Viveca Lindfors, the tall, dark and square-shouldered Swedish actress whose towering presence made her a star in dozens of movies and plays, died yesterday in Uppsala, Sweden. She was 74. 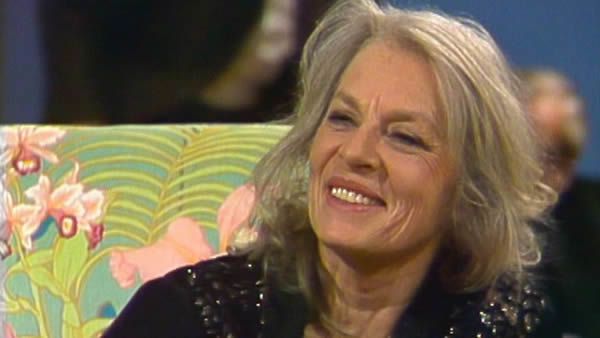 The cause was complications from rheumatoid arthritis, said her daughter, Lena Tabori. The actress, who lived in Manhattan, had returned to her home city in July to tour in the play "In Search of Strindberg," Ms. Tabori said.

Miss Lindfors, who played a scientist in the 1994 science-fiction film "Stargate," stars in the movie "Last Summer in the Hamptons," which opened last week at the East Hampton Film Festival and is to open next month in New York City and Los Angeles.

The film is about one of Miss Lindfors' favorite activities: spending time with relatives in the Hamptons when not working on stage or before a camera, Ms. Tabori said.

Ms. Lindfors, whose full name was Elsa Viveca Torstensdotter Lindfors, trained at the Royal Dramatic Theater in Stockholm for three years before starting to make films in 1940. Her father, Torsten, was a publisher of art books; her mother, Karen, a painter.

Miss Lindfors appeared in many plays in Sweden and was considered that country's leading film attraction before leaving in 1946 for the United States, where her auburn hair and elegant features led more than one observer to proclaim her an actress of Garboesque beauty.

Her American screen debut was two years later in "Night Unto Night," with Ronald Reagan. The director was Don Siegel, who would become her third husband.

Her early starring roles in American movies included parts in "Adventures of Don Juan" (1948), with Errol Flynn; "No Sad Songs for Me" (1950), with Margaret Sullavan, and "Four in a Jeep" (1951), with Ralph Meeker, for which she won the "Best Actress of the Year" International Film Award.

Her 1955 Broadway debut in the title role of "Anastasia," a drama about a woman claiming to be the missing daughter of Czar Nicholas 2d, won her immediate acclaim from critics and an award from the Drama League.

One critic called her acting in that play "electrifying." In an interview, Miss Lindfors said she had brought her performance to a peak by torturing herself with memories of how she felt upon the death of her brother two years earlier, "so that I could find the feelings of Anastasia."

Brooks Atkinson wrote in The New York Times, "As Anastasia, longing desperately for the consolation of reunion with a blood relative, Miss Lindfors is all grace, softness and humility."

Miss Lindfors appeared in plays by Shakespeare, Brecht, Tennessee Williams and others. In 1966, she was a founder and artistic director of the Berkshire Theater Festival in Stockbridge, Mass.

Her television appearances included parts in the series "The Defenders" and "The Nurses." She also had starring roles in televised productions of the Dostoyevesky novel "The Idiot" and the Thornton Wilder story "The Bridge of San Luis Rey."

In 1990, Miss Lindfors was attacked by a man who slashed her face with a razor as she walked in Greenwich Village. Her wounds required 28 stitches.