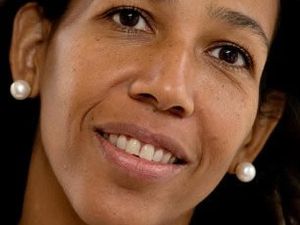 It is one of the most harrowing scenes in Schindler’s List.

Jennifer Teege was among the millions to see the epic Holocaust film – but in her case without realising Goeth was her maternal grandfather.

She discovered the horrifying truth only by chance when, years later, she picked up a book about the SS captain in her local library.

It was written by Goeth’s illegitimate daughter, whose picture looked like Mrs Teege’s own mother, who had given her up for adoption.

‘It was like the carpet was ripped out beneath my feet,’ said the 43-year-old, who is a mother of two living in Hamburg. ‘I had to go and lie down on a bench.'

When she got home she read the book cover to cover.

She quickly realised her mixed-race ancestry would have made her a potential victim for her grandfather, who was known as the Butcher of Plaszów.

She was born as the result of a fling between her mother Monika and a Nigerian student.

At just a few weeks old, she was left at a children’s home and later placed with a foster family. 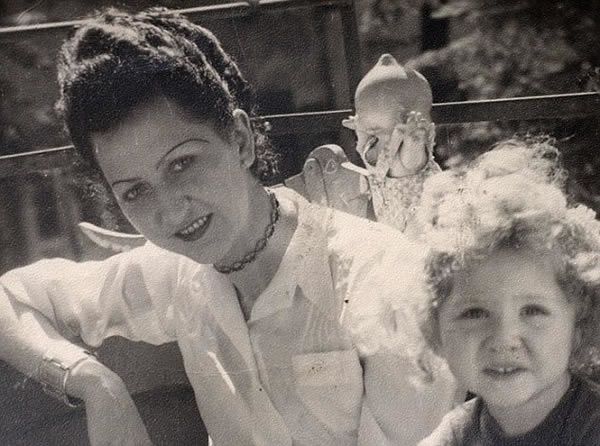 She enjoyed a middle-class upbringing in Munich and although she occasionally saw her natural mother, the dark family secret was kept from her.

Nor did she learn it from her grandmother Ruth, who worked as a secretary to Goeth and lived as his lover in the Plaszów camp in a suburb of Kraków in German-occupied Poland. She gave birth to Monika in 1945.

Mrs Teege first saw Steven Spielberg’s 1993 Oscar-winning film as a student when she was living in Israel. ‘I drew no connection with my own life,’ she recalled.

‘Even though my birth name is Goeth, it wasn’t written out on the screen – so when I heard it in the film, it didn’t even occur to me that there could be a link. Trial: Goeth was executed after being convicted of war crimes but remained devoted to the Nazi cause

‘Now I know that, as I have black skin, he would have seen me as sub-human like the Jews he killed.’

Vienna-born Goeth was executed in 1946 but his crimes have overshadowed the lives of his family. Ruth, who consistently denied he was a murderer, had a picture of him above her bed when she committed suicide in 1983.

Monika, who is estranged from Jennifer, is said by one commentator to waver between hatred and justification in interviews she has given about her book, which is called: I Have To Love My Father, Right?

In 2010 Monika said: ‘My Nazi father shot women with babies in their arms from his balcony.

‘I am tormented by how much of him is in me.’

Her daughter said: ‘She was absolutely unable to cope with her own history. She wanted to protect me by keeping me in the dark about it.’ 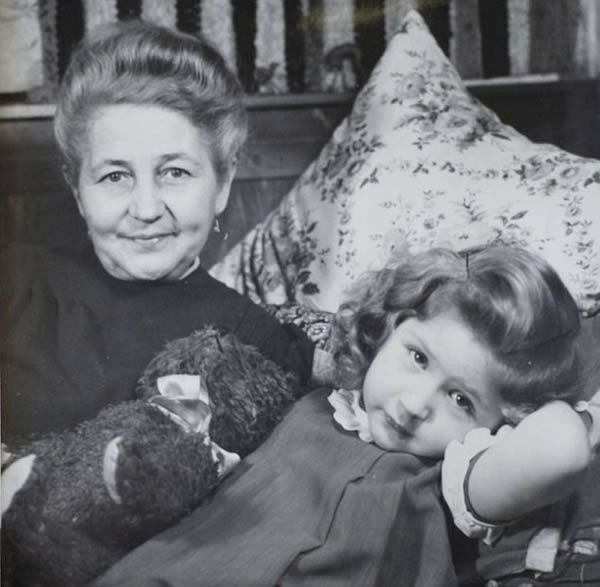 With a co-author, Mrs Teege is writing a book – My Grandfather Would Have Shot Me – and has repeatedly visited the Oskar Schindler museum in Kraków, the family villa at Plaszów, and recently laid flowers for her grandfather’s victims at the camp.

Her quest to unravel her family tree will not end there, however. She is starting to explore her  African roots too.

Her grandfather personally oversaw the liquidation of the Kraków ghetto in 1943, forcing its Jewish inhabitants deemed capable of work into his camp. Those who were declared unfit for work were either sent to the Auschwitz death camp or shot on the spot.

In conditions of slave labour, the inmates were terrorised by Goeth who would have them killed for the slightest breach of the rules.

In many cases, prisoners were executed in response to the ‘laziness’ or escape attempts of others.

The SS monster who revelled in murder