Michael Karkoc (born March 6, 1919 in Lutsk, Ukraine) was a military officer who served in the Ukrainian Self Defense Legion (USDL) and later in the Waffen-SS during World War II. In June 2013 a man with the same name who lives in Minnesota was alleged by Associated Press to be the same person. 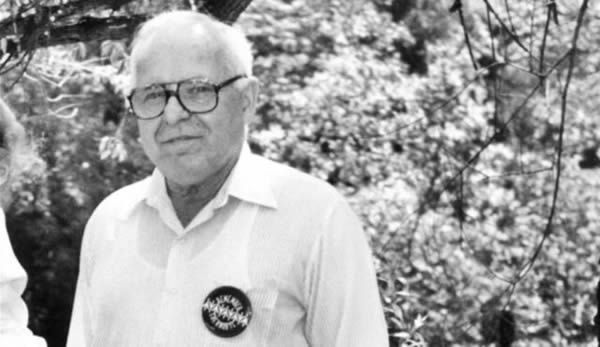 The Minnesota Michael Karkoc's son has rejected his father's identification as a "Nazi". According to Associated Press Karkoc was a founding member and a lieutenant in the 2nd Company of the Ukrainian Self Defense Legion. The USDL was one of the battalions of the Schutzmannschaft organized and sponsored by the Nazi German Schutzstaffel, led by the Nazi German SS-Police, and the Nazi German Sicherheitsdienst (SD) SS Intelligence Agency. Following the disbandment of the USDL, he was transferred to the 14th Waffen Grenadier Division of the SS (1st Ukrainian) "Galizien" ("14th Waffen-SS Division"), where he was an officer and served as a deputy company commander.

The USDL allegedly took part in war crimes against civilians in Ukraine and Poland. His personal participation in any war crimes has not been demonstrated, but according to AP, Nazi German records suggest that as the lieutenant and company leader he, along with his USDL unit, participated in suppressing the August 1944 Warsaw Uprising, as well as multiple other actions against civilians including the massacres at the villages of Chłaniów and Władysławin on July 23, 1944. Some news reports, referencing the AP investigation state that Karkoc served in the 14th Waffen-SS Division and that it helped to suppress the Warsaw Uprising; however the Division did not participate in the fighting of the Warsaw Uprising, nor was it even in Poland at the time.

The USDL was disbanded in November 1944 and the few surviving units were mostly assigned to the 30th Grenadier Division of the Waffen-SS. In the first months of 1945, some of the remaining elements of the USDL, formally known as the 31 SD Schutzmannschafts Battalion, were transferred to the 14th Waffen-SS Division, which was engaged in anti-partisans actions on the Slovenian-Austrian border. Thus if Karkoc had been a member of the 14th Waffen-SS Division, it would have been for a few months before it surrendered to Western Allies by May 10, 1945.

According to AP a Nazi German payroll sheet found in Polish archives signed by an SS officer on Jan. 8, 1945, suggests that Karkoc was present in Kraków, Poland, to collect his salary as a member of the USDL. A man named Michael Karkoc immigrated to the U.S. in 1949 after claiming to the immigration authorities that he had performed no military service during the war. At that time he said that he worked for his father until 1944 and then worked in a labor camp from 1944 until 1945. Ten years after immigrating he became a naturalized U.S. citizen.

In June 2013, the Associated Press published a lengthy investigative report after a tip from Nazi war crimes researcher Stephen Ankier, which alleged that the man named Michael Karkoc currently living in Minneapolis, Minnesota is the same Michael Karkoc who was a "SS commander", born in 1919, and that he had acknowledged his roles with the USDL and the 14th Waffen-SS Division in a 1995 Ukrainian language memoir. Andriy Karkos, Michael Karkoc's son who spells his last name differently from his father, stated that his father was never a Nazi and accused the Associated Press of defaming his father.