Murder on an industrial scale

The discovery of Nazi concentration camps towards the end of WW2 revealed the full horror of Hitler's plans to exterminate Europe's Jews and other minorities. The media reports of the systematic slaughter shocked the world.

What happened in Germany to lead to these events? And how much was known about the mass murders during the years that led to one of the darkest chapters of the 20th Century? Hitler rose to power in Germany by offering a version of history in which the depression of the 1930s was the fault of the Jews.

Hitler was appointed Chancellor of Germany in 1933

Hitler rose to power in Germany by offering a version of history in which the depression of the 1930s was the fault of the Jews.

In January, Adolf Hitler was appointed Chancellor of a coalition government, his own National Socialist party being the largest in parliament.

Hitler quickly moved to cement his power by suspending many civil liberties and allowing imprisonment without trial. By March, the first Nazi concentration camp was established at Dachau, not to imprison Jews but to hold political dissidents. Further laws targeted Jews, restricting the jobs they could hold and revoking their German citizenship. Anti-Semitic sentiment increased as the Jewish population was blamed for many of Germany's recent and historical problems.

In a speech broadcast on BBC radio in November 1934, Churchill warned of the Nazi ‘gospel of intolerance and racial pride'.

By August, Hitler’s grip on power was secured after a bloody purge that destroyed all opposition in the party. He declared himself Führer, or leader.

His grip on German society tightened and those who publicly objected to Nazi policies were often sentenced to hard labour in the rapidly expanding concentration camp system. Jews were subjected to further laws restricting their rights, but rising anti-Semitism in Europe wasn’t limited to Germany. In the UK, Oswald Mosley’s British Union of Fascists gained support from sections of the public and press, even filling the Royal Albert Hall in April. The Nuremberg Laws defined a Jew as anyone with three or more Jewish grandparents. Four German grandparents were needed to be classified as German.

In September, policy escalated. The Nuremberg Laws reduced Jews to second-class citizens because of their 'impure' blood.

Defined by the religion of their grandparents rather than by their own beliefs, Jews were viewed as having impure blood lines. The new laws were taught in schools, cementing anti-Semitism in German culture. Most Germans kept quiet, often benefiting when Jews lost jobs and businesses. Persecution of other minorities also escalated: the police were given new powers to arrest homosexuals and compulsory abortions were administered to women considered to be ‘hereditarily ill’. The Berlin Olympics was a propaganda success and marked Germany's return to the world stage after the First World War.

The Third Reich on show

Hitler's anti-Semitic rhetoric had turned many Germans against the Jews. But a different propaganda strategy was needed for a global audience.

The Summer Olympics in Berlin gave the Nazis a platform to project a crafted image to the world. Despite calls for boycotts, the games were a success. Anti-Jewish notices were removed and German spectators cheered black athlete Jesse Owens to four gold medals. Visitors saw a tolerant Reich. However, three days after the games ended, the head of the Olympic Village, Wolfgang Fürstner, killed himself as he would soon be dismissed due to his Jewish ancestry under the Nuremberg Laws. A poster advertising the 1937 exhibition 'The Eternal Jew': a landmark in anti-Semitic propaganda, which opened in Munich and toured Germany.

As the world’s eyes were on the battle between Fascism and Communism in Spain, the Nazis stepped up their erosion of civil rights in Germany.

Concentration camps began to incarcerate ‘habitual criminals’ in addition to political prisoners. Goebbels stepped up anti-Semitic propaganda with a traveling exhibition which cast Jews as the enemy. Nearly half a million people attended. Some guessed worse would come. Winston Churchill criticised British relations with Germany, warning of ‘great evils of racial and religious intolerance’, though many colleagues complained of his ‘harping on’ about Jews. 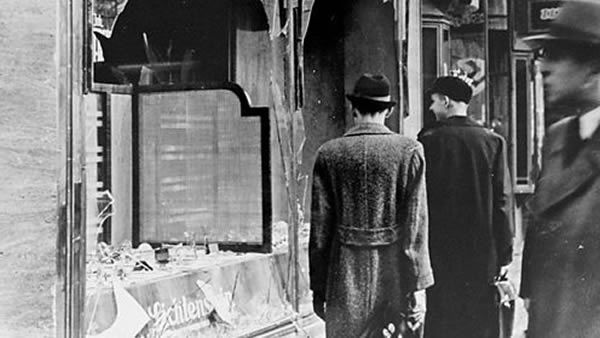 Kristallnacht - the 'Night of Broken Glass' - was an escalation in Nazi persecution of the Jews.

In March, Germany invaded Austria and by September parts of Czechoslovakia too, drawing new territories under the regime of Nazi persecution.

In November, attacks erupted against Jewish businesses. At least 91 Jews died and 267 synagogues were destroyed in a centrally coordinated plot passed off as spontaneous violence across Germany. Thousands of Jews were sent to concentration camps and were only released if they agreed to leave the Nazi territory. Many Jews decided to flee, though options were limited. Britain agreed to house Jewish children, eventually taking in 10,000 minors, but refused to change its policy for Jewish adults. 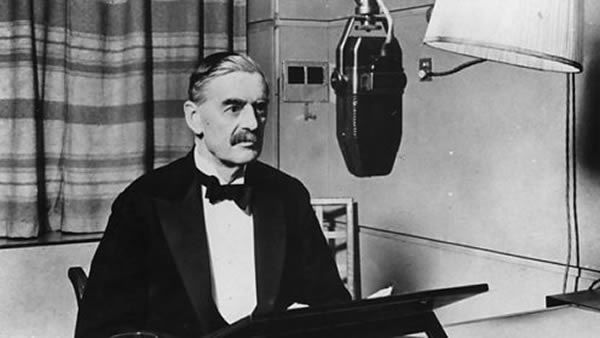 The world at war

Until this point, Nazi strategy had concentrated on getting Jews to leave the Reich but when war broke out in September a different plan emerged.

By the end of September, the SS had started to develop plans to deport Jews to newly invaded Poland: the first steps towards the systematic murder that would follow. In Poland itself, thousands of Poles and Jews were rounded up and shot, early indications of the systematic murder that would follow. Alongside this, Hitler approved a new programme of euthanasia to exterminate the handicapped and mentally ill. 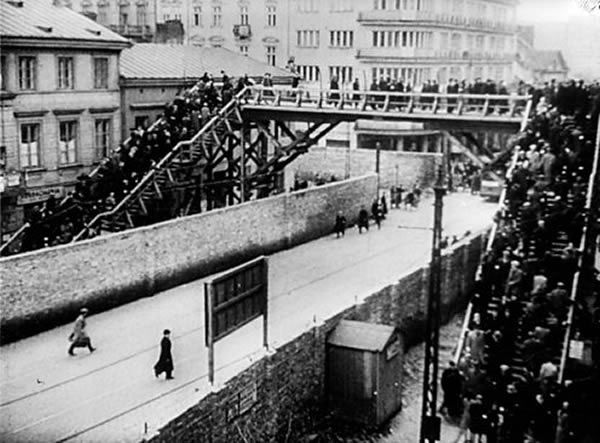 The Warsaw Ghetto was sealed on 16 November 1940. The walls were 3m high, topped with barbed wire. Anyone trying to escape would be shot.

German forces marched across Europe. Of the occupied countries, some capitulated and implemented Nazi policy immediately. Others held off for longer.

For the first time, camps were created specifically for Jews. Their conditions were far worse than other camps. The implicit intention was that the inmates would die there. Increasing numbers of Jews in Poland were relocated in ghettos. Non-Jewish Poles were also deported from their farms and villages to make room for ‘pure’ ethnic Germans to populate the new territory. A former inmate describes his experiences in a concentration camp

The Nazi policy on Jews moved from expulsion to containment to commanders being ordered to systematically murder the Jews of Europe.

Methods of mass murder evolved at local levels as well as being decreed from Nazi high command. Killing squads rounded up and shot entire Jewish communities. Over two days in Kiev, 33,771 Jews were shot. The murder of Jews rapidly escalated, in part because local Nazi leaders didn’t have enough room to place them in the ghettos. By the end of the year, plans to implement the systematic slaughter of Jews by using gas in mobile trucks and gas chambers were well underway. 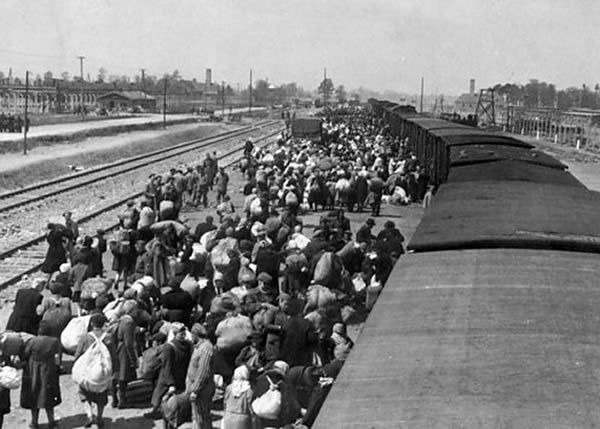 Jews from across Europe were transported by train to extermination camps. Those not selected for work were usually dead within hours of arriving.

More Jews were murdered in 1942 than in any other year of the Holocaust, the majority in the newly created extermination camps.

Of the 430,000 sent to the first death camp at Bełżec in Poland, there were only two survivors. 700,000 were killed at Treblinka in just five months. In July, Himmler ordered that all Jews in key areas of Poland, except for those needed for essential labour, were to be killed by the end of the year. Most were. Despite Allied intelligence receiving detailed reports of the mass murders in Europe, the public reaction in Britain was largely a mixture of apathy and disbelief. 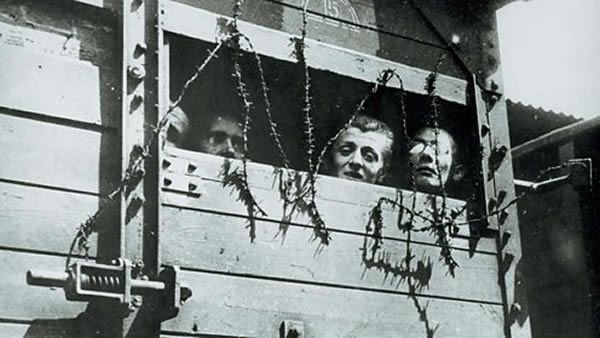 Prisoners arrive at a concentration camp in 1943

Germany was now losing the war. Vital resources were still ploughed into implementing the 'Final Solution' – the extermination of all Jews in Europe.

Uprisings broke out in some extermination camps. The few remaining Jews kept alive to dispose of bodies and sort possessions realised the number of transportees was reducing and they would be next. Civilian uprisings occurred across Poland as mainly young Jews, whose families had already been murdered, began to resist Nazi oppression. With reports of rebellion and mass murder in the British press, the situation in the camps could no longer be be ignored. Gita Carthagena describes what it was like to be in Auschwitz

The long march to Germany

By March, the Allies were driving the German army back.

Tens of thousands of Jews held in the eastern territories were marched towards the heart of Germany so they could not bear witness to the Allies. Aware that the world had been alerted to the horrors of the camps, the Nazis sought to destroy evidence. In June, Soviet forces liberated the first major camp, known as Majdanek, in Lublin, Poland. The Nazis had burned down the crematorium chimney but had failed to destroy the gas chambers and barracks. Only a few hundred inmates were still alive. 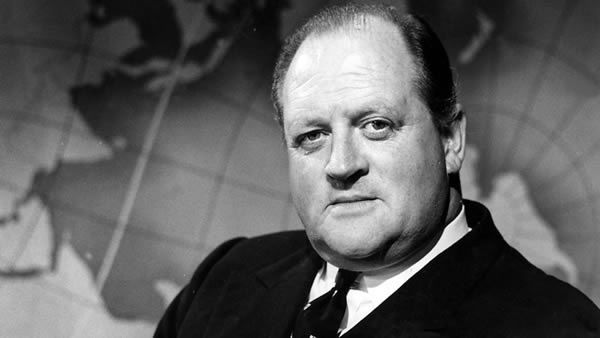 Richard Dimbleby reports on the liberation of Belsen for the BBC.

As the Allies swept to victory in Europe and camps were liberated across the once Nazi-occupied territories, the full scale of the Holocaust emerged.

The Allies found camps that were catastrophically over-crowded with no food or sanitation. General Eisenhower ordered careful documentation of evidence by occupying troops as thoughts turned to justice. Hitler and other senior Nazis including Himmler and Goebbels killed themselves. In November, trials of captured Nazi leaders began at Nuremberg. The international military tribunal delivered its verdict on 21 senior Nazi officials. 18 were found guilty and three were acquitted.

11 of Hitler’s deputies were given death sentences, including Goering, the most senior surviving Nazi. However he too committed suicide the night before he was due to hang. Others received prison terms. Albert Speer, Hitler's personal architect, was released in 1966 and spent his remaining years writing about the Nazi regime, donating most of his royalties to Jewish charities. Rudolph Hess committed suicide in prison in 1987. Many Nazis evaded justice altogether and were never tried.