When disobedience is the only moral choice. 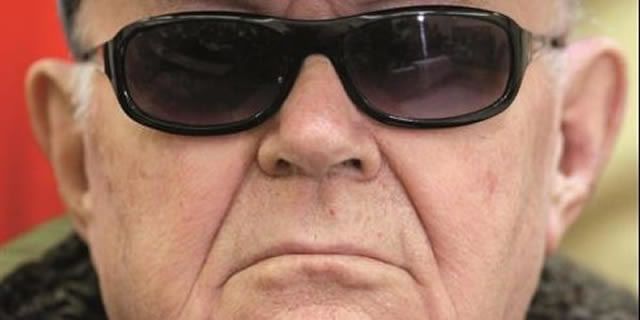 Within a few years, the Holocaust will pass beyond living memory. The last survivors will no longer be with us to speak of suffering unsurpassed in modern history.

The story told by Lawrence Douglas in The Right Wrong Man is a vital part of that narrative of barbarism. It is a remorselessly fascinating account of the longest trial of any defendant accused of Nazi crimes.

John Demjanjuk was far from being a central figure in the deranged and barbarous scheme for which Adolf Eichmann, architect of the Final Solution, was hanged in 1962. That indeed is his historical significance. Born in Ukraine,

Demjanjuk was a conscript in the Red Army who, after being captured by the Nazis, was sent to work as a guard in the death camp at Sobibor. By subterfuge, he managed to settle in the United States after the war.

Legal proceedings began against Demjanjuk in 1975. A little over a decade later, he was extradited to Israel, where he stood trial accused of being an infamous sadistic guard at Treblinka called Ivan Grozny, nicknamed "Ivan the Terrible".

He was found guilty and sentenced to death - yet it was a case of mistaken identity. To the immense credit of Israel's legal system, the Supreme Court acquitted Demjanjuk in 1993. He was the wrong man.

Right-wing demagogues like Pat Buchanan seriously compared Demjanjuk to Dreyfus. In fact, Demjanjuk was a mass murderer. He happened not to be the brutal sadist of Treblinka but was a functionary of genocide nonetheless.

Demjanjuk was eventually convicted in 2011 in a court in Munich for assisting the SS in the murder of 28,000 Jews at Sobibor. He was thus the "right wrong man". He died a few months later.

Lawrence Douglas has written a perceptive and thought-provoking analysis of the tortuous legal arguments and the anguish that the Demjanjuk case inflicted on Holocaust survivors and the state of Israel.

He is a legal academic but his writing is skilful and evocative. He combines observations of the personalities in the trials with acute insight into the nature of the historical testimony on which the Demjanjuk case rested.

Unlike the case of Eichmann, the prosecution of Demjanjuk "turn[ed] less on specific evidence of what John Demjanjuk did than on historical evidence about what people in Demjanjuk's position must have done".

The eventual conviction of Demjanjuk for his crimes may, Douglas concludes, be anticlimactical, or even disappointing, in the sense that he was no Himmler or Eichmann.

He was an operator of the machine of death rather than its designer. But that is the real significance of the Demjanjuk case.

"For Demjanjuk," says Douglas, "truly was what Eichmann claimed to be: a faceless facilitator of genocide."

Eichmann's claim was a lie but it would have been no legal or ethical defence even if it had been true. Demjanjuk's conviction demonstrates the hollowness of the notion that functionaries can follow orders without consequence or culpability.

Oliver Kamm is a Times writer and JC columnist