Semken, on left, in the Netherlands in late 1944

Major John Semken, who has died aged 95, was awarded an MC and the American Silver Star in 1944; he subsequently had a successful career at the Bar and with the Home Office.

On June 11 1944, shortly after landing in Normandy, the Sherwood Rangers Yeomanry’s Regimental HQ was in a farmyard at St Pierre, near Tilly, when it took a direct hit from an artillery shell. The CO was killed and Semken assumed command of A Squadron from his role as technical adjutant – in which he had re-equipped SRY from scratch as an amphibious armoured regiment for D-Day.

On June 26, the second day of the battle for Fontenay-le-Pesnel, the regiment was ordered to attack south. Semken was leading his squadron through the village to his start line when he came face to face with a Tiger tank. He immediately ordered his gunner to fire. He fired four shots before the Tiger was able to retaliate, knocking out the tank.

A and B Squadrons’ advance was then held up by enemy tanks which attacked in strength to their front and from their left flank. The Germans were dazzled by the setting sun and the reflections off their hulls made them easier to spot. Semken exploited this and deployed his squadron with such skill that he knocked out eight tanks and reached the village of Rauray without a single loss to his own force. He was awarded an Immediate MC. 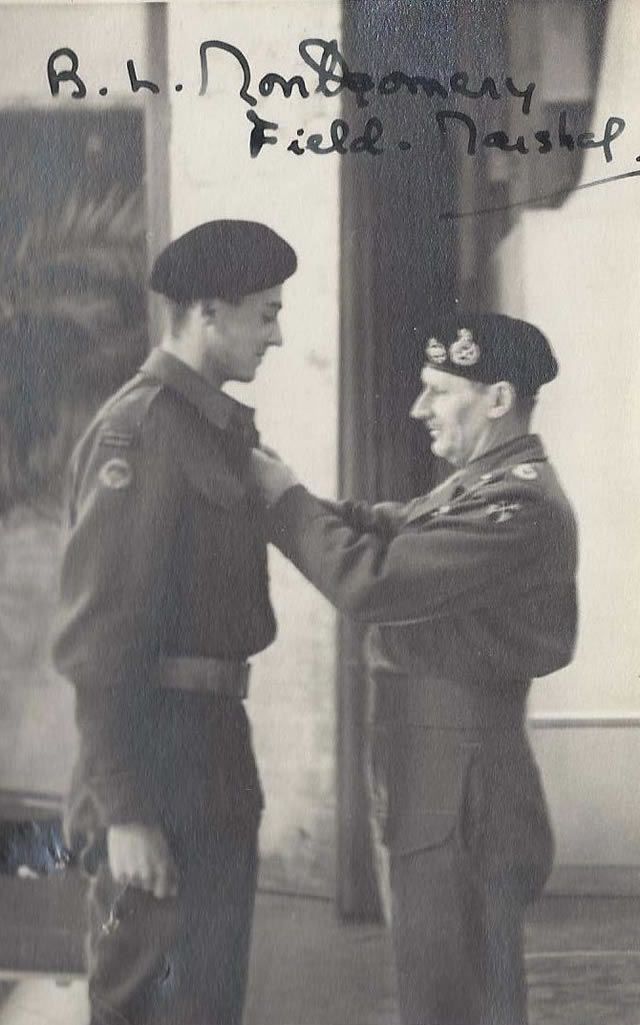 John Douglas Semken was born in London on January 9 1921 and educated at St Alban’s School. In 1938, he was articled to Sir Louis Gluckstein of Bartletts & Gluckstein, a London firm of solicitors, of which his father was a partner, and he joined the Inns of Court Regiment at the same time.

He was commissioned in March 1940 and joined the SRY in Palestine in October that year just prior to their being converted to an armoured regiment. He took part in the whole of the North African campaign as a troop leader, starting with the battles of Alam Halfa and El Alamein.

In November 1944 the SRY was supporting the 84th US Infantry Division in an action to breach the Siegfried Line at Geilenkirchen. Semken led A Squadron in an action to force a crossing of a railway line which was guarded by a minefield. When the flail tank ahead of him was immobilised by a mine, he took over the lead and his luck held until he was almost through the field. His tank was then blown up by multiple explosions.

His squadron was through but they had to continue without him. That evening, the padre went in search of him and found him in a captured block-house reading poetry. He was awarded the Silver Star.

Semken was demobilised in 1946 and went up to Pembroke College, Oxford, where he read Jurisprudence. He was one of a group of undergraduates who subscribed for and commissioned a Junior Common Room war memorial, a fine sculpture, which stands by the door of the chapel. He was called to the Bar by Lincoln’s Inn in 1949 and practised at the Chancery Bar until 1954 when he joined the Legal Adviser’s branch of the Home Office. He became head of that department in 1977, and a member of the Criminal Law Revision Committee in 1980, retiring in 1983. He endeared himself to the junior lawyers at the Home Office by visiting them in their own rooms to discuss their work and would pepper his advice with aphorisms like “that cock won’t fight” or “that’s a horse of an entirely different colour”.

He retired to Aldeburgh. He was appointed CB in 1980 and was awarded the Légion d’Honneur in 2015.

John Semken married, in 1952, Margaret Poole. She predeceased him and he is survived by their three sons.