UPDATED with statements from Alan Horn and Norman Lear: Jerry Perenchio, billionaire Hollywood mogul, former Univision Chairman and CEO and ex-business partner of Norman Lear, died Tuesday after a five-month battle with lung cancer, his family told the Los Angeles Times. He was 86. Perenchio began his decades-long career as a talent agent whose firm repped such stars as Andy Williams, Glen Campbell and Henry Mancini. As promoter in the 1970s, he was behind the historic first matchup of heavyweight boxers Muhammad Ali and Joe Frazier and also staged the historic “Battle of the Sexes” tennis match between Billie Jean King and Bobby Riggs in 1973.

He went on to work as a film producer on such classic 1980s pics as Blade Runner and Driving Miss Daisy before a brief stint as owner of the Loews theater chain. In the ’90s, he bought cash-strapped Univision Communications with an initial investment of $33 million, transforming it into the country’s predominant Spanish-language media conglomerate and a Fortune 500 company. He and two partners sold Univision to a Haim Saban-led investment group for $12.3 billion in 2007, reportedly netting $1.3 billion for himself. Forbes recently estimated his net worth at $2.7 billion.

In 1973 he began working with legendary television producer Norman Lear. In a 2006 interview with the Times, Lear said, “Jerry was tough, terribly smart and terribly straightforward.” Lear had been working with his producing partner Bud Yorkin at the time. “Neither of us were business people,” Lear told the paper. “But when Jerry joined us, he made it a business.” 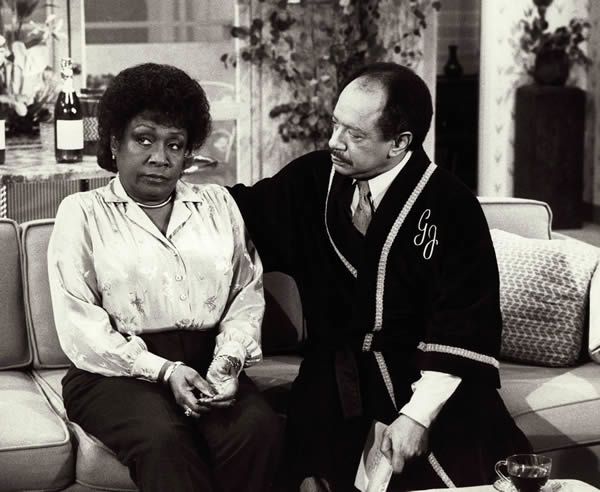 The following year Lear and Perenchio formed TAT, a new production company that produced the TV classics The Jeffersons, One Day at a Time and Mary Hartman, Mary Hartman.

In 1982, he and Lear acquired Avco Embassy Pictures for $25 million, merging with it with their TV businesses. It was with Avco Embassy Pictures that they distributed movies such as Blade Runner, This Is Spinal Tap and A Chorus Line. It was sold, along with its rich library of Lear television shows, to Coca-Cola for $485 million in 1985.

“The world has lost a glorious, most generous man and an absolute original,” Lear wrote after learning of the passing of his dear friend. “There will never ever be another him.”

“Jerry Perenchio brought me into the entertainment industry to join him, Norman Lear, and Bud Yorkin at (then) Tandem Productions. He was a mentor, a dear friend, and a singular, brilliant talent. More important, he was a man of total integrity, whose humility belied his extraordinary success,” said Horn in a statement. “I loved him.”

Early on in his career, Perenchio also had worked with media mogul Lew Wasserman, joining his Music Corp. of America, a multi-faceted company which at that time had its hand in booking bands, producing films, distributing TV shows and representing talent.

Perenchio also was one of Malibu’s largest land holders through his ownership of the Malibu Bay Co. His home where he died was the enigmatic Bel-Air mansion known to millions of television viewers as the home of the fictional Clampetts in 1960s sitcom The Beverly Hillbillies.

He also was politically active, donating money to dozens of candidates over the years including Carly Fiorina’s 2016 presidential bid. He also was one of the earliest and largest financial backers of U.S. Sen. John McCain’s presidential campaign and also contributed to money to former Gov. Arnold Schwarzenegger, Sen. Diane Feinstein, former Mayor Richard Riordan and former Mayor Antonio Villaraigosa. He also served on the board of directors for the Ronald Reagan Presidential Foundation & Institute.

In addition to political donations, Perenchio donated tens of millions to charities, foundations and building projects, including Walt Disney Concert Hall and the Ronald Reagan UCLA Medical Center. His 2014 gift to LACMA of 47 master artworks worth a combined $500 million-plus is the largest in the museum’s history.