The murderous Third Reich was built on the back of hate, violence, and an adoration for all things supernatural 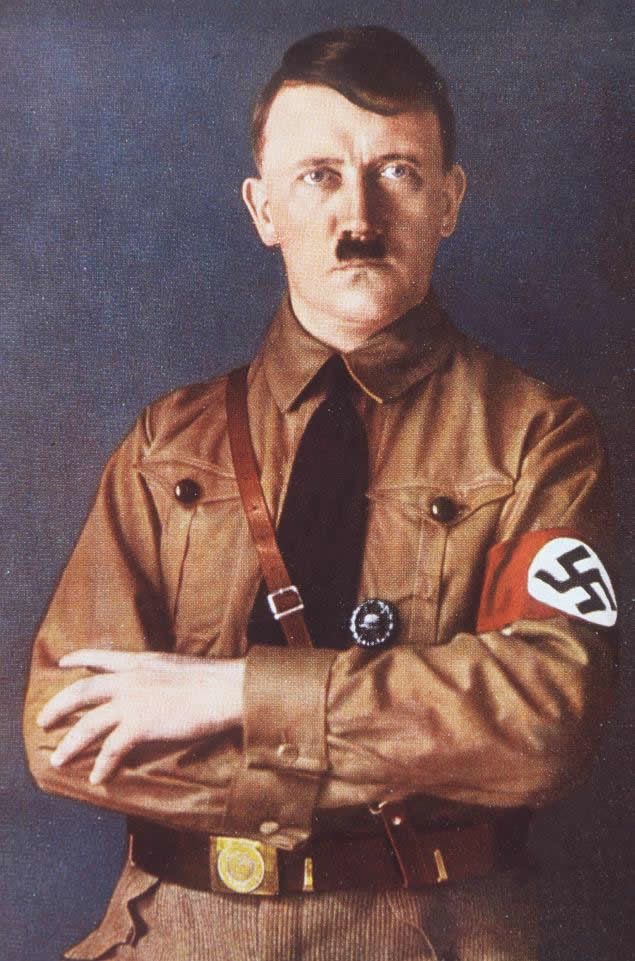 The Nazi obsession with the occult went right to the top of the party, with Hitler a firm believer

HITLER'S sick Nazi regime was obsessed with the occult, and used to look for supernatural inspiration to justify their evil actions.

The murderous Third Reich wasn't just built on the back of hate and violence, it was also underpinned by an adoration for all things occult.

The Nazis were always obsessed with the supernatural, and Hitler himself was a great believer in all sorts of outlandish conspiracies and magical prophecies.

This occult fixation went so far that the SS even established a division to find evidence that witches were real - and had been hunted to extinction by Jews.

It sounds like the plot of a terrible book, but the SS Witches Division was all too real.

Members of this division, founded by Himmler, scoured eastern Europe throughout the second world war for evidence that "wise women" had been persecuted in a Jewish-Catholic inquisition.

They believed that the witches they were looking for were of true German blood, and used their alleged extinction as another excuse for their racial hatred towards Jews. Historian Eric Kurlander has previously exposed the depths of the Nazis' sick obsessions in his book: Hitler's Monsters: A Supernatural History of the Third Reich.

In it, he explains how the Nazi's misguided sense of racial superiority came from a wacky doctrine called World Ice Theory, which Hitler adopted as the party's official cosmology.

Believers of the warped and discredited worldview claimed the white "Aryan" man didn't evolve like other humans, and was instead created by "divine sperm" from space.

As an extension of this supernatural theory, Nazis convinced themselves that Jesus Christ was a white Aryan, and shared their "superior" blood. Hitler and his deputy, Rudolf Hess, both shared a belief in wild and occult conspiracies

Astrology also played a huge role in the Nazi empire, with deputy Fuehrer Rudolf Hess employing a personal astrologer to draw his horoscopes.

After Hitler's Axis ally Mussolini was arrested, the Nazis employed a team of 40 astrologers, tarot readers and magicians to try to track him down.

Having read prophesies by French future-teller Nostradamus, Goebbels convinced himself that his predictions pointed to Britain being on the verge of defeat. Hess, pictured at the Nuremberg Trials, justified his racial politics with occult nonsense

Other occult practices throughout Hitler's Reich included the tendency for naval captains to use "magical" pendulums when looking for British boats.

They would hold the pendulum over a map, and believed that any violent swings would indicate a British boat was lurking in the waters nearby.

Brits, on the other hand, used radar. Previously, we explored the other offbeat aspects of the vile Nazi regime, including the ludicrous claim that Nazi scientists set up a base on the moon.

We also told how Gestapo boss Heinrich Himmler had once cooked up an evil scheme to steal the Bayeux Tapestry.