Gudrun Burwitz, the daughter of the architect of the Holocaust, was a committed Holocaust denier who became known as the 'Princess of Nazism' 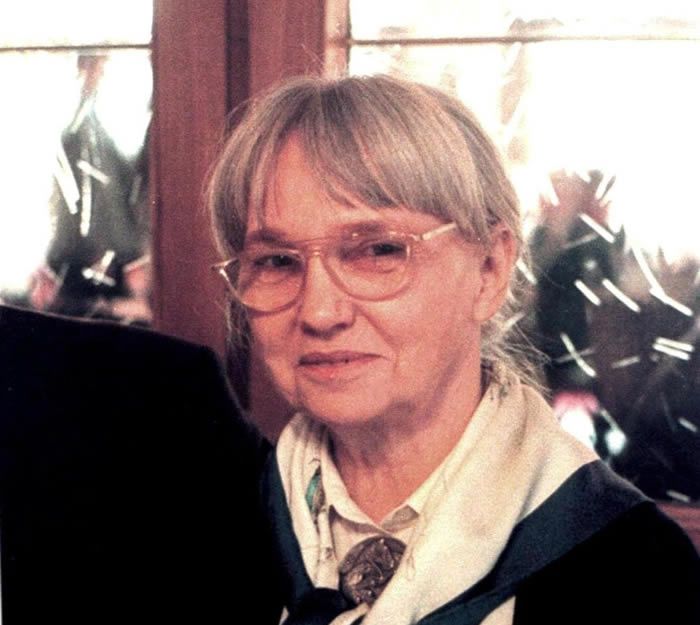 Gudrun Burwitz worked for the German Bundesnachrichtendienst agency from 1961 to 1963, it has been revealed ( Rex )

Gudrun Burwitz, the daughter of the architect of the Holocaust and a fervent Nazi until her death last month, was employed by West Germany’s Bundesnachrichtendienst (BND) – the Federal Intelligence Service – from 1961 to 1963, the agency has confirmed.

She worked as a secretary at the BND’s headquarters in Pullach, near Munich, but used a different name. 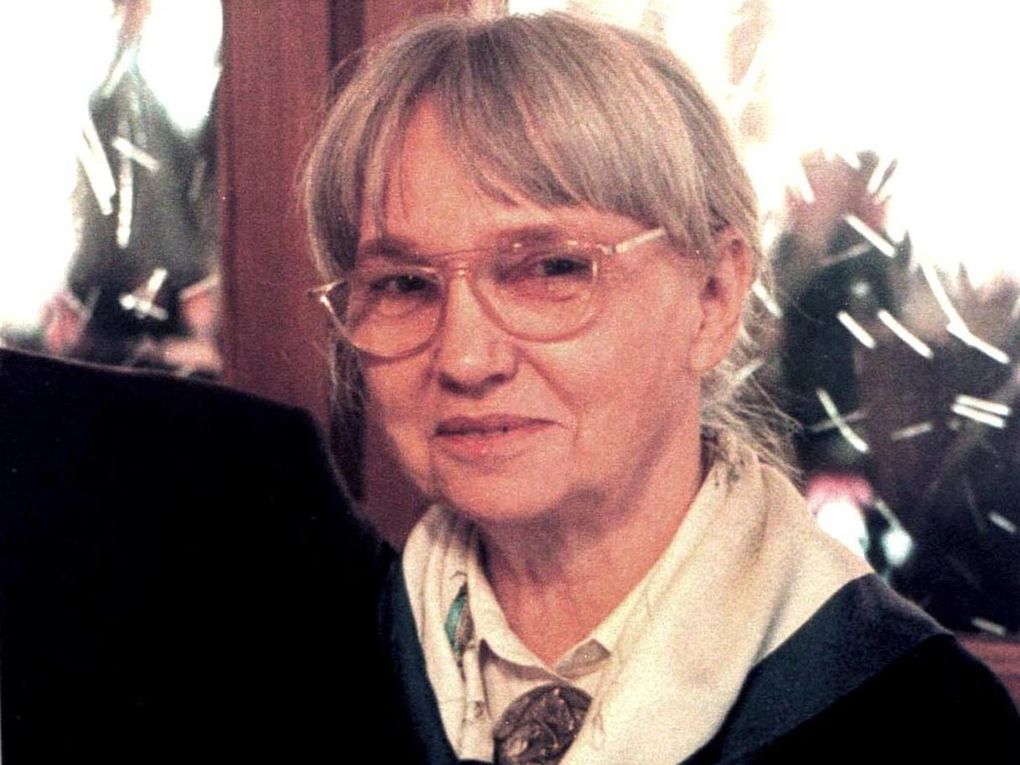 After being captured at the end of the Second World War, Heinrich Himmler killed himself before he could be put on trial (Getty)

Her work for the German intelligence service has been revealed by the German newspaper Bild, at the same time that it reported that Ms Burwitz had died aged 88.

Despite her father having been head of Hitler’s SS and therefore heavily responsible for the murder of six million Jews, as well as the deaths of gypsies and gay people, Ms Burwitz remained a committed Holocaust-denier to the very end.

As an ageing grandmother, she took a leading role in an organisation called Stille Hilfe (Silent Help), which supported former SS members when they were arrested for crimes against humanity, and gave succour to others seeking to evade justice.

The group is thought to have been first created in 1951 by a group of SS officers and rightwing German clergy.

Ms Burwitz's later involvement in the organisation helped ensure that in some quarters she was referred to as the “Princess of Nazism”. Burwitz with her mother and her father, the chicken farmer-turned-SS-chief, Heinrich Himmler (Bundesarchiv)

She was also suspected of being a supporter of, and inspiration to modern neo-Nazi movements.

In 2011 Andrea Ropke, an authority on neo-Nazism, was quoted as saying: “Silent Help is not only about former National Socialists. It collects money too for the neo-Nazi movement.”

Thanks partly to her blonde Aryan looks, Burwitz was adored by her father. The head of the SS called her püppi, or little poppet.

She, in turn, seems to have relished her father’s powerful position in Hitler’s dictatorship and the deference shown to her as a result.

But when she was three months short of her 16th birthday, the war in Europe ended and Himmler killed himself before he could be brought to trial.

Burwitz seems to have suffered some sort of breakdown when told the news, refusing to accept that her father could have taken “the coward’s way out”, and instead insisting that the man she idolised had been murdered by the British who captured him.

The BND told Bild that it didn’t normally comment on personnel issues but had confirmed Burwitz worked there as part of its effort to be transparent about Nazi links in its past.

That such a character could have worked for the postwar German intelligence service should not, however, come as so much of a surprise.

As long ago as the 1950s, the German newspaper Frankfurter Rundschau was reporting that in the early days of the postwar organisation that became the BND: “It seems that in the headquarters, one SS man paved the way for the next and Himmler’s elite were having happy reunion ceremonies.”

That was a reference to the Gehlen Organisation, set up in the immediate aftermath of the Second World War by Reinhard Gehlen, who had served Hitler as head of German army intelligence on the Eastern Front.

At the end of the war, Gehlen surrendered to the Americans and seized the opportunity to present himself as the ideal man to help them in their new struggle against communist Russia.

He had in place, he promised, anti-communist agents who could switch from serving Nazi Germany to assisting the US.

American intelligence spirited Gehlen away to Fort Hunt, Virginia, despite the US having promised at the Yalta Conference to give the Russians any captured German officers who had been involved in “Eastern area activities”.

Then, in 1946, the Americans returned Gehlen to West Germany, to set up what became known as the Gehlen Organisation, helping the CIA and Nato in their Cold War intelligence battle against the Soviet Union and the countries of communist eastern Europe.

Operating until 1956, when it was superseded by the BND, the Gehlen Organisation was allowed to employ at least 100 former Gestapo or SS officers.

Among them were Adolf Eichmann’s deputy Alois Brunner, who would go on to die of old age despite having sent more than 100,000 Jews to ghettos or internment camps, and ex-SS major Emil Augsburg.

Despite Augsburg being wanted in Poland for having planned the executions of Jews and other “enemies of the Reich”, a glowing CIA assessment from 1952 described him as “Honest and idealist” with a love of “good food and wine” and an “unprejudiced mind”.

Also recruited into the Gehlen Organisation was Karl Josef Silberbauer, the Gestapo officer who effectively sent Anne Frank to her death by tracking her down and arresting her and her family as they hid in an Amsterdam attic in 1944.

When found by the Nazi-hunter Simon Wiesenthal in 1963, Silberbauer seemed to show a distinct lack of remorse, instead demanding: “Why pick on me after all these years? I only did my duty. Now I am suspended and I have just bought some new furniture and how am I going to pay for it?”

His only expression of regret about Anne Frank seems to have been the comment: “I bought the little book last week to see if I am in it. But I am not. Maybe I should have picked it up off the floor.”

The suspension Silberbauer referred to was from his job as a police inspector in the Austrian capital Vienna. Silberbauer, however, was soon back at work, having been reinstated after a brief investigation led the Austrian authorities to conclude he had only been obeying orders while working at department IVB4, the Berlin headquarters of the programme to exterminate the Jews.

Similar forgiveness also seems to have been extended to former senior Nazis when, in 1956, the Gehlen Organisation passed from CIA to West German government control and became the BND, Reinhard Gehlen serving as its first president until his retirement in 1968.

Many ex-Nazi functionaries including Silberbauer, the captor of Anne Frank, transferred over from the Gehlen Organisation to the BND.

Their commitment to combating communism, it seems, trumped any concerns the BND might have had about their past involvement in Nazi atrocities.

Instead of expelling them, the BND even seems to have been willing to recruit more of them – at least for a few years.

Bodo Hechelhammer, of the BND’s history department, explained on Friday that Ms Burwitz had worked "under an assumed name” and “the timing of her departure coincided with the onset of a change in the understanding and handling of employees who were involved with the Nazis.”

It also appears, however, that in 1966, three years after Himmler’s daughter Gudrun Burwitz left the BND, Klaus Barbie, the “Butcher of Lyon” became one of its agents.

By then Barbie was in Bolivia, having been helped to flee there in 1951 by intelligence officers of the US army, which had recruited him as an anti-communist spy in 1947.

The French authorities had sentenced Barbie to death in absentia in 1952 and 1954, for crimes that included the murder of resistance fighters and Jews, but in 1965 a travelling BND talent-spotter sent word back to Germany that he had found a staunch patriot and "committed anti-communist"

In 1966 Barbie was given the codename "Adler" (eagle), and his first BND payment of 500 deutschmarks.

Der Spiegel would later reveal that while living in La Paz under the name Klaus Altmann, Barbie sent at least 35 reports to the BND, receiving performance bonuses in return.

The agency regarded him as “intelligent, discreet and reliable.”  Whether it also knew of his past as the torturing Gestapo chief of Lyon is not clear.

Der Spiegel, however, reported that right at the start Barbie had told the BND talent-spotter about being in the SS and having to flee to Bolivia after the war – admissions which would normally have triggered extensive background checks.

And when the agency dropped Barbie at the end of 1966, it seems likely it was acting out of fear that the KGB or East German Stasi might try to blackmail him by threatening to reveal his Nazi past.

The timing is also potentially significant because in the same year, 1966, the Marxist revolutionary Che Guevara entered Bolivia in disguise in the hope of overthrowing its military dictatorship.

Decades later, unconfirmed reports suggested that Barbie had boasted to friends about American agents coming to him for tips on hunting down resistance fighters, which then informed the CIA-assisted Bolivian military operation to capture and kill Guevara in 1967.

There has never been any official confirmation of whether or not Barbie played any part in the capture of Che Guevara. Heinrich Himmler (front row, centre, with glasses) with fellow SS men – his daughter wasn't the only one linked to him to find their way into Germany’s postwar intelligence (Rex)

In the early years of this century, however, amid increasing controversy about its own entanglement with former senior Nazis, the CIA expressed regret about employing them.

In 2005, one US government report said: “American use of actual or alleged war criminals was a blunder in several respects.

“There was no compelling reason to begin the postwar era with the assistance of some of those associated with the worst crimes of the war.

“Also, men and women previously incapable of distinguishing between their political/ideological beliefs and reality could not and did not deliver good intelligence.

“Finally, because their new, professed ‘democratic convictions’ were at best insecure and their pasts could be used against them – some could be blackmailed – these recruits represented a potential security problem."

In 2001, as more details emerged of the CIA’s involvement with Nazis, either directly or via the Gehlen Organisation and BND, Eli Rosenbaum, the Nazi-hunting director of the US Justice Department’s Office of Special Investigations, was moved to declare: “The real winners of the Cold War were Nazi criminals, many of whom were able to escape justice because East and West became so rapidly focused on challenging each other.”