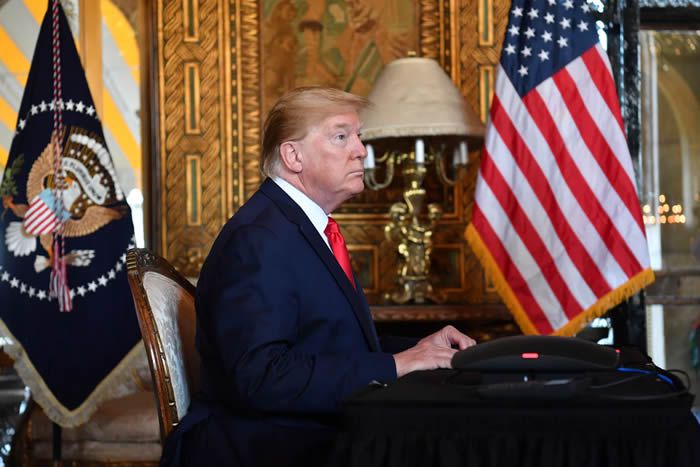 “Are you familiar with General Suleimani?” Hewitt asked the real estate mogul from Queens.

“Yes,” said Trump, before hesitating. “Go ahead, give me a little … tell me.”

When Hewitt told Trump that Suleimani “runs the Quds Forces,” Trump responded: “I think the Kurds, by the way, have been horribly mistreated by us.”

“No, not the Kurds, the Quds Forces,” Hewitt interjected. “The Iranian Revolutionary Guards, Quds Forces. The bad guys.”

“I thought you said Kurds,” a sheepish Trump replied.

Got that? Candidate Trump confused the Quds Force, an elite Iranian military unit then led by high-profile Maj. Gen. Qassim Suleimani, with the Kurds, a high-profile ethnic group in the Middle East.

Now fast forward four years and four months to yesterday, when President Trump ordered the assassination of Suleimani from his golf course. In an official statement that misstated the name of the organization that Suleimani was in charge of, the Pentagon said the strike was “aimed at deterring future Iranian retaliation plans.”

This is not a column, however, about the consequences of the U.S. government assassinating the second-most powerful man in Iran (spoiler: they’re going to be dire!). Nor is it a column about the legality of such a deadly strike on a foreign official on foreign soil (spoiler: it’s hard to justify!).

Rather, this is a column that allows me to express my ongoing astonishment that Donald Trump is president of the United States; my ongoing bewilderment with a world in which an unhinged, know-nothing former reality TV star and property developer, with zero background in foreign affairs or national security, may have just kicked off World War III. (From his golf course, no less.)

It’s also a column that allows me to revisit what I have long considered to be the most unforgivable take of the 2016 presidential race: “Donald The Dove, Hillary the Hawk.” That was the ridiculous headline to the New York Times column from Maureen Dowd in April 2016, in which she falsely claimed that Trump had opposed the Iraq War “like Obama,” and then credulously suggested that, in contrast to Clinton, “he would rather do the art of the deal than shock and awe.”

Plenty of people across the political spectrum foolishly bought into the ludicrous premise that Trump would be some sort of dove.

A reminder: Trump pulled out of the landmark Iran nuclear deal less than 18 months after assuming office. He replaced his predecessor’s nuclear diplomacy with a “maximum pressure” campaign on Tehran, which had pushed the United States and the Islamic Republic to the brink of war even before this latest dangerous escalation.

Dowd was wholly, utterly, and embarrassingly wrong — as some of us tried to explain at the time. But it wasn’t just her. Plenty of other people across the political spectrum foolishly bought into the ludicrous premise that Trump would be some sort of dove, a noninterventionist, an old-fashioned isolationist.

And plenty of my colleagues in the media continue to push this deluded view. Remember: Trump has twice bombed the Assad regime in Syria; reduced Mosul and Raqqa to rubble; vetoed a congressional attempt to end U.S. involvement in the Saudi bombardment of Yemen; and overseen a fivefold increase in drone strikes throughout the region and beyond. Yet on New Year’s Eve, the New York Times still insisted on bizarrely referring to “the president’s reluctance to use force in the Middle East.”

That line, of course, hasn’t aged so well. Less than 72 hours later, the commander of Iran’s Quds Force and the deputy head of the Iran-backed militias in Iraq, are dead. Killed via drone.

The United States has now effectively declared war on Iran. This is no longer a “cold” war or a “shadow” war. It’s a war-war. And here’s what so terrifying about it: The current commander-in-chief of the U.S. military as it readies for open conflict with Tehran is the guy who last week accused Canada’s prime minister of cutting him out of a Canadian TV version of “Home Alone 2″; who regularly retweets QAnon, Pizzagate, and white nationalist accounts on Twitter; who believes that Ukraine is in possession of a nonexistent Democratic National Committee server; who thinks climate change is a Chinese hoax; who wants to use nuclear weapons to stop hurricanes; and who is willing to take a Sharpie to an official government map in order to prove he was right about the weather (when he was, in fact, 100 percent wrong).

Here’s the twist, though: There were two recent amendments to the 2020 National Defense Authorization Act, or NDAA, in the House of Representatives that might have prevented this week’s escalation with Iran: Rep. Ro Khanna’s amendment to block funding for any military action against Iran that lacks congressional approval, and Rep. Barbara Lee’s amendment to repeal the 2001 Authorization for Use of Military Force. Both of these amendments, however, were stripped from the final NDAA that passed the House and Senate — with the approval of elected Democrats in both chambers.

Shame on those Democrats.

And God help the rest of us.

Wait! Before you go on about your day, ask yourself: How likely is it that the story you just read would have been produced by a different news outlet if The Intercept hadn’t done it?

Consider what the world of media would look like without The Intercept. Who would hold party elites accountable to the values they proclaim to have? How many covert wars, miscarriages of justice, and dystopian technologies would remain hidden if our reporters weren’t on the beat?

The kind of reporting we do is essential to democracy, but it is not easy, cheap, or profitable. The Intercept is an independent nonprofit news outlet. We don’t have ads, so we depend on our members — 35,000 and counting — to help us hold the powerful to account. Joining is simple and doesn’t need to cost a lot: You can become a sustaining member for as little as $3 or $5 a month. That’s all it takes to support the journalism you rely on.