Ben Cooper, a Western film actor most famous for his role as the bandit Turkey Ralston in “Johnny Guitar” and numerous other projects for the big and small screens, has died. He was 86.

Cooper died Monday in Memphis, Tenn., following a long battle with an illness, his nephew Pete Searls confirmed to The Hollywood Reporter on Wednesday.

Born on Sept. 30, 1933, in Hartford, Conn., Cooper cut his chops acting in the period comedy “Life With Father” on Broadway in March 1942 where he remained for seven years playing two of the family’s four sons over the period. "I was the right size, I looked right, I was very polite and I knew the whole [script]," he said in an undated interview filmed for the Museum of Western Film History in Lone Pine, Calif. "It was that simple."

The ambitious performer attended Columbia University and worked in live television prior to making his film debut with having had an uncredited part in the Anthony Mann-directed noir flick “Side Street” in 1950.

With nearly a hundred titles to his credit, including “Duel at Comanche Park” in 1963 and “Arizona Raiders” in 1965, the fresh-faced Cooper thrived in the Western genre for over 20 years.

Cooper said he was built to be a cowboy since he was a youngster. 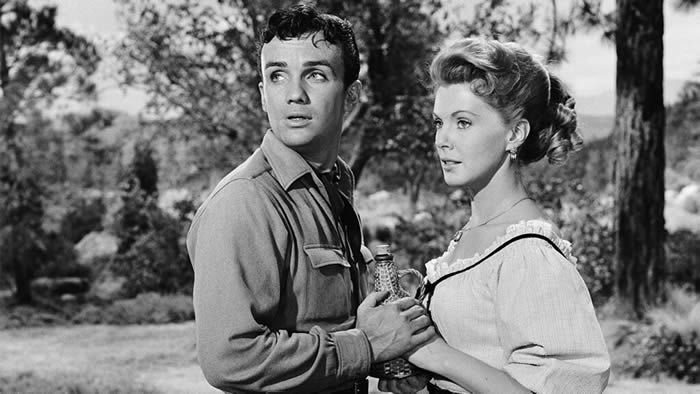 Well-known for his gun-wielding efforts, Cooper said he practiced the art of the fast draw for 90 minutes each day over four years in order to master the craft.

Cooper is survived by his daughter, Pamela, and his sister, Bunny.

Reps for Cooper did not immediately respond to Fox News’ request for comment.