The reality TV presenter Caroline Flack, who has taken her own life aged 40, helped the ITV2 dating programme Love Island become a top-rating show that last year attracted audiences of more than 6 million. It had originally run as Celebrity Love Island on ITV in 2005, with Patrick Kielty as the main host welcoming famous contestants to a villa on Armstrong Island, Fiji, but rarely drew more than 2 million viewers and was axed after two series.

Then, five years ago, ITV decided to give Love Island a new lease of life on its second channel, with Flack as the sole presenter and Majorca as the host island. She described it as “a social experiment” and a dream job: “It’s just going to be a lot of fun.” In its previous incarnation, the “islanders” had had the final say on evictions. This time, the viewers were firmly in control of the final vote after the various “couplings” and “re-couplings” over the weeks, with a £50,000 jackpot for the winning couple. Viewers related to Flack’s warmth and infectious laugh, as well the support she gave to troubled contestants.

Its success grew and grew. “I think people just relate to the situations,” Flack told the Telegraph in 2017. “It doesn’t matter who you are, what you do, where you’re from, how old you are, it doesn’t matter how much experience you’ve got in life, how educated you are: emotions are all the same.” Caroline Flack during the filming of the Love Island promo in 2018. Photograph: Jonathan Ford/ITV

By 2018, the programme had broken through the 4 million viewers barrier, making it ITV2’s most popular show ever – and winner of that year’s Bafta best reality TV award. Even George Osborne, the former chancellor, declared himself a fan.

As a result of its success last year, ITV announced a second annual Love Island series would be screened from January 2020, live from South Africa, as a winter companion piece to the regular summer series. However, in December, Flack announced that she would stand down as presenter after being charged with assaulting her boyfriend, the former professional tennis player Lewis Burton, at their home in London. Flack pleaded not guilty to the charge and faced a trial due to begin next month.

She was born in Enfield, north London, to Ian Flack, a sales rep for Coca-Cola, and his wife, Christine (nee Callis). Caroline and her twin, Jody, had an older sister, Elizabeth, and brother, Paul. After the family moved to Norfolk to live near Thetford when she was still a baby, Caroline attended Wayland community high school, Watton, where she enjoyed dancing and appeared in village pantomimes.

She went on to study dancing and musical theatre at Bodywork Company in Cambridge (1996-99). Her first showbiz break came with appearances in the comedy sketch show Bo’ Selecta! (2002-04) as Bubbles. In a reality TV spoof, Leigh Francis played Michael Jackson showing viewers around his home, which he shared with his brothers and his “pet monkey”, Bubbles. Eventually it became apparent that Bubbles was totally human. “You didn’t think Bubbles was a monkey, did you?” asked Francis.

Flack went from performing to presenting, beginning in 2003 with The International Pepsi Chart Show, a re-edited version of Britain’s CD:UK, screened only in Norway and Tahiti, with her recording new links and interviews. “Week by week, I learned my craft away from the public gaze,” she wrote in her 2015 autobiography, Storm in a C Cup. “I was now a jobbing presenter picking up things here and there.”

The shows ranged from Fash FC (2003-04), following the former football star John Fashanu as he managed an amateur team, to the first three series (2006-08) of the Saturday morning CBBC show TMi, alongside the former Pop Idol contestants Sam Nixon and Mark Rhodes, as well as the same channel’s Comic Relief Does Fame Academy (2007) and the first two runs (2008-09) of the Gladiators revival. 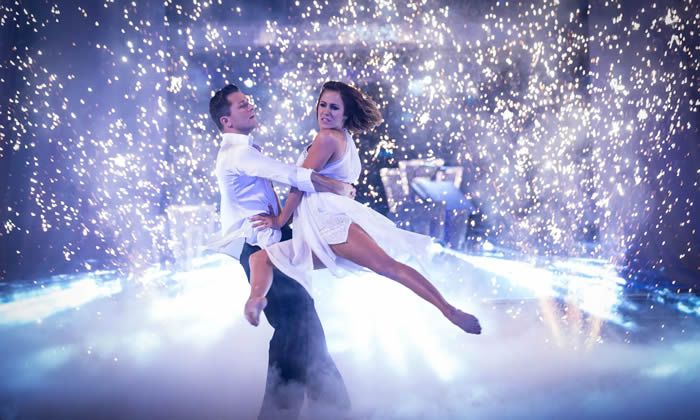 Flack presented the ITV2 spin-off shows I’m a Celebrity – Get Me Out of Here! NOW! for two series (2009-10) and The Xtra Factor from 2011 to 2013, with the singer Olly Murs co-hosting some editions. She was also a backstage presenter on the main programme, The X Factor, for the 2013 run on ITV.

Then, she and Murs stepped into the spotlight as joint presenters of The X Factor for the 2015 series. When Murs said that he would not continue the following year so that he could concentrate on his music, Flack decided to leave as well and both were replaced by Dermot O’Leary. 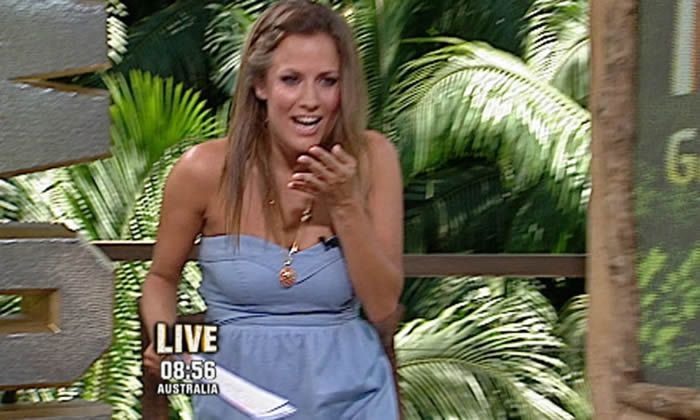 Caroline Flack on I’m a Celebrity in 2009. Photograph: ITV/Rex/Shutterstock

Her celebrity status had already been confirmed by then with an appearance as a contestant in the 2014 series of Strictly Come Dancing, which she won with the professional dancer Pasha Kovalev as her partner. This reignited her passion for performing and, in 2017, she starred as Irene in a touring stage production of George and Ira Gershwin’s musical Crazy for You.

Flack relished the role. “She’s strong, she knows what she wants, but there’s a vulnerability,” she said. “She gets hurt the whole way through, but she’s brilliantly defiant. She stays strong and doesn’t give up. She’s naughty as well. There’s definitely bits of Irene that are quite like me.” In 2018, she starred as Roxie Hart for a Christmas West End run of Chicago at the Phoenix theatre.

Throughout her career, Flack made headlines for her relationships with other celebs, from the One Direction singer Harry Styles to the pop manager Jack Street and the Apprentice and Celebrity Big Brother contestant Andrew Brady. She was also a friend of Prince Harry. “Once the story got out, that was it,” she said. “We had to stop seeing each other.” She said that her own experiences of being in the public eye helped her support and advise the Love Island contestants: “I know what it’s like to be that victim online. And that’s why I hate seeing it happen to them.”

She is survived by Burton, her parents and siblings.