"Larger than life, generous to a fault, a proud and devoted father and grandfather, he will be missed by his wife Jennifer, family and many friends," his daughter said. 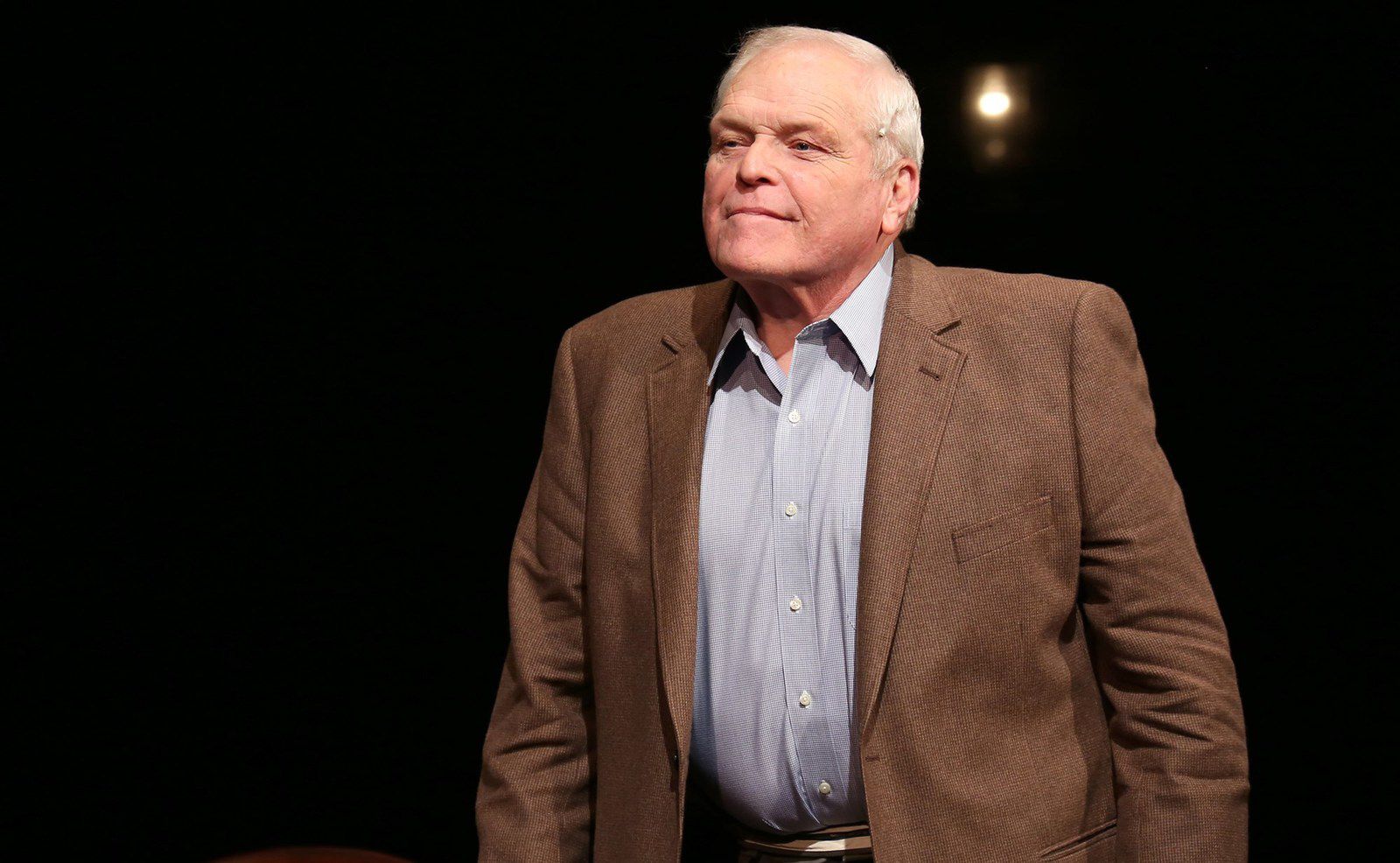 The 81-year-old passed away Wednesday night in New Haven, Connecticut, from natural causes that were not coronavirus-related, his daughter and agent said.

"Larger than life, generous to a fault, a proud and devoted father and grandfather, he will be missed by his wife Jennifer, family and many friends," Elizabeth Dennehy posted in a statement on Twitter.

It is with heavy hearts we announce that our father, Brian passed away last night from natural causes, not Covid-related. Larger than life, generous to a fault, a proud and devoted father and grandfather, he will be missed by his wife Jennifer, family and many friends. pic.twitter.com/ILyrGpLnc3

The barrel-chested, prolific actor had many movie roles, including in “Tommy Boy,” “First Blood” and “Cocoon,” but won acclaim on stage, particularly for “Death of a Salesman” on Broadway in 1999.

He won another best actor Tony in 2003 for "Long Day's Journey into Night," in which he starred alongside Vanessa Redgrave and Phillip Seymour Hoffman.

When he accepted the 2003 Tony, the actor said he was merely a conduit for the work of legendary playwright Eugene O'Neill.

In addition to the two Tony Awards, Dennehy won a Golden Globe and a SAG Award, both in 2001 for a TV version of "Death of a Salesman."

He was inducted into the American Theater Hall of Fame in 2010 and received six Emmy nominations over the course of his career.

"Was lucky enough to see Brian Dennehy twice on stage, masterful in Love Letters, and monumentally heartbreaking in Death Of A Salesman. A colossus. What a loss," the "Hamilton" writer and actor tweeted.

Actress Mia Farrow posted a picture of her puppy enjoying quality backstage time with the "magnificent" Dennehy when they were in "Love Letters."

"Just devastated to learn that the magnificent Brian Dennehy has died," she wrote. "And there are few friends as valued in my life."

Just devastated to learn that the magnificent Brian Dennehy has died. They is no one i enjoyed working with more. And there are few friends as valued in my life. I took this photo backstage when we were in Love Letters. He loved my pup Bowie. pic.twitter.com/s55Cc37lFy

Dennehy, who stood 6-foot-3 and played football at Columbia University, often played figures of authority with a stubborn streak.

He skillfully played small-town sheriff Will Teasle in "Rambo," showing no sensitivity to a troubled veteran played by Sylvester Stallone. Dennehy played another tough-to-like lawman, as ruthless Sheriff Cobb, in the 1985 western Silverado."

“The world has lost a great artist,” Stallone wrote in tribute on Twitter, saying Dennehy was instrumental in helping him craft character of Rambo.

The larger-than-life actor also captured the intense, single-mindedness of Indiana University basketball coach Bobby Knight in the movie adaptation of "A Season on the Brink."

Tributes to him included a post from screenwriter and TV producer Dan Fogelman, who wrote: "A writing question I commonly get is 'do you picture an actor as you are writing a character?' Even though I never worked with him, I can’t tell you how many times I’ve imagined Brian Dennehy in my mind’s eye as I write something. A true powerhouse actor."

Despite Dennehy's serious stage bona fides, he may be best known to much of the movie-going public as Big Tom, the father of Chris Farley's Tommy in the 1995 comedy "Tommy Boy."

"So sad this wonderful man has passed," Peter Segal, director of "Tommy Boy," tweeted. "Brian was a kind, gentle person with incredible talent. I will miss Big Tom Callahan."

Dennehy was also well known for playing an alien representative in "Cocoon" and a police detective in the thriller "F/X."

The actor is survived by his second wife, costume designer Jennifer Arnott, and their two children, Cormac and Sarah. Dennehy also has three daughters — Elizabeth, Kathleen and Deirdre — from a previous marriage to Judith Scheff.