Leslie Baruch Brent (5 July 1925 – 21 December 2019) was a British immunologist and zoologist. He was Professor Emeritus, University of London, from 1990. An immunologist, he was the co-discoverer with Peter Medawar and Rupert Billingham of acquired immunological tolerance. They injected cells from donor mice into fetal mice, and later neonatal mice, which would as adults receive donor skin grafts without rejection. 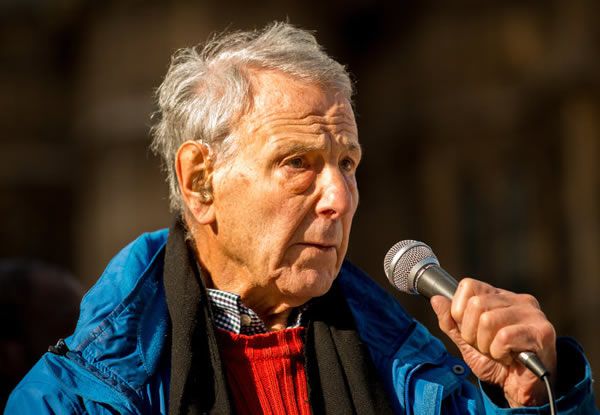 Brent was born Lothar Baruch, in Köslin, Germany (now Koszalin, Poland), to German Jewish parents, Charlotte (Rosenthal) and Arthur Baruch. To avoid persecution in the largely non-Jewish Köslin, his family placed him in the Jewish Orphanage Berlin-Pankow in Berlin in 1936. In 1938, at age 13, to escape the rising anti-Semitism of the Sturmabteilung (Storm Troopers) and teachers, Brent was sent to England on the first of the Kindertransports and became a pupil at Anna Essinger's Bunce Court School.

His parents and older sister stayed behind in Germany. Because his status as a German national would have made him liable to execution in the event of capture, he was advised to change his name. After the war, he found out that his parents were sent to Riga, Latvia and executed. There are three stolpersteine for his parents and sister in Berlin. After the war, he became a British citizen and enrolled at University of Birmingham.

As a secular Jew who escaped the Holocaust, Brent was highly critical of Israel's treatment of the Palestinians. Education: Bunce Court School, Kent; Birmingham Central Technical College; University of Birmingham (President, Guild of Undergraduates, 1950–51); University College London (Ph.D). He was a member of the European Academy of Sciences and Arts and honorary member of the British Society for Immunology. Brent died in December 2019 at the age of 94. He was posthumously appointed Member of the Order of the British Empire (MBE) in the 2020 New Year Honours for services to Holocaust education.