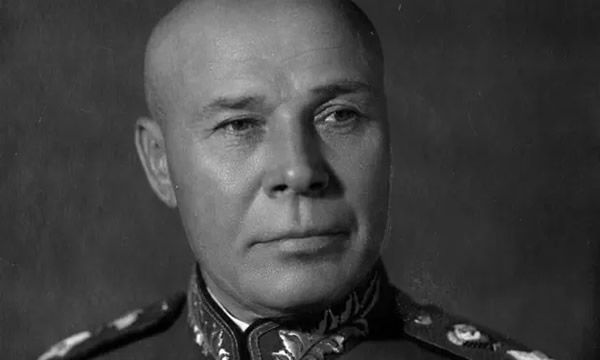 Marshal Timoshenko, whose death after a long illness at the age of 75 is reported from Moscow, was one of the most important figures in the Russian war effort, and certainly the most colourful. Known as “the bald-headed eagle” he epitomised the dash and drive of the cavalryman which had its place in mechanised war just as it had in his early career.

When the civil war ended he is said to have returned to school to receive some formal education and later, as commander of the Cavalry Corps, studied at the Soviet Military Academy and travelled widely to study the armies of other countries.

His first experience of modern war was as commander on the Ukrainian front in the Soviet-Polish war in 1939 and then as commander of the north-western front during the Finnish war in 1940. The weaknesses of the Red Army shown up in that campaign led the high command to a reassessment of its strategy and organisation and Timoshenko was appointed Defence Minister to carry out the reorganisation.

When Germany attacked in June, 1941, Stalin became supreme army commander and Timoshenko was appointed to command the western central front and shouldered the heavy responsibility of delaying the German advance until the first counter-attack could be launched at the end of the year.

His role under Stalin’s command was a repetition of history as Stalin had commanded the southern front on which Timoshenko operated during the civil war. The two men were at one time very close and Timoshenko’s daughter married Vasily Stalin.

Later in the war he held other commands on the western front and in the Ukraine and afterwards commanded several military districts in the Soviet Union. In 1962 he was criticised with Stalin and Zhukov, for what the historians described as inadequate preparations for the German attack, but nevertheless retained the credit for rallying his forces and destroying the blitzkrieg.

In November, 1960, he was relieved of the command of the Byelorussia military district without explanation. (The reason might have been simply that he had reached retiring age.) Since then he has been living in retirement although still president of the war veterans’ committee. He received his fifth Order of Lenin on his deathbed.