The silent-film era actress marked her recent birthday with the publication of an "epic tale" set in "the fascinating Mexican-American colonial Empire of New Spain" that centers on a woman facing the horrors of civil war. 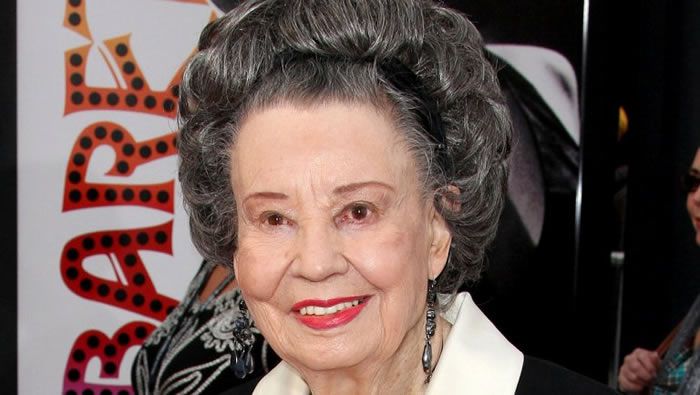 Diana Serra Cary — born on Oct. 29, 1918, and best known by her stage name Baby Peggy — was one of the most well-to-do child stars of the silent film era thanks to a seven-figure contract signed at age 4.

Cary recently marked her 99th birthday by self-publishing her first novel, The Drowning of the Moon, a tome that follows her memoir and a biography of fellow child star Jackie Coogan. Cary says the "epic tale," set in "the fascinating Mexican-American colonial Empire of New Spain," is about a woman named Sirena facing the horrors of civil war.

Cary, who says she writes in four- to five-hour spurts, is enjoying her age but has no plans of a full-on retirement. "[Life] is still productive, filled with today's crazy politics and wonderful scientific discoveries about nutritious food and good health. I'm thriving on the good life of the latter!"

The Hollywood Reporter caught up with Cary via email to learn more about Drowning of the Moon, her proudest career achievement and where she finds most joy in her life these days.

Congratulations on your new book — your first novel! What inspired you to write this book?

Historically, before the movies made Hollywood world famous, its major tourist attraction during the 1920s was the “romantic ruins” of its 18th century “Spanish Mission Period.” As a child of 3 I worked inside the ruined San Fernando Mission (which was then a studio location) and I was inspired by its colorful history. My book is set in the fascinating Mexican-American colonial empire of New Spain.

How do you describe it?

My book is a classic “historical novel," not the new style “historical romance." Its protagonist is a self-assured young noblewoman of a silver-mining dynasty, growing up in Guanajuato, a city of palaces in the mountains of northwestern colonial Spanish Mexico. The book begins with the milestone of her christening in 1756.

Is there a character you most identify with?

Despite the fact that our lives and times differ so greatly, I naturally identify with the challenges of my protagonist, the First Countess of the noble house of Graciana. 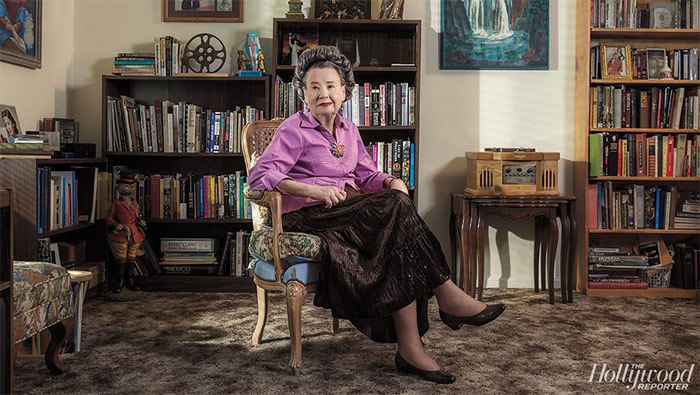 Photographed by Sally Peterson Diana Serra Cary — once known to millions as Baby Peggy during the 1920s — was photographed Feb. 3 at her home in Gustine, Calif.

As a historian I have favorite authors in several disciplines. For nonfiction works on early Hollywood I recommend Scott Eyman. In Spanish-American history, among several highly readable scholars, I favor Eric Van Young, who most recently wrote the first biography of a famous 19th century Mexican historian, Lucas Alaman.

Describe your writing process. How many hours a day do you write? How long did it take you to finish this?

I really enjoy writing, Once I start a book, I work as long as four to five hours at a time, provided I have no other pressing commitment. In the case of my long historical novel, in 1957 I took a few days off from my job as manager of the general book department of the University of California’s San Diego campus bookstore, to visit what was then Mexico’s nearly abandoned city of Guanajuato. There I met Senor Manuel Leal, a fascinating descendent of a noble family who told me the story of the devastating destruction of the gracious silver mining society that was destroyed by murderous rampaging mobs during the ruthless outbreak of the Hidalgo Insurrection of 1810.

You recently turned 99 years old. Happy belated birthday! How did you celebrate?

Very happily with my son, Mark, and my 19-year-old granddaughter, Stephanie, who was visiting from her second year at Sacramento State.

Some people might say, "You're 99 years old, why keep working and writing?" What would you say to that?

Like many other retirees, for the first time I am now able to fully enjoy having the time for the rewarding work of my writing, after several stressful careers as a movie child star, bookseller, film researcher, public speaker, historian of Western Americana and published author of four nonfiction books on little-known aspects of Hollywood history. I was also the lucky wife of a gifted artist husband, during a happy marriage of 48 adventurous years.

Looking back at your writing career, what book are you most proud of?

I’m proudest of my biography of Jackie Coogan, partly because it was so difficult to write. I knew him as a child, and concentrating on his rather loveless real life offscreen with his self-centered parents made revisiting his childhood a painful task for a writer. However, I found amazing surprises after he reached his teens. The book’s public critics have all praised it.

How did you spend the holidays?

I have a number of lifelong friends from early Hollywood who call or visit me, and I still receive a steady stream of fan mail from all parts of the world. There are also a few old fans, now in their 90s, who remember enjoying my comedies and features in their childhood. Most surprising are the many young fans in their teens and 20s who love watching classics from the silent era as valuable and informative entertainment.

What brings you the most joy these days?

Being safely settled under my own roof, in my own home, with a loving, growing family around me. My son Mark got remarried recently and now has his new wife, Sofia (Fifi), and 12-year-old stepson Noah, living in the house. It is nice having the care of a loving family around me. Survivors like me have too often outlived all their relatives. My Baby Peggy fans write personal letters, asking for autographed stills and telling touching stories about how much she contributed to their happiness as children, something I had never dreamed of. They make my 99th year a very busy, contented place to enjoy memories of an incredibly adventurous life. I live near the century-old Broncho Billy museum and theater. We attend their fascinating Niles Silent Film Festivals as often as possible, where I meet new fans and old “in person” as often as possible.