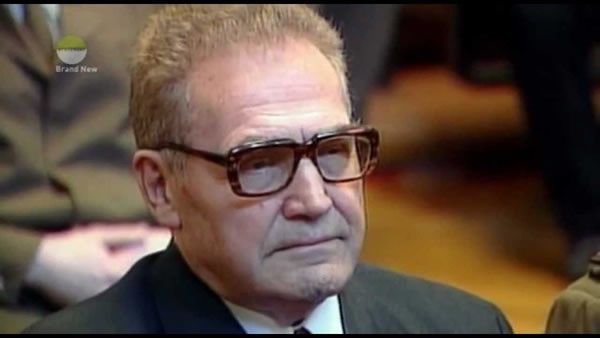 Zagreb, Croatia - Dinko Sakic, the last known living commander of a World War II concentration camp, died overnight in a Croatian prison hospital while serving a 20-year sentence for war crimes, prison officials said Monday. He was 87. Sakic--a former chief of Croatia's infamous Jasenovac camp--died in a prison hospital after a long and serious illness, officials said in a statement. Sakic had heart problems and was recently transferred to the prison hospital.

Sakic fled Croatia at the end of the war, when Croatia's pro-Nazi regime was crushed. He had lived peacefully in Argentina for decades until 1998, when he was extradited to Croatia for a trial. In 1999, Zagreb district court sentenced him to 20 years in prison--the maximum penalty at the time--for carrying out or condoning the torture and slayings of inmates while in charge of the Jasenovac camp in 1944.

Tens of thousands of Serbs, Jews, Gypsies and anti-fascist Croats were killed in Jasenovac, the worst of about 40 camps run by the then Nazi puppet state in Croatia. The ruling said that Sakic was responsible for mass and systematic torture, killings, inhuman treatment, terror and intimidation of inmates. Judge Drazen Tripalo said at the time he hoped the sentence, made 55 years after the events, "will be a warning that all those who committed crimes in the near or distant past will not escape justice."

Sakic never regretted his role in Jasenovac, defiantly claiming that all he did was for the good of Croatia and that "no harm was done" to the inmates. During the trial, he appeared unmoved as more than 30 camp survivors recalled the haunting details of torture, starvation and killings. Tripalo had said that Sakic's "lack of remorse" was an aggravating circumstance. When he was given the guilty verdict, Sakic mockingly applauded.

The trial was significant for Croatia at the time, because it was run by the late President Franjo Tudjman, who was criticized for the kind of nationalism that harked back to World War II. Even today, when Croatia is being governed by a pro-Western government that clearly denounces fascism, there are some Croats that seek to justify or diminish the crimes committed by Croatia's Nazis, known as Ustasha. Sakic is survived by his wife, Nada. She was also extradited from Argentina on suspicion of war crimes at an adjacent camp, but the charges against her were later dropped due to a lack of evidence. No funeral arrangements were immediately announced.