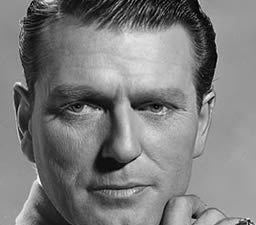 Charles McGraw was a “tough guy.” It was an image he cultivated in his early years as a deckhand on a freighter and as a professional boxer.

And it was one he polished later as an actor during his 40-year stage, movie, radio and television career.

McGraw’s acting credits included meaty supporting roles in such highly acclaimed plays as “Golden Boy” and such top-rated films as “The Killers” and “In Cold Blood."

Born in New York City, McGraw was reared in Akron, Ohio, before shipping out to India in his late teens.

Returning to New York, he boxed as a middleweight and worked at odd jobs before landing his first dramatic role -– on Broadway -– in “The Jazz Age.” The play flopped.

Undaunted, McGraw continued to seek work as an actor. The next year, he landed a role in the play “Dead End” and this was followed in 1937 by a part in the road show version of “Golden Boy” that eventually took him to London.

Finally, in 1946, his film break came when he played a supporting role in “The Killers,” based on an Ernest Hemingway short story.

His radio appearances included a protracted stint on the “Amazing Mr. Malone” series in the late 1940s and his television career included the leading roles in two television series of the 1950s -– “Casablanca” and “The Falcon.”

McGraw was almost invariably cast as the hard-fighting, flint-eyed, plain-spoken tough guy, whether it be as a rival who ultimately meets a bloody end at the hands of renegade slave Kirk Douglas in “Spartacus” or as a world-wise restaurateur battling crime in “Casablanca.”

He died at 66 in his North Hollywood home, the victim of a bizarre accident.

The coroner’s office said the actor, who suffered from a degenerative hip condition that had curtailed his work, slipped in a shower and fell through a glass door, suffering severe lacerations that claimed his life.