By the end of the 1920s, a Swedish businessman named Ivar Kreuger controlled most of the world’s ­safety-match production, as well as important swaths of the mining, timber, telephony, media, banking and construction industries. He was one of the richest men in the world, a confidant of President Herbert Hoover; he enjoyed a life of unparalleled luxury, complete with grand apartments in major cities around the globe and one of the finest art collections in private hands. Most impressive of all, this Swedish industrialist had managed to elbow aside the great J. P. Morgan & Company to become the lender of choice to sovereign governments; his signature deal, whereby he lent $125 million to Germany in return for a safety-match monopoly in that country, outlived not only Kreuger but also the Third Reich, and remained in force as recently as 1983. 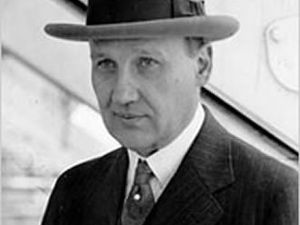 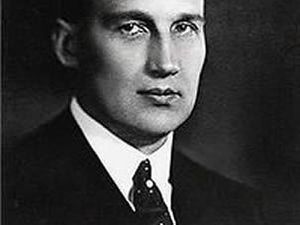 Ivar Kreuger, the Financial Genius Behind a Century of Wall Street Scandals

Kreuger was one of the boldest deal makers ever: the loan to Germany, for instance, was signed the very week of the 1929 stock market crash, when no one could have possibly blamed him for pulling out. His very fearlessness was reassuring to the skittish American public, and his securities fell less than most others on the New York exchanges; indeed, he and what he called “my little wooden soldiers” seemed to sail through the crash largely unscathed.

But a few short years later, during the depths of the Great Depression, Kreuger’s leveraged empire imploded with abrupt and astounding force, and the man himself was found dead — an apparent suicide — in his Paris apartment.

Is the rise and fall of Ivar Kreuger a cautionary tale, a story of what happens when ambition overreaches and maybe edges into the world of fraud? Or is it, instead, the tale of a premeditated confidence trick perpetrated by Kreuger on millions of patsies in the banking and investing worlds?

Frank Partnoy’s true-life business thriller, “The Match King,” would like to have it both ways. Partnoy, whose previous book was “Infectious Greed: How Deceit and Risk Corrupted the Financial Markets,” has spent years researching Kreuger’s life and times. He has a historian’s assiduous dedication to telling the truth in all its uncomfortable complexity. On the other hand, he is even more interested in telling a rip-roaring yarn of derring-do in the wild west of 1920s high finance. The problem is that the two don’t easily mesh.

“The Match King,” for most of its length, feels like a highly biased case for the prosecution: Kreuger is almost always portrayed in an unflattering light, as a schemer with a detailed strategy for enriching himself at the expense of unwitting victims in both Sweden and America. But readers looking for parallels with modern-day defendants like Bernie Madoff or Robert Allen Stanford will find themselves curiously unfulfilled: Kreuger was a real businessman, with real businesses, and was generally careful to remain at all times within the letter of the law.

Kreuger did make one slip into outright fraud, when he forged Italian treasury bills, but only later on in his career — and even then he kept those bills locked away in his safe, and allowed no more than a glimpse of them to his counterparties. It was Kreuger’s confederates, rather than Kreuger himself, who sealed his fate: they opened the safe in his absence, found the forged bills and borrowed money against them.

While the Swedish titan doubtless committed fraud, it’s easy to forget how lax the legal environment of the 1920s was. In fact, the collapse of the Kreuger empire was directly responsible for the implementation of the securities laws of 1933-34 in the United States.

At the very end of his book, Partnoy sketches a nuanced portrait of Kreuger. Before that, however, the author has overegged the pudding, making Kreuger out to be much more evil and devious than he necessarily was. In the coda, Partnoy essentially cops to the charge — but at that point it’s too late.

The most successful businessmen of the 1920s, just like today’s narrative historians, had to be great storytellers. The difficulty is always in keeping the stories under control. Kreuger solved that problem by being very secretive about his operations; Partnoy, by contrast, gets a bit too caught up in his tale, and gets himself into a few too many unnecessary predicaments as a ­result.

Felix Salmon is the finance blogger for Reuters (reuters.com/felix).

THE MATCH KING - Ivar Kreuger, the Financial Genius Behind a Century of Wall Street Scandals By Frank Partnoy, 272 pp. PublicAffairs. $26.95