The Vatican, ex-Nazis and Spanish leaders secretly plotted in the 1950s to build a post-World War ii military force to counter Russia’s feared encroachment into West Germany, according to recently disclosed documents that went up for auction last week. 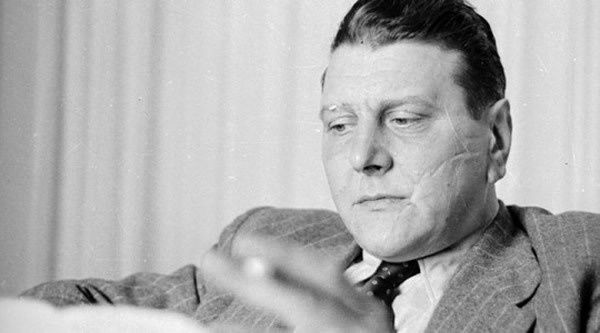 The explosive documents are the first ever to emerge detailing postwar plans by the Catholic Church, ex-Nazis and members of Franco’s Spain to form a secret army of ex-Nazis and Spanish soldiers that would be stationed in Spain and North Africa. The documents, uncovered by Alexander Historical Auctions, reveal that fears of Russian expansion into West Germany and all of Europe were so intense after the war that the plans to form the rogue army were very nearly brought to life.

The biggest bombshell is a 1952 letter to the Vatican official who would later become Pope Paul vi written by a priest and co-conspirator of former Nazi Lt. Col. Otto Skorzeny, a crony of Adolf Hitler. The letter is stamped with a church seal, and teeming with praise for its recipient, then deputy of foreign affairs for the Vatican, for the financial support he channeled to Nazi refugees living in Spain.

The seeds of the plot were first sown in September 1950 after Skorzeny fled a German prison and entered into Spain, where he became an architect of a top-secret group designed to provide safe havens around the globe for leading Nazis on the lam. The Alexander Historical Auctions catalog offers this enticing synopsis of the collection:

Skorzeny entered Spain under an alias to begin a collaboration with Spain’s top military leaders, ex-SS generals and officers, and even the highest levels of the Vatican to plan the formation of a secret army of ex-Nazis and Spanish military in Spain or North Africa, prepared at any time to counter a Russian attack from East Germany. This grouping of documents, directly from Skorzeny’s estate, documents his efforts to form such an “army in exile,” perhaps with even more sinister intent. Its contents have remained hidden for over 60 years, totally unknown to journalists and historians alike.

The documents reveal that some American officials were also concerned about possible Russian expansion into West Germany, and were aware of the Vatican-Nazi plot. But U.S. officials also feared that the planned secret army could lead to a resurrection of the Nazi movement.

Alexander Historical Auctions President Bill Panagopulos said, “On the face of it, it appears that Skorzeny’s motives were altruistic. Germany was indeed defenseless in 1950, having no army of her own and only a token occupation force with which to face any attack.”

But Panagopulos begins to get to the heart of the plot when he later writes that Skorzeny’s desire to free political prisoners “strongly suggests another motivation,” which was to provide protection to many of Hitler’s most ruthless military leaders. “It is no secret at all that Spain became a well-known ‘resting place’ for ex-Nazis on the run while en route to South America and the Middle East. As a matter of fact, it is believed that a wide swath of coastline owned by Skorzeny near Majorca was used to smuggle his comrades in and out of Spain,” he wrote.

Even before the Nazis were defeated at the end of World War ii, world educator Herbert W. Armstrong predicted that they would go underground. On Jan. 23, 1945, he said that even though the Germans would surrender, “it will be only another recess! The Nazis will go immediately underground—plotting and preparing World War iii.” In April of that year, he reiterated, saying, “From the very start of World War ii, they have considered the possibility of losing this second round, as they did the first—and they have carefully, methodically planned, in such eventuality, the third round—World War iii!”

The Vatican-Nazi plot to form a secret army detailed in these newly revealed documents was never carried out, but that does not mean that Germany didn’t plan and achieve another method of resurgence.

Mr. Armstrong’s prediction was unproven until 1996, 10 years after his death, when the U.S. government declassified a top-secret World War ii document (printed in full in our free booklet The Rising Beast) that exposed deals made between several German industrial giants and top German political officials only nine months before the war’s end in Europe. The document details an Aug. 10, 1944, meeting whose purpose was to launch the industrialists into “a postwar commercial campaign” in order to “finance the Nazi Party, which would be forced to go underground.”

And history proves that this plot was successful! So, rather than carry out the military plan detailed in the documents published this month, German leaders executed an economic comeback which has been underway since the end of World War ii.

In 1945, the idea of Germany secretly plotting to rise again was ludicrous to all but the few who believed Mr. Armstrong’s Bible-based prophecies. In 1996, it was proven that German leaders did plot to rise again. And today, in 2011, even a cursory look at the rapidly-changing face of Europe reveals that the plotting was successful! To understand the details of Mr. Armstrong’s inspiring forecast, and the significance of Germany’s rise, read Trumpet editor in chief Gerald Flurry’s September article, “World’s Greatest Danger: Germany Domineers Over Europe Again!”