Clarence Thomas, the Supreme Court justice, has broken his near-mythical silence in the court, for a weak joke about Yale University. 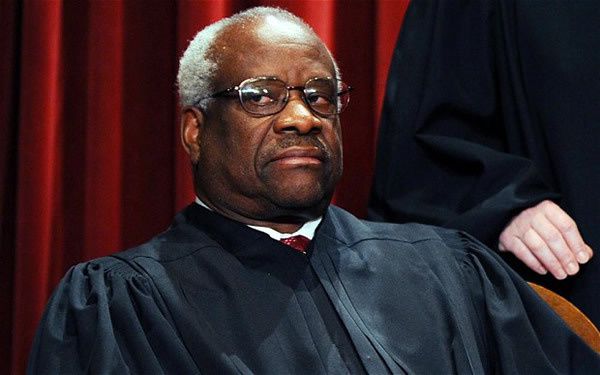 Anticipation mounted among the US political elite as to what pressing issue of national importance might persuade the 64-year-old finally to clear his throat and end this unprecedented quiet stretch.

Instead, having sat mute through dramatic hearings on America's most divisive issues, Justice Thomas chose this week to re-enter the annals of its highest court with a limp joke about his alma mater.

During a discussion about whether a convicted murderer had received adequate legal representation, the Court was told that one of his lawyers had – like Justice Thomas – attended Yale Law School.

"Well, he did not have competent counsel, then," Justice Thomas joked, according to observers, prompting laughter among his fellow judges and those in the public galleries.

Carla Sigler, a public prosecutor from Louisiana, replied: "I would refute that, Justice Thomas." And with that, he resumed the hushed stance he had maintained for a third of his 21 years on the Court.

Justice Thomas has given various explanations for his hesitance to speak – ranging from an inability to get a word in edgeways between his colleagues, to being self-conscious about his southern accent.

Raised in Georgia, he became only the second African-American to serve on the Court after being nominated by then-President George H.W. Bush in October 1991.

He is a staunch member of the Court's conservative wing, believing in an "originalist" interpretation of the US Constitution and frequently voting against liberal positions on social issues.

He has spoken frequently of his regret at attending Yale, which together with Harvard is one of only two law schools attended by all nine of the Supreme Court justices.

In a memoir, Justice Thomas recounted how he "peeled a 15-cent price sticker off a package of cigars and stuck it on the frame of my law degree to remind myself of the mistake I'd made by going to Yale."