With the clock running out on the chances to bring Nazi criminals to justice, Dr. Efraim Zuroff has recently experienced a rare boost to his efforts. In response to the “Operation Last Chance” campaign, “dozens of e-mails and phone calls have come in,” he said. 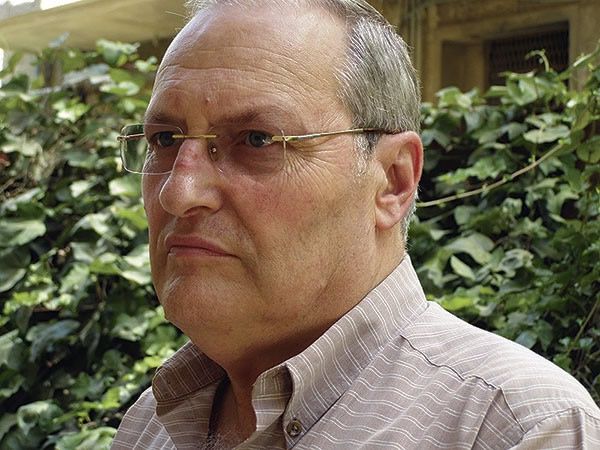 Dr. Efraim Zuroff said that whenever he gets frustrated in his search for Nazi criminals, “I think of the victims.”

The campaign was launched in 2002, and this summer, in late July, thousands of posters were put up in several Germany cities, calling for information. The effect was amplified by media coverage and response to The Last Nazi Hunter, a documentary about him and his efforts that was broadcast on Israeli TV on Holocaust Memorial Day of last year.

It’s a major change for the man who has described himself as the “only Jew in the world who prays for the good health of Nazis.” While many have insisted that it’s too late to bring the remaining Nazi war criminals to justice, Zuroff believes that “it’s late but not too late,” and an influx of tips like this latest one reinforces his position.

The movie will be shown on Monday, Aug. 5, at the Center for Holocaust, Human Rights and Genocide Education at Brookdale Community College in Lincroft. Zuroff himself will be present to answer questions and describe some of the fascinating cases he has pursued. The event is also being presented by the Jewish Federation of Monmouth County and Chabad of the Shore in Long Branch, where Zuroff will also speak on Friday evening, Aug. 2.

Just back from a poster campaign in Germany, and days before heading to the United States, he spoke to NJJN by phone from his home in Efrat.

Zuroff is the director of the Simon Wiesenthal Center-Israel Office, and coordinator of SWC Nazi war crimes research worldwide. He has also written a number of books, the most recent Operation Last Chance: One Man’s Quest to Bring Nazi Criminals to Justice, published by Palgrave/Macmillan.

His own family, safe in Brooklyn, was not directly affected by the Holocaust. But they were intensely involved with the Jewish community at home and abroad. Zuroff grew up steeped in what he terms “Jewish public service.” He studied history at Yeshiva University, and went on to earn a master’s degree in Holocaust studies at The Hebrew University in Jerusalem. While working on his doctorate, in 1978, he was hired by the newly created Simon Wiesenthal Center as its academic director. He went on to do contract work for the U.S. Office of Special Investigations, searching for information on Holocaust survivors, and to help persuade them to testify against accused war criminals. Posters for Operation Last Chance, put up in Germany in late July, have elicited a flood of new tips on the possible whereabouts of Nazi war criminals.

One specific hour proved to be the turning point in his career: “I was on assignment to find survivors who might have information on Josef Mengele — working with the International Tracing Service of the Red Cross, dealing with information on survivors from 15 countries — and I realized that there might not only be Jews on the list,” he said. He began to suspect he had stumbled on something — possible war criminals posing as refugees to escape prosecution.

“As an experiment, I looked for 49 names of Latvian and Lithuanian war criminals, and I found 16 of them listed,” he said. In the U.S. the search for those fugitives was already under way. In other countries, like Canada and Australia, nothing was being done. He realized that hundreds of the perpetrators might be finding safe haven all over the world, pretending to be refugees.

He went on to found and head up the Wiesenthal Center’s Israel office, leading international efforts to track down Holocaust criminals and have their host countries bring them to justice. His efforts continued even after Wiesenthal himself, the most famous Nazi hunter, declared in 2003 that the search completed and died in 2005.

Zuroff’s determination has never flagged, despite a host of frustrations, political and legal obstacles, and resistance from people who have known his targets only as loving parents or good neighbors. He said, “Whenever I’ve become frustrated — that people might die before I can get them, or be found and then get acquitted — I think of the victims, and I know that nothing I’m going through can compare with what they faced.”

Two aspects still trouble him deeply: The fact that not one of the perpetrators he has found has expressed regret, and that most of them had lived ordinary, law-abiding lives before the war, and went on to do so afterward. “They were completely normal people,” he said.

Zuroff doesn’t blame nationalism or ethnic pride. “There’s nothing wrong with loving your own people, as long as you express it in a moderate and humane way, without disrespect for others.”

Education is essential, he said, and it is imperative that justice be seen to be done. “I can’t prove it, but perhaps if it had been clear that they would pay dearly, those responsible for the killing in Rwanda and Cambodia and Darfur might not have done what they did.”

As for hatred of the Jews, he said, the issue will never go away. “Anti-Semitism will never be wiped out,” he said. “It has to be managed, and kept as small as possible.”