A wartime diary of one of Adolf Hitler's senior henchman has been handed over to the Holocaust Memorial Museum after it mysteriously vanished 70 years ago.

U.S. Immigration and Customs Enforcement transferred about 400 handwritten pages from the diary of Alfred Rosenberg to the D.C. museum on Tuesday.

Rosenberg, who played a significant role in the slaughter of millions of Jews and other non-Aryans  under the Third Reich, once wrote in his diary about having lunch with Hitler - while the Nazi leader, who was vegetarian, offered his opinions on the evils of meat. 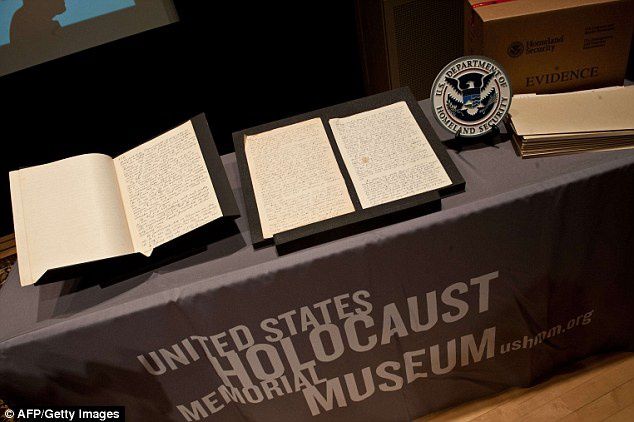 Pages from the diary of Nazi ideologue Alfred Rosenberg are displayed at the Holocaust Memorial Museum in Washington, DC on Tuesday Pages dated February 7, 1940 (left) and February 2, 1941 (right) from the diary of German Nazi ideologue Alfred Rosenberg are displayed at the Holocaust Memorial Museum

Although official translations have not yet been completed, a basic translation reveals that at a Berlin lunch around February 1941, Hitler said that sick children should not be given meat but fruit and vegetables to improve their health.

Rosenberg wrote: 'He [Hitler] is convinced that plant eaters... the tenacious forces of life.'

The fascist noted in his diary about his travels around Germany to inspire Nazi forces on the brink of war.

Rosenberg was convicted of war crimes at the Nuremberg trials after World War II and executed in 1946.

Holocaust Memorial Museum Director Sara J. Bloomfield said on Tuesday that the diary will help in understanding the ideas that led to the extremist ideology of Nazism. The Holocaust Memorial Museum has posted scans of the newly acquired diary pages on its website, with accompanying German transcripts. An official English translation is not yet available.

According to the museum, the diary contains details of Rosenberg's meetings with Hitler, squabbles among senior Nazis and bombing raids on Germany.

The long-lost diary was uncovered earlier this year in upstate New York after disappearing 70 years ago.

The diary pages were found at a publishing business in Lewiston, New York.

Officials say Rosenberg's diary was smuggled into the U.S. after the war, most likely by Robert M.W. Kempner, a government lawyer during the Nuremberg trials.

Born in Germany, Kempner had fled to America in the 1930s to escape the Nazis, only to return for post-war trials.

Kempner cited a few Rosenberg diary excerpts in his memoir, and in 1956 a German historian published entries from 1939 and 1940. But the bulk of the diary never surfaced.

The lawyer died in 1993, and museum officials later took possession of some of his extensive document collection.

But the Rosenberg diary remained missing until recently.

'One of the enduring mysteries of the Second World War is what happened to the Rosenberg diary,' said John Morton, director of U.S. Immigrations and Custom Enforcement said in June.

'We have solved that mystery.'

The search for the diary dates to 1996, when two of Kempner's former legal secretaries approached a Holocaust museum official about Kempner's collection of papers.

Over several years, museum officials assessed and took possession of several documents from Kempner's collection, although some material they initially viewed in 1997 at Kempner's Pennsylvania home were missing when they went to retrieve the papers. 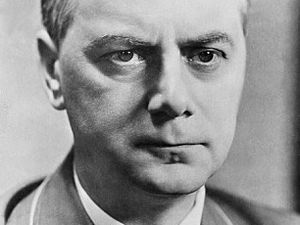 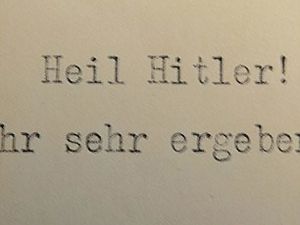 Harrowing tales: A diary has been recovered which belonged to Hitler confidant Alfred Rosenberg with the chilling language of the fascist regime 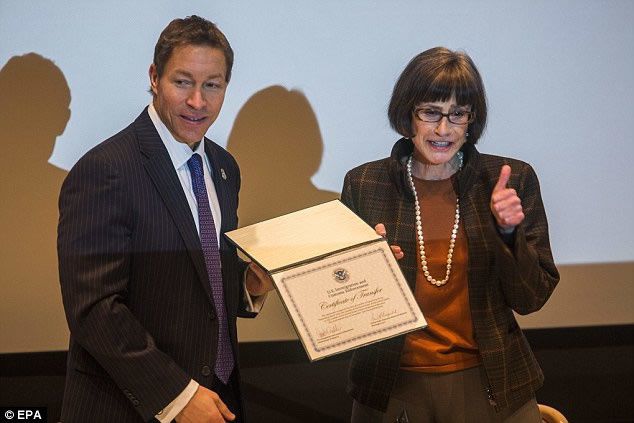 Officials later learned that the two secretaries and 'another gentleman from upstate New York' had taken the papers.

The papers were found in the hands of Herbert Richardson, an academic publisher in Lewiston who once worked for Mr Kempner, according to The New York Times.

MUSINGS OF AN EVIL MIND: EXCERPTS OF ROSENBERG'S DIARY

The Holocaust Memorial Museum has not provided official English translations. According to basic translations online, some diary excerpts reveal details of Rosenberg's lunches with Hitler and his trips across Germany to stir troops at the dawn of the Second World War:

'After the Congress', 1937: The Nazi describes his battles against Catholicism and the Pope.

May 21, 1939: Rosenberg discusses meeting with another high-ranking Nazi Hermann Goering where he developed his views on 'ethno-psychological foreign policy'.

February 2, 1941: Rosenberg describes how he ate lunch with Hitler in Berlin where the Nazi leader reportedly said that sick children should not be given meat but fruit and vegetables. The henchman writes: 'He [Hitler] is convinced that plant eaters... the tenacious forces of life.'

September 1, 1941: Rosenberg says that having been bed-ridden with periostitis - a chronic inflammation of the tissue around bones - he had time to consider the details of his ministry -  such as staffing and interviews. He adds that the future of Ukraine is a 'yet completely undecided problem'.