The U.S. has conducted 138 airstrikes in Iraq so far. 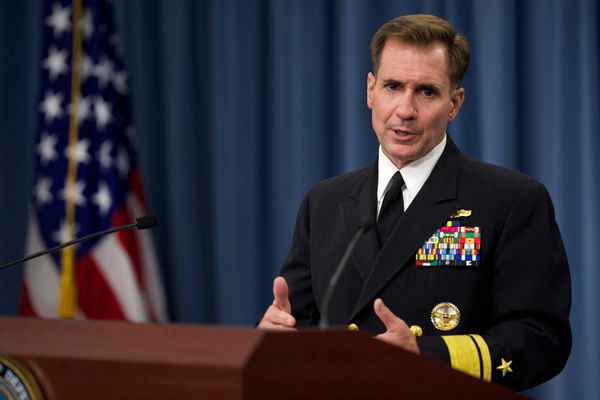 The U.S. launched a series of airstrikes against Islamic militants in western Iraq this weekend to protect vital dams, the Pentagon said. The new airstrikes targeted fighters from the Islamic State of Iraq and Greater Syria (ISIS) operating near western Iraq’s Haditha Dam and Mosul Dam.

“At the request of the Government of Iraq, the U.S. military today conducted coordinated airstrikes against [ISIS] terrorists in the vicinity of the Haditha Dam in Anbar province,” Pentagon Press Secretary Rear Admiral John Kirby said in a statement. “We conducted these strikes to prevent terrorists from further threatening the security of the dam, which remains under control of Iraqi Security Forces, with support from Sunni tribes.”

National Security Council Spokesperson Caitlin Hayden said the Haditha strikes were carried out “at the direction of the President and in coordination with the Government of Iraq.”

The Pentagon said in a separate statement that “additionally, an attack aircraft conducted one airstrike against ISIL near Mosul Dam on Saturday in support of Iraqi security forces protecting Mosul Dam.” The U.S. had previously carried out airstrikes to protect the Mosul Dam, but the operations near the Haditha Dam were new.

The Pentagon said it ordered the strikes to protect U.S. personnel and support Iraqi security forces. “We will continue to conduct operations as needed in support of the Iraqi Security Forces and the Sunni tribes, working with those forces securing Haditha Dam,” Kirby said.

This weekend’s strikes brings the total number of recent U.S. bombings in Iraq to 138.