Leonardo da Vinci's only existing self-portrait, Portrait of an elderly man (1512), is making a rare appearance as part of the exhibition “Leonardo and the Treasures of the King," which opened last week at the Royal Library in Turin, BBC reports. 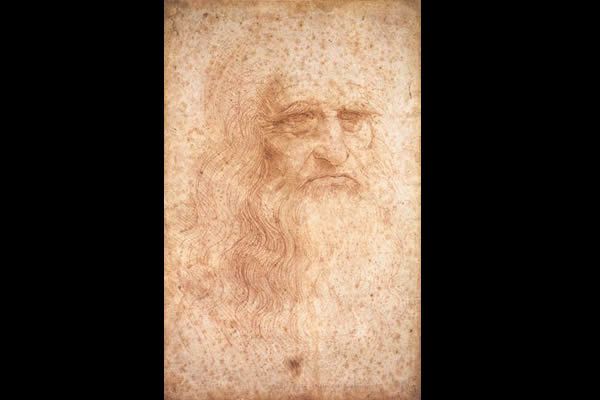 Legend has it that the 500-year-old red chalk self-portrait has magical powers that grant great strength to those who lay eyes on it. That might explain why it was whisked away from Turin and hidden in a secret place during World War II: to avoid its falling into the grasp of Hitler and giving him more power. "To prevent the Nazis from taking it, an intelligence operation saw it transported in absolute anonymity to Rome," Giovanni Saccani, director of the library, told the BBC.

Da Vinci's self-portrait was the only work from the entire collection of drawings and manuscripts to be removed from the Royal Library in Turin at the time, and so secret was this operation that nobody knows where exactly it was hidden.

What experts do know, however, is that the fragile work suffered damage during the undercover operation. “They didn't have the same knowledge and techniques back then," Saccani explained.

Due to its fragility, the chalk sketch has only been put on public display three times in the last century, so this exhibition offers a unique opportunity to admire it in the flesh (and, hopefully, benefit from its magic powers).

The exhibition, which runs until January 15, includes 80 masterpieces by artists such as Raphael, Annibale Carracci, Rembrandt, and Anthony van Dyck. Admission to the room where Da Vinci's self-portrait is displayed is limited to 25 people every half hour.