My father, Harry Allpress, who has died aged 95, was a veteran of both the Dunkirk evacuation and the Normandy landings. A member of the reconnaissance corps, he was awarded the Military Medal and twice mentioned in despatches. 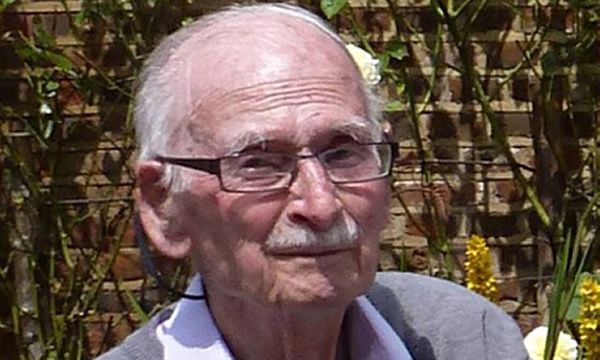 Harry was born in Lambeth, south London. His father, William, was an engine driver; his mother, Alice (nee Haynes), had been in domestic service. An exhibition based on the Allpress family, A Family in Wartime, has been created at the Imperial War Museum in London.

Harry grew up in a warm family, with two brothers and seven sisters, and went to school in Stockwell, leaving at 14. As a young man, he was an athlete, and a keen cyclist and camper, pursuits that stood him in good stead in his army life.

He was one of those men for whom the army was his further education. Conscripted during the second world war, he rose through the ranks to become a senior NCO, and at the end of the war was offered a commission in the regular army. He declined; he later told me he had had enough excitement to last a lifetime, and as a child I rarely heard him speak of his time in the services.

Before the war Harry worked in the furniture trade as a French polisher with his older brother, William. In 1946, he and his new wife, Thelma (nee Donoyou), whom he met at a rambling group, moved to Surrey, where Harry ran a camp site. In 1950 he moved to Essex where, working for the local education authority, he ran a number of youth camp sites and worked on the development of various youth outdoor projects.

Dad never held any animosity towards those he had fought, and in the 1950s he worked on developing an international youth camp to bring together youngsters from all over the world. The camp was held at Danbury County Park, Essex, later moving to East Mersea on the Essex coast. This international camp still takes place each summer, as it has for 60 years.

Harry retired as senior camp warden for Essex Lea youth service in 1983 and became active in village life at Danbury, near Chelmsford. Thelma died in 2003.

Only in his 80s did he talk about his experiences in the war, and then had many stories. Harry lived independently until his recent short illness and is survived by his children, Carolyn and me, two grandchildren and two great-grandchildren.