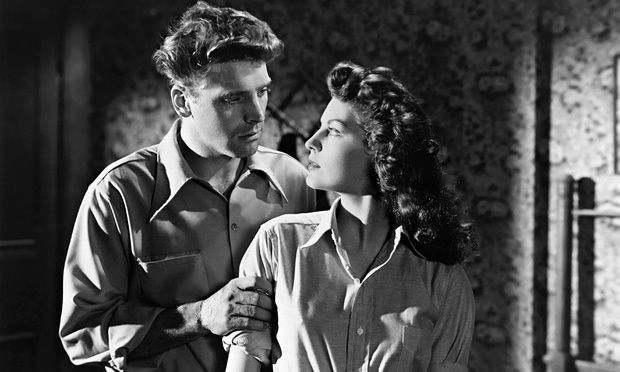 Published in 1927, Ernest Hemingway’s The Killers is one of the great short stories of the 20th century. In a taut 3,000 words it recounts a visit to a small town outside Chicago by two laconic, wisecracking hit men, Max and Al, who take over a local diner one late afternoon to kill a regular patron, a down-and-out ex-boxer known as the Swede. When he doesn’t turn up they leave. Hemingway’s fictive alter ego, Nick Adams, is in the diner, and he goes to warn the Swede, who lies passive in his rooming house, making no effort to escape. Edward Hopper wrote to the publishers in 1927 to say he found it “refreshing to come upon such an honest piece of writing in an American magazine”, and it inspired his painting Nighthawks. The story’s influence ranges from Pinter’s The Birthday Party to Cronenberg’s A History of Violence, and there have been three film versions – this 1946 noir classic by Robert Siodmak, a 1956 film school exercise by Andrei Tarkovsky and a 1964 TV film by Don Siegel – which are compared in a visual essay accompanying this Blu-ray disc.

The original story never explains who wants the Swede killed or why he waits fatalistically for death, and the first 20 minutes of Siodmak’s film are a near perfect adaptation of the tale and Hemingway’s idea of grace under pressure. The screenplay (written by John Huston but credited to Anthony Veiller) cleverly weaves together a variety of familiar crime plots to answer the questions Hemingway left unanswered, most obviously how a decent man was lured from the straight and narrow by a femme fatale.

At the centre, in his first screen appearance, is Burt Lancaster as the Swede, a vulnerable, doomed loser of the sort he was often to play, with Ava Gardner in her first starring role as the alluring, duplicitous Kitty. Their chemistry is incendiary, and virtually everything round them is first-rate – Woody Bredell’s high contrast, low key black-and-white photography, a supporting cast led by Albert Dekker, Edmond O’Brien and Sam Levine, and music by the prolific Miklós Rózsa, who also composed the score for the Siodmak-Lancaster noir masterpiece Criss Cross (1949).