My friend Margaret Blacklock Evans, who has died aged 90, was an educator, champion swimmer and talented amateur botanist. She contributed to her community until the very end of her life. 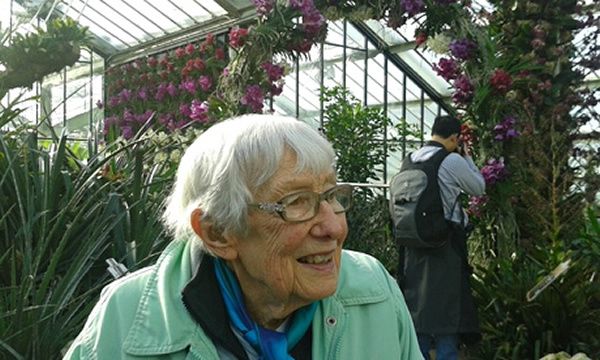 She was born in Dudley, in the West Midlands, to John Evans, an engineer and draughtsman, and his wife Marjorie (nee Withey). A bright girl, she was encouraged by her parents to try for a scholarship that enabled her to take up a place at Girton College, Cambridge, where she read geography. She always said she was grateful to her parents for giving her the opportunity – it was unusual in those days, and in her modest circumstances, for a girl to be educated beyond 16. While at Cambridge she was captain of the women’s swimming team, and in later life she joined Redbridge Masters Swimming Club. She broke a number of world records in the 60-75 age groups up to the year 2000.

After graduating she began a successful career as a teacher, becoming head of Beal grammar school for girls in Redbridge, Essex, in 1965. When Beal was merged with the co-educational Downshall, the local secondary modern, to form Seven Kings high school in 1974, Margaret became one of the first female heads of a comprehensive. Her success was acknowledged when, in 1985, she was appointed OBE.

She was an active member of Ashurst Drive baptist church – always questioning, always interested. For 25 years she was a volunteer in various different roles at Kew Gardens, which is where I met her working in the herbarium library. At the age of 90 she was still making the journey every Monday from Redbridge to Kew in west London to fulfil her love of the natural world and interest in botany.

Margaret’s inquiring mind and endless interest in the world and her fellow human beings made her one of the most thoughtful, kind and interesting people I have ever known.

She is survived by her younger brother, John, her niece, Sian, and nephew, Mark.