My father-in-law, Ewen McDonald, almost died 72 years ago. His Wellington bomber was shot down during the second world war and most of his crew perished, but Ewen was fished out of the sea and went on to become one of the last surviving former prisoners of war from Stalag Luft III in Germany – scene of the classic war film The Great Escape. 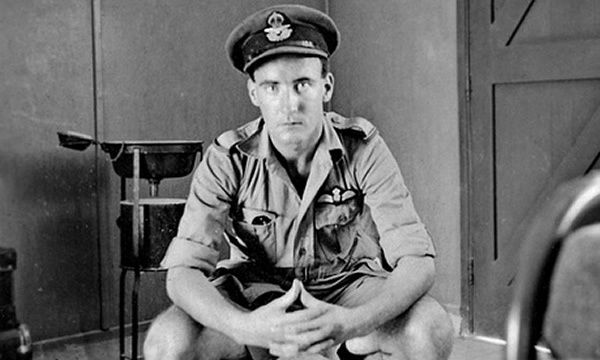 Ewen McDonald was involved with the famous “wooden horse” escape operation, which was also turned into a famous war film, The Wooden Horse, 1950

After the war he became a pillar of the community in the north-east of Scotland, rector (headteacher) of the Gordon schools in Huntly, Aberdeenshire, a justice of the peace and chair of the county’s children’s panel. He lived quietly in retirement, dying at the age of 94.

Only in recent times did Ewen talk about his wartime experiences. Particularly harrowing was his recollection of the summary execution of 50 of his fellow airmen from another part of the camp following the “great escape” in 1944, an event recreated on film, with Richard Attenborough and Steve McQueen – with some artistic licence – two decades later.

Ewen had some involvement in other escape attempts, joining in planning meetings, moving earth and taking his turn at look-out duty. He was even involved with the famous “wooden horse” operation, in which a gym horse was used as cover for digging and later gave its name to another classic war film.

He was born in Glasgow, the son of a police officer, Duncan, and his wife, Annie (nee Tait). He enlisted in the RAF in 1940 and proved such a capable pilot that he was given the job of training others. He had to push for more direct involvement in the war, and flew 15 operations, attacking enemy shipping in the Mediterranean.

He was shot down in February 1943 on a daring low-level mission to drop mines at the entrance to Heraklion harbour, Crete. Three of his crew of four were killed. He survived, with serious head wounds, and was taken to Stalag Luft III, the prison camp for captured airmen.

There was no counselling when Ewen returned to the UK. He was part of a generation that just got on with life. After retiring, he returned to the site of the prison camp, now in Poland, where by chance he met a visiting school group and was persuaded to talk to them about his experiences.

He is survived by his wife, Mae, his children, Joyce, Colin and Jenny, five grandchildren and two great-grandchildren.