Serge and Beate Klarsfeld have spent their lives tracking down war criminals so they can be brought to justice. Serge and Beate Klarsfeld in their Paris office

The Klarsfelds run one of the world’s more unusual family businesses. They are Nazi hunters. Seven decades after the end of the second world war, they are still as actively involved as ever in seeking justice for the victims and survivors of SS war crimes and the French Vichy collaborators.

In Paris today, Serge and Beate Klarsfeld, perhaps most famous for unmasking Klaus Barbie, the Butcher of Lyon, concede that their hunting days are over, but business is thriving as they busy themselves with the task of documenting the Holocaust in France.

“We are always working and always together,” says Serge Klarsfeld, 79, who can claim to have brought at least 10 war criminals and French collaborators to justice. As his wife, Beate, four years his junior, says: “It’s easy. We sit together. We work together, we play together.” To which Serge, a man not always known for his sense of humour, adds: “And we sleep together. But it’s like people having a small shop, you know, one is selling, one is buying. Yes, we are a family business.”

They have two children and their son, a lawyer, works with them. “Arno is very much involved,” Beate says.

“I have been involved since my mother took me on demonstrations when I was three,” Arno says.

“I have pictures of me carrying him at a demonstration,” his mother says.

In fact, it was Arno who was responsible for conducting the trial of Maurice Papon, the former Paris police chief sentenced to 10 years in prison in 1998 for administering the laws that led to the deportation of 140,000 French Jews. “I prepared the case and Arno prosecuted him in court,” says Serge.

We are talking in the ground floor office below Arno’s home. It’s in a Paris street not far from the Arc de Triomphe and the Place de la Concorde. Books and papers are piled everywhere, evidence of the work the Klarsfelds have done and are still doing in their work campaigning tirelessly for the Sons and Daughters of People Deported from France, an organisation they founded. 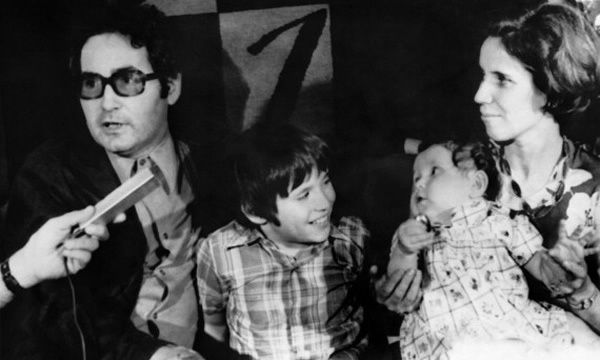 Serge is one of those sons. When he was eight, he, his mother and sister hid behind a false wall in their home in Nice as his own father – also Arno – was taken away by the French Vichy police and sent to Auschwitz. He was a Jew, born in Romania. His family never saw him again.

Beate’s story is very different. She is not Jewish. She is not even French, but German. She has dedicated her life to Holocaust victims and survivors as an act of atonement. Her Protestant father, who died in 1955, was a regular soldier in the Wehrmacht. “He was not a member of the Nazi party,” she says, but she knows he would not have approved of her work – at first.

Her work sounds, at times, like a female James Bond story (In fact, in 1986 her life was turned into a film, starring Farrah Fawcett).

It really is quite a tale. Beate was working as an au pair in Paris and met Serge on the platform at a Metro station in 1963. He was the administrator of a Paris radio and television station, who was on the way to becoming a lawyer and already a historian.

They talked incessantly about Serge’s experience of going into hiding as a child in the south of France and losing his father. They vowed to try to bring the perpetrators and other Nazis to justice.

That “something” was more than just gathering information that led up to trials and convictions. Beate describes some of the things she did as “adventures”. The first was in 1968 when she broke up a session of the West German parliament, the Bundestag, shouting at the Chancellor, Georg Kiesinger, “You are a Nazi!” After that, she interrupted a political rally by jumping on to the podium and slapping his face. In 1969, she was sentenced to a year in prison for it and served four months. Alois Brunner, Adolf Eichmann’s assistant. Beate tracked him down in Syria, but he escaped

She and Serge spent years looking for Alois Brunner, a Nazi who was Adolf Eichmann’s assistant. They were convinced that Brunner was guilty of the murder of 43,000 Paris Jews as well as 66,000 in Salonika and 13,000 in Slovakia. They discovered that Brunner, who had long been on the run, was living in Damascus, working for the Syrian government and the president, Hafez al-Assad. Beate’s job was to get to his lair and to work with the Israelis to capture him. It almost happened. “I borrowed our maid’s passport, changed my hairstyle to look like her and got into Syria. In Damascus, I found his phone number – he was living under an assumed name, Georg Fischer – and I pretended to be a Nazi myself. I said that he ought to leave his apartment because the Israelis knew where he was. He said, ‘Thank you, my dear.’

“That was all I needed to hear. It proved that he was exactly whom we suspected.”

Unfortunately, Brunner took her “advice” seriously, left the flat and escaped before Israeli intelligence could go into action. Beate was subsequently arrested and jailed by the Syrians, but released and deported after three months.

As for Brunner, he was never found and in December last year was formally pronounced dead. “We believe he died many years ago,” says Serge.

They were also responsible for the unmasking of Klaus Barbie, the Butcher of Lyon, for murdering Jews in the city where he was the Gestapo chief. Serge tracked him to Bolivia where Barbie was living and was said to have been involved in the killing of Che Guevara. Barbie was subsequently sentenced to life imprisonment for crimes against humanity and died in custody. It was their most publicised case.

Beate Klarsfeld being arrested by Chilean police in 1984 in Santiago for staging a demonstration to demand the expulsion of Nazi war criminal Walter Rauff. Another important case was the tracking of Rene Bousquet, head of Jewish affairs for the collaborationist Petain regime, who discovered hundreds of Jewish children living in the quiet village of Izieu and had them deported to Auschwitz. He was assassinated just as he was also about to be brought to trial for crimes against humanity.

Serge and Beate have both served prison sentences for the work they have done. In 1974, they were each imprisoned for two months for attempting to kidnap Kurt Lishka, a West German judge working under his real name, who had once been head of the Gestapo in Paris and responsible for the deportation of 75,000 Jews – the largest single mass operation during the occupation of France.

The Klarsfelds planned to kidnap him and take him for trial in France. But the plan was discovered and the police caught them trying to push the former Nazi into the boot of their car.

Lishka was later convicted and jailed for 10 years in Germany, but he was released for health reasons and died in a nursing home. 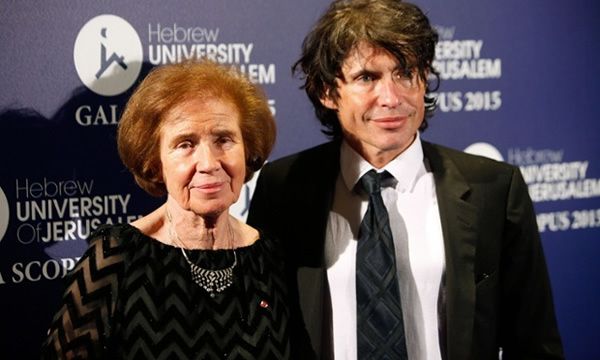 Beate and Arno Klarsfeld in Paris

The couple’s car became the centre of attention in July 1979 when it was bombed near their home. No one was in it when the bomb exploded, nor was anyone nearby injured. Members of the Nazi organisation Odessa claimed responsibility. They had received threatening letters from people who claimed to be Odessa members for some time. After the bombing there were more, but they were never traced. Since then, the very existence of Odessa has been denied, but the couple maintain the bombers claimed they were members of the network.

In January this year, the family went, briefly, into operation again. They were asked by a court in Cologne to look into the case of a former German soldier alleged to have been involved in the murder of an entire village. “I was a lawyer again,” Serge says. “But the case was not proved and the man went free.”

From all their years of trying to bring Nazis to justice, what is the Klarsfelds’ proudest achievement? “Solving the problem of relations between France and Germany. Germany wouldn’t extradite Nazis and their law wouldn’t allow them to trial criminals for offences outside the country. It took nine years, but we got the law changed. Our own relations with Germany are very good. We are friends of the German ambassador and we have been greeted by Angela Merkel.”

Much has changed in the decades since Beate slapped the face of that other German chancellor in 1968.