Two women are joining the 71 men in the republic’s temple of achievement. But there could be no better example of French values than welcoming an American. 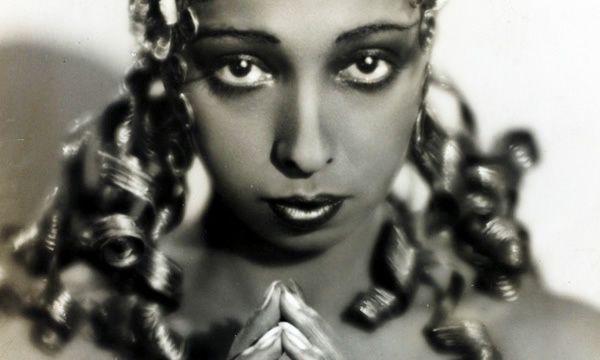 One of the highest honours France can bestow upon its citizens is a place in the Pantheon. This sepulchral monument, which sits in the middle of the Latin Quarter in Paris, hosts the tombs of 73 of the country’s most distinguished citizens.

An inscription on the facade reads “To great men, the grateful homeland” – a directive followed to the letter. There lie the remains of 71 men, including the philosophers Rousseau and Voltaire, and the authors Victor Hugo and Alexandre Dumas.

In the early 1900s, a law was passed to allow women to be commemorated too. So far, only two have entered the mausoleum: Marie Curie, the Nobel prizewinner known for her work on radioactivity, and Sophie Berthelot, a chemist who pioneered organic synthesis (the honour of a place in the Pantheon, however, was thanks to her husband, who had explicitly asked for their remains not to be separated). Today, four new names will join this long list. President François Hollande will speak at a ceremony introducing the figures of the resistance movement, including two other women: Germaine Tillion and Geneviève de Gaulle-Anthonioz.

Both women had worked to expand intelligence networks that helped the Allied forces, and were deported to the Ravensbrück concentration camp, where they were placed in isolation. Both died having lived lives which embodied their values: courage, determination, and a thirst for justice.

The decision to add two more women to the Pantheon has been hailed as a victory by activists, who, since the 1970s have argued that more female figures are worthy of France’s highest honour. Many were quick to suggest others, too: Edith Piaf, whose name is closely associated with France internationally, could have been a candidate. Simone de Beauvoir or George Sand would also have been respectable choices, since they embodysome of France’s most cherished virtues. However, whether France would deign to consecrate outspoken activists fighting for the cause of women’s rights remains to be seen.

Last year, one brilliant suggestion was put forward by the journalists of France Inter’s radio show, Là Bas Si J’y Suis – and I’d like to make the case for it.

Baker, who was born in the US, and became a naturalised French citizen in 1937, is a hero of the French republic. During the second world war, she was recruited by French military intelligence and engaged as an “honorable correspondent”. She used her fame to travel and pass on secret messages to pivotal figures of the resistance, gathering top secret information as she went, sometimes even storing documents in her underwear. For her services, she won five medals, including the prestigious Légion d’honneur.

Baker’s was the best example of patriotism I can think of: she fought for a country she loved, because its ideals sustained her (as she famously sang, “I have two loves: my country and Paris”).

Later in life, Baker went on the adopt 12 (yes, 12) children, all from different ethnic backgrounds, whom she lovingly referred to as her “rainbow tribe” (never mind modern white celebrities adopting children from developing countries – think about how unusual it was for a black women to adopt white children at the time). As Rebecca Onion writes, “just by existing as a multiracial, multinational family, they demonstrated Baker’s belief in the possibility of equality.”

During her life, Baker saw some of the best and worst of the 20th century: she witnessed the Jim Crow laws, was hunted by McCarthy as a communist, was friends with both Martin Luther King and Fidel Castro, and even inspired the surrealists. Most of all, she never stopped fighting.

Not only did Baker see history in the making, she became history. She believed in love, and that human beings, no matter what their origin, could blossom under the true ideals of the French republic.

France would be lucky to have her in the Panthenon.