Aubrey Morris, a British actor best known for his role as a sniveling probation officer in “A Clockwork Orange,” died on Wednesday in Los Angeles. He was 89. 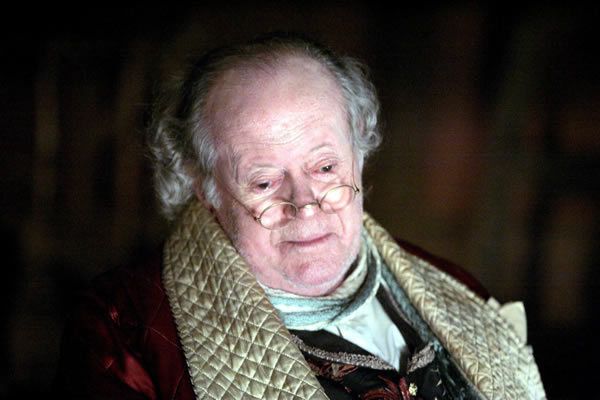 Aubrey Morris in the HBO drama "Deadwood" in 2006

His death was confirmed by his agent, Larry Corsa, who said he had been ill for several weeks.

In a career of more than five decades, Mr. Morris brought a memorable touch of eccentricity to films including the cult thriller “The Wicker Man” (1973), Woody Allen’s “Love and Death” (1975) and Ken Russell’s “Lisztomania” (1975).

But his portrayal of P. R. Deltoid in Stanley Kubrick’s celebrated 1971 film “A Clockwork Orange” was his most beloved and famous role. Mr. Morris blended the sinister with the comedic in his scenes with Alex, the dangerously violent youth played by Malcolm McDowell.

Mr. Morris was also seen frequently on television, both in Britain and in the United States. His small-screen work included roles on “The Avengers,” “Murder, She Wrote” and “Deadwood.” He was last seen earlier this year on the sitcom “It’s Always Sunny in Philadelphia.”

Born on June 1, 1926, in Portsmouth, Hampshire, one of nine children, Mr. Morris studied at the Royal Academy of Dramatic Art in London. He made his stage debut in “The Winter’s Tale” at Regent Park in London in 1944 and went on to appear on Broadway several times, mostly in small roles in Shakespeare plays.