Anglican priest and academic whose writing on Christianity was both scholarly and entertaining. The Reverend Professor Owen Chadwick, OM, who has died aged 99, was a clergyman-academic of a kind once common in universities but now very rare; the holder successively of Cambridge University’s chairs of both Ecclesiastical and Modern History, he was a leading authority on the history of religion and the churches.

The greater part of his career was devoted to the study of post-Reformation history, particularly the English Church, state and society since the industrial and French revolutions.

His single biggest publication, The Victorian Church – published in two parts in 1966 and 1971 – was a gigantic survey of religious life in Britain in the 19th century, exploring the social and intellectual developments which lay behind the waning power of religion in the Victorian period.

Although it was based on a quite astonishing range of research, The Victorian Church was – typically for Chadwick – essentially a personal interpretation. It showed less interest in dissent than in the establishment, less liking for evangelicals than for the Oxford Movement, and less love for town than for country. If some critics accused him of lack of balance, they were unable to fault his analysis of the politics of established churchmanship. 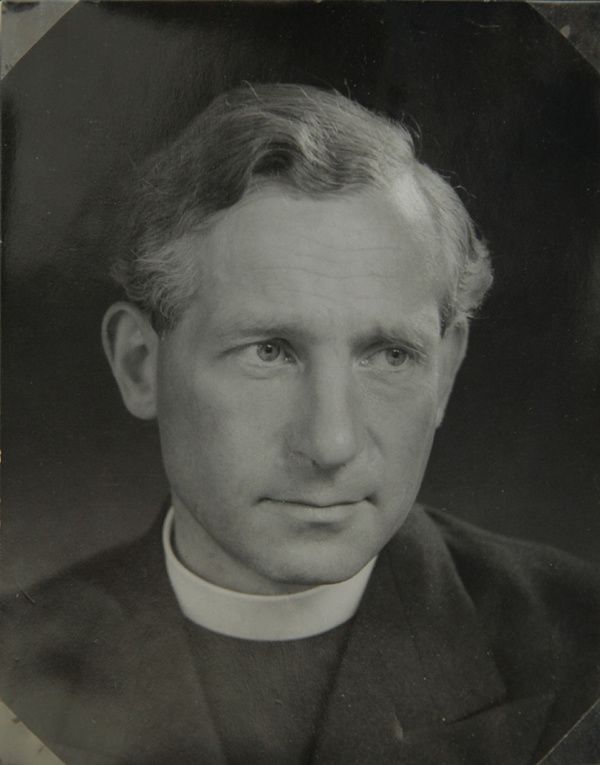 Nor could they fault his prose style. For Chadwick was no dry-as-dust historian; he always preferred to tell a story to explore a situation or illustrate a point. The Victorian Church was enlivened by a wealth of vivid detail: Queen Victoria trying to slip a favourite preacher into a bishopric; a Dorset parishioner complaining that his astronomy-minded rector kept “a horoscope top o’ his house to look at the stares and sich”.

Although he wrote extensively on the relationship between the Christian denominations, Chadwick’s strength lay in his sympathetic understanding of the spiritual and social foundations of the Church of England.

He always wrote most warmly about the country clergy and, as he put it, their “reasonable, quiet, unpretentious, sober faith in God and way of worship”. The history of the English Church, he believed, was made not only by the decisions of the great at Lambeth or Westminster or in debates at Oxford, but by the convictions of obscure country parsons in Lincolnshire.

Chadwick’s particular skill was his ability to evoke the atmosphere of parish life. For example in Victorian Miniature (1961) – considered by some to be his masterpiece – he provided a richly entertaining vignette of life in the Norfolk parish of Ketteringham and the uneasy relationship between the squire, an enlightened despot called Sir John Boileau, and parson, the Rev William Waite Andrew, a sort of Calvinistic Pooter who felt twinges of conscience about gardening.

Chadwick’s use of telling detail was always strongly characteristic of his writing. In A History of the Popes 1830-1914 (published in 1998 when Chadwick was 82) his account of what was “in some ways the worst time for the Church in the modern epoch” was enlivened by vivid cameos: of Pius IX in flight from Rome, stealing down a back staircase in an ordinary cassock, dark glasses and a brown woollen muffler. It contained a wealth of amusing one liners such as “the Holy Office was hard-boiled about women who went into ecstasies” and pithy and evocative character sketches: of Bishop Ketteler, who “studied law at the university where he lost the tip of his nose in a duel. He showed no signs of being an ordinand”; or of Cavour, a man “complacent about his virtues”.

Chadwick liked to quote St Augustine’s saying “Nemo nisi per amicitiam cognoscitur” ("no one is known except through friendship", also sometimes very loosely translated as "no one learns except by friendship"). His writings were always strikingly free of hostile judgments. The worst he would ever say of a fellow scholar was that he was “doctrinaire”. His most damning put-down was his comment on the medievalist Coulton’s Art and the Reformation: “Despite its title this is about medieval art and architecture, and is probably Coulton’s best book.”

Owen Chadwick went to Tonbridge, where he was school captain as well as captain of rugby, and then up to St John’s College, Cambridge, where he read Classics. By his own account he went up to Cambridge to play rugby rather than to study; and as an undergraduate, Chadwick, nicknamed “Binks”, was better known for his boisterous energy on the playing field than for his academic interests. He played rugby for Cambridge against Oxford three years running and in 1938 captained the team to victory at Twickenham. On one occasion he was rusticated for his part in damaging a railway carriage.

But in 1938 other more serious occupations began to join rugby football. It was in that year – the year of Munich – that he came under the influence of Martin Charlesworth, a history fellow of St John’s and a powerful influence in Cambridge Christian circles. It was also in 1938 that the distinguished German pastor Martin Niemöller was sent to Sachsenhausen.

“In that moment,” Chadwick later recalled, “Niemöller looked from England like the European conscience standing on moral principle against tyranny; the freest man in Germany despite his confinement.”

Deeply affected by these events, Chadwick decided that his future lay in the Church and after gaining a First in his Part II exams in 1938, he stayed on for a fourth year to study Theology.

In 1939, after graduating from St John’s – again with a First – Chadwick studied for Holy Orders at Cuddesdon Theological College, Oxford, being ordained deacon in 1940 and priest in 1941. Cuddesdon cemented the bond between Chadwick and the Tractarian tradition which inspired some of his finest work as a historian.

From Cuddesdon he went as curate for two years to St John’s, Huddersfield, then, until the end of the war, served as chaplain at Wellington College, the public school. During the war he also played rugby for Blackheath and was part of a wartime England team which played New Zealand. In 1947 he returned to Cambridge, where he became fellow then Dean of Trinity Hall.

In 1956, Chadwick was installed as Master of Selwyn College, Cambridge. Selwyn had been founded in 1882 as a public hostel for hard-up Anglicans, and at the time Chadwick became Master it had not yet become a full part of the university.

Chadwick was Master of Selwyn for 27 years, during which time the college acquired full status as a university college, undertook an extensive building programme, increased its complement of students (women were admitted in 1976) and more than doubled the numbers of postgraduates and fellows.

In 1958, Chadwick became the university’s Dixie Professor of Ecclesiastical History, and in 1968 Regius Professor of Modern History, succeeding Herbert Butterfield. During the 1960s and 1970s, Chadwick was frequently mentioned as a potential candidate for the see of Canterbury and was said to have rejected at least two bishoprics. Nevertheless, he made a contribution to the Church in other ways. 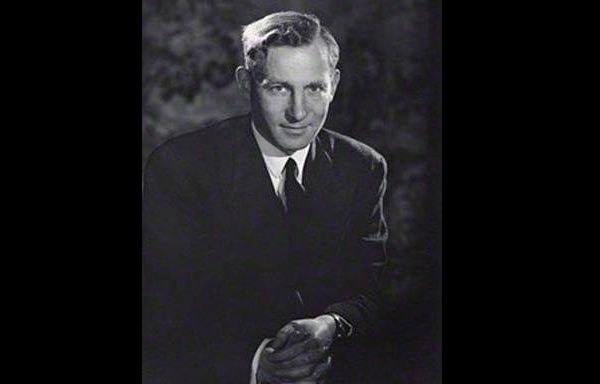 A lifelong friend, and the biographer, of Dr Michael Ramsey, the Archbishop of Canterbury, Chadwick was twice appointed by Ramsey to serve as his representative at joint doctrinal discussions with the Orthodox churches.

In 1964 he served on a commission to work out a scheme for synodical government, and from 1966 to 1970 he was chairman of the Archbishops’ Commission on Church and State which recommended that Parliamant should devolve its powers in Church matters to a new synod, which would become the sole authority on the life and doctrine of the Church. More controversially, the report recommended scrapping the bar on clergymen standing for election as MPs and suggested that leaders of other churches should sit in the House of Lords.

Chadwick served as Vice Chancellor of Cambridge University from 1969 to 1971, years when the tide of radical student and faculty activism was at its height. He coordinated the University’s response to the 1970 Garden House Riots which took place when a group of Left-wing students demonstrating against the Greek military junta damaged the Garden House Hotel during a “Greek Week” dinner organised by the Greek tourist board.

Chadwick had to repair relations between town and gown, and also respond to students and Left-wing dons who were incensed by the role of university proctors in helping the police to identify the rioters. He supported the role of the proctors in the affair, but in subsequent discussions with student representatives on a new disciplinary code, agreed that proctors would no longer attend political demonstrations outside the university.

He continued to be a keen supporter of the university rugby team and from 1973 served as President of the Rugby Football Club. His after-dinner songs remained popular features of the club’s social events.

Chadwick held a number of academic positions outside Cambridge. In 1975-76 he was Hensley Henson Lecturer in Theology at Oxford University, and in 1980-81 he was Ford Lecturer in English History at Oxford.

From 1978 to 1994 he served as trustee of the National Portrait Gallery. He was President of the British Academy from 1981 to 1985 and, after retiring as Regius Professor and Master of Selwyn in 1983, was Chancellor of the University of East Anglia from 1985 to 1994.

His many other notable publications include The Secularisation of the European Mind in the 19th Century (1975), a monumental exploration of the decline of the Church’s hold on European thinking and society, and a biography of Hensley Henson (1983).

In his later years he spent much time at Cley-next-the-Sea in Norfolk, of which he was priest in charge.

Chadwick was appointed KBE in 1982 and became a member of the Order of Merit in 1983. He claimed only to have used the prefix “Sir” on two occasions, once in order to be as rude as possible when replying to a correspondent and once because one of his American students thought she might obtain more money from an American grant-giving body if she could refer to him as “Sir”.

He married, in 1949, Ruth Hallward, who died earlier this year. Their two sons and two daughters survive him.