Maureen O'Hara, who has died aged 95, appeared in more bad films than she cared to remember but nevertheless emerged as a Hollywood star on the strength of her extraordinary flame-haired beauty and a successful screen partnership with John Wayne.

She appeared in five of his films, forging a strong bond of mutual admiration and respect. “I prefer the company of men,” Wayne declared, “except for Maureen O’Hara. She’s the greatest guy I ever met.” Her Irish roots led one critic to describe her as “Hollywood’s ultimate fiery colleen”.

With her creamy complexion, striking auburn tresses and haunting jade blue eyes, Maureen O’Hara was celebrated in her early films as the “Queen of Technicolor”, but she considered it a dubious accolade: it tended to imprison her in elaborate wartime features where she looked merely decorative or ornamental. “Almost every letter I receive,” she complained in 1945, “asks why Hollywood doesn’t take me out of those silly Technicolor pictures and give me dramatic pictures.” 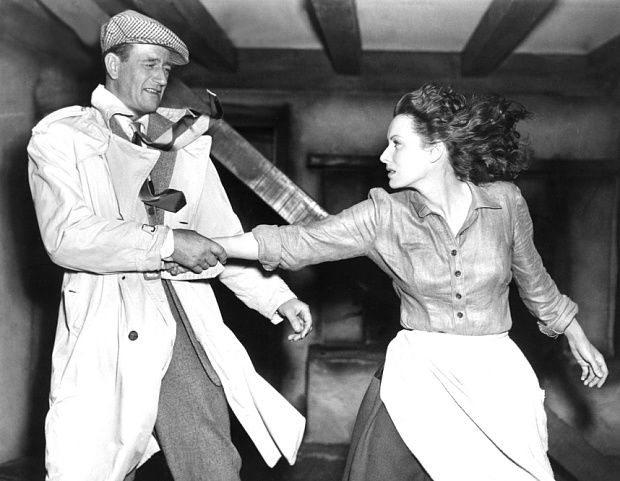 John Wayne and Maureen O'Hara in The Quiet Man

Maureen O’Hara had become an overnight star in 1939 when she played Mary, the pretty niece of Sir Humphrey Pengallan (Charles Laughton), in Alfred Hitchcock’s film of Daphne du Maurier’s Regency romance Jamaica Inn. Later that year she was again cast opposite Laughton as Esmeralda in The Hunchback Of Notre Dame.

Her third big success came in 1941 with How Green Was My Valley, the turn-of-the-century Welsh mining tale based on the novel by Richard Llewellyn and directed by John Ford. Her next three films, To The Shores Of Tripoli (1941), Ten Gentlemen From West Point and The Black Swan (both 1942), saw her embrace wartime romance, historical drama and buccaneering adventure.

In 1944 she signed a contract dividing her commitments equally between 20th Century Fox and RKO, and co-starred with Joel McRea in Buffalo Bill as the hero’s wife. A string of eminently forgettable films followed, excepting perhaps Miracle On 34th Street (1947), now a Christmas favourite on television . Initially reluctant to star, Maureen O’Hara relented when she read the script and returned to New York from a trip home to Ireland for location filming.

By 1950 she was back in John Ford’s fold to star in Rio Grande, her first film with John Wayne, followed by the pastoral comedy The Quiet Man (1952), in which she co-starred with Wayne as the tempestuous Mary Kate Danaher in the story of a disgraced American boxer who retires to Ireland. In Ford’s films she regularly played the thorny Irish rose who comes to appreciate the virtues and values of domesticity.

In The Quiet Man and also in Rio Grande, The Long Gray Line (1954) and Wings of Eagles (1957), Maureen O’Hara was the archetypal Fordian woman, embodying the shared values of duty, service and loyalty once taken for granted but in increasingly short supply in a modern world. 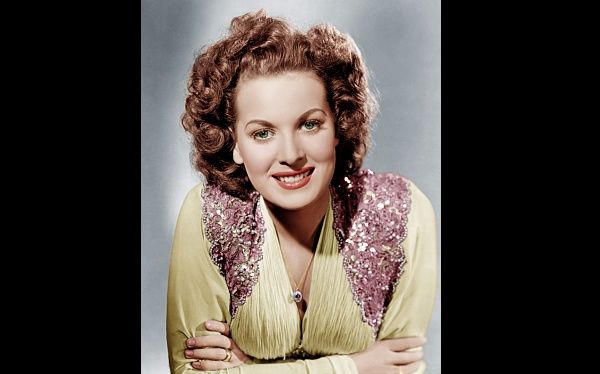 Although during the war she had complained that directors considered her to be “a cold potato without sex appeal” , in March 1957 the American scandal sheet Confidential ran a story about her indulging in a steamy “necking session” with a mystery South American man in the back row at Grauman’s Chinese Theatre, the famous Hollywood cinema (“It was the hottest show in town when Maureen O’Hara cuddled in Row 35”). She claimed the report was inaccurate and libellous, and produced her stamped passport to prove that she was abroad at the time.

Confidential, however, produced no fewer than three witnesses, including Grauman’s former assistant manager who said he had flashed a torch in the darkened auditorium to discover Maureen O’Hara, blouse undone and hair in disarray, sprawled across her companion’s lap.

The case ended in a mistrial and she was awarded only $5,000 damages (she had claimed $5 million); the question of just what happened on Row 35 was never incontrovertibly settled.

She was born Maureen FitzSimons on August 17 1920 at Milltown near Dublin. Her father was a clothier, her mother a one-time actress and contralto singer. Although her older sister Peggy became a nun, her other four siblings all had aspirations to make it in showbusiness. “We were an Irish von Trapp family,” she recalled. “A little eccentric but wonderful.”

During her school days Maureen acted in local amateur productions, studied music and dance, and took small roles with the Dublin Operatic Society as well as “spear-carrying” parts with the famous Abbey Theatre.

When she was 14 she enrolled at the Abbey’s theatre school and within a year was playing Shakespearean roles, winning the All-Ireland Cup for her portrayal of Portia in The Merchant Of Venice. She was the youngest student to complete the drama course at the Guildhall School of Music, and at 16 had been awarded a degree and an associateship by the London College of Music.

When she was 17, while considering an offer of a leading role from the Abbey Players, Maureen FitzSimons sailed with her mother on a steam packet for England and a holiday in London, where she was invited for a disastrous screen test at Elstree by an English film company, Mayflower. A brief extract from her scene, however, attracted the attention of Charles Laughton and producer Erich Pommer, who cast her as Mary Yellan, the female lead in Jamaica Inn (1939). It was Laughton (acting as co-producer) who changed her name to Maureen O’Hara – it was a better fit on cinema marquees – and offered her a seven-year film contract, on which her signature was witnessed by her parish priest.

Assuming she would remain in London, she took a long lease on a house in Hyde Park, but lived there for only six weeks before her success in Jamaica Inn led to her being invited to Hollywood to play the part of the gipsy girl Esmeralda, opposite Laughton’s Quasimodo, in The Hunchback Of Notre Dame (also 1939). She subsequently starred in A Bill Of Divorcement and Dance, Girl, Dance (both 1940).

When America entered the war in 1941, Maureen O’Hara found herself marooned in Hollywood. Unhappy and homesick, she plunged herself into her work, and was soon making five films a year, many of questionable merit.

Throughout the 1940s and 1950s Maureen O’Hara was often described as the “Queen of the Swashbucklers”; always capable of holding her own in a man’s world. Passive roles were not for her; she was an active, high-spirited and often athletic presence. When Paul Henreid stole a screen kiss in The Spanish Main (1945), she had him flogged, and when Tyrone Power did likewise in The Black Swan (1942) she knocked him out. In real life Maureen O’Hara scolded a drunkenly amorous Errol Flynn. She co-starred with Alec Guinness in Our Man In Havana (1959) and as the mother in Disney’s The Parent Trap (1961). With John Wayne, she made a further three films including McLintock! (1964) and Big Jake (1971); after the latter she made no feature films for two decades.

In 1991 Maureen O’Hara returned to the screen with her old fire and energy for the comedy Only The Lonely, in which she played Rose Muldoon, the smothering Irish mother of John Candy’s Chicago policeman. 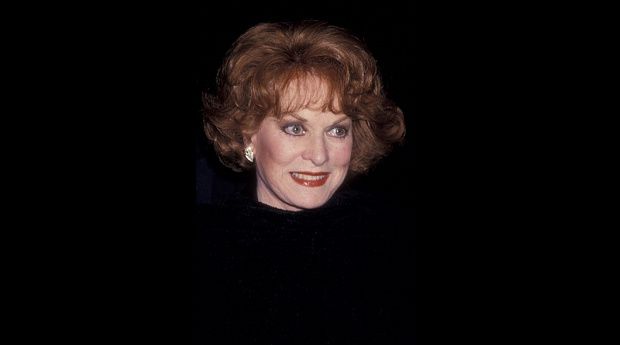 She became an American citizen in 1946. She had five homes and for much of her later life lived on the Caribbean island of St Croix. In 1993 Maureen O’Hara was honoured by the British Film Institute for her contribution to “moving image culture”. She published her memoirs, 'Tis Herself, in 2004.

“If you are proud of one in 15 films you’ve made you can consider yourself lucky,” Ronald Colman once told her. “Well,” noted Maureen O’Hara, “I’m proud of more than that and I know that I’ve been in some movies that’ll be played long after I’m dead and gone.”

Maureen O’Hara married, in 1939, George Hanley Brown, a British film director whom she met while making Jamaica Inn, and who subsequently, in another marriage, became the father of the journalist and editor Tina Brown. His marriage to Maureen O’Hara was annulled in 1941 and later that year she married Will Price, another director with whom she had worked, and with whom she had a daughter. This marriage was later dissolved.

Her third husband was the aviator General Charles Blair, of the US Air Force, who in 1951 flew solo over the North Pole in a wartime fighter plane. They married in 1968. A former chief pilot for Pan American, Blair died in a plane crash in the Caribbean 10 years later.

She is survived by her daughter.