Nazi leader Adolf Hitler really did only have one testicle - because of a medical condition, a German historian has claimed.

For decades, British schoolchildren have sung the line 'Hitler has only got one ball' as part of a wartime song that mocks the German tyrant.

But now researchers at the University of Erlangen say they have found prison documents that appear to back up what has long been considered a myth. 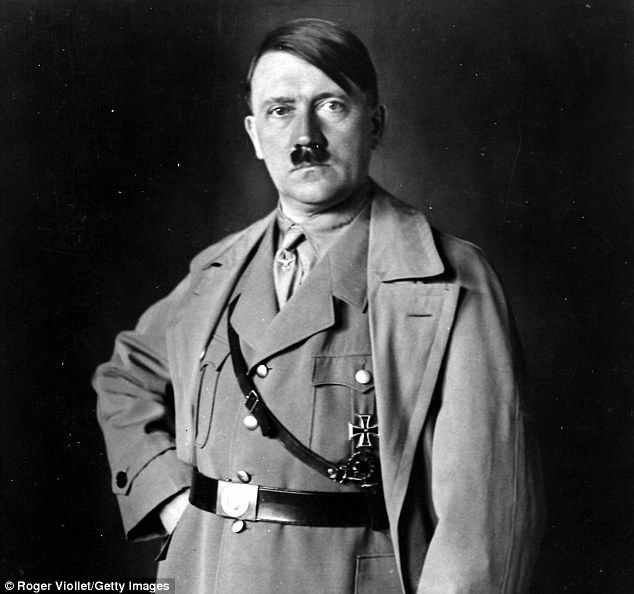 Adolf Hitler really did only have one testicle - because of a medical condition, a German historian has claimed

Files from the Landsberg prison show Hitler was examined by Dr Josef Brinsteiner in 1923 - and was found to have suffered from an undescended right testicle, according to historian Professor Peter Fleischmann.

His 'right-side chryptorchidism' was uncovered while he was in prison in 1923 after his failed Beer Hall Putsch, Fleischmann told Bild, according to the Local.

The condition occurs when one or both testicles fail to descend during childhood.

Sung to the tune of The Colonel Bogey March, the old wartime song had it that Hitler only had one testicle. The morale-boosting ditty emerged at the beginning of the Second World War as part of moves to ridicule the Fuhrer and his fellow leaders.

It is not the first time the song's content has been addressed. For decades it was alleged that Hitler had lost his testicle at the battle of the Somme during the First World War.

The lyrics go: ‘Hitler has only got one ball, the other is in the Albert Hall. His mother, the dirty b****r, cut it off when he was small.’

An alternative version, which includes similar claims about leading Nazi members, has the lyrics: ‘Hitler has only got one ball, Goering has two but very small. Himmler is somewhat sim'lar, But poor old Goebbels has no balls at all.’

HOW ONE IN 25 BOYS ARE BORN WITH 'CRYPTORCHIDISM' CONDITION

It is estimated that about one in every 25 boys are born with the condition, according to nhs.uk.

Testicles usually move down naturally during the first three to six months of life - but about one in 100 boys has testicles that stay undescended unless treated.

The medical term for the condition is unilateral or bilateral cryptorchidism.

If the testicles haven't descended by six months, they're very unlikely to do so and treatment will usually be recommended.

These days, treatment will usually involve an operation called an orchidopexy to move the testicle into the correct position. Nhs.co.uk This is a relatively straightforward operation, with a good success rate.