JERUSALEM — After he was convicted and sentenced to death in Israel for his role in the annihilation of millions of Jews by Nazi Germany, Adolf Eichmann pleaded for his own life. “There is a need to draw a line between the leaders responsible and the people like me forced to serve as mere instruments in the hands of the leaders,” pleaded Eichmann — the Nazi war criminal who oversaw the lethal logistics of the Holocaust — in a letter dated May 29, 1962, the day that Israel’s Supreme Court rejected his appeal.

Eichmann asked the Israeli president, Yitzhak Ben-Zvi, for a pardon, arguing, “I was not a responsible leader, and as such do not feel myself guilty.”

The letter, handwritten by Eichmann in German, and other original documents from the case, were made public for the first time on Wednesday by Israel’s current president, Reuven Rivlin, during an event to commemorate International Holocaust Remembrance Day. The documents had been discovered by researchers only in the last few weeks, when they were digitizing files from the president’s archive.

Adolf Eichmann in a Jerusalem courtroom in 1961. The Nazi overseer was executed the next year for Holocaust war crimes

In the letter, Eichmann repeated the defense offered at his four-month trial in 1961: that he was a low-level functionary following orders and that he should not be held accountable for the crimes of his superiors. He wrote that the judges who convicted him were “not able to empathize with the time and situation in which I found myself during the war years.”

“It is also incorrect that I never let myself be influenced by human emotions,” he added, noting: “Specifically after having witnessed the outrageous human atrocities, I immediately asked to be transferred. Also, during the police investigation I voluntarily revealed horrors that had been unknown until then, in order to help establish the indisputable truth.”

In his request for clemency, Eichmann wrote that he had only been following orders.

“I am not able to recognize the court’s ruling as just, and I ask, Your Honor Mr. President, to exercise your right to grant pardons, and order that the death penalty not be carried out,” he concluded, before signing his name in blue ink on lined paper.

Eichmann’s wife, Vera, and his five brothers made their own appeals for a pardon for Eichmann, and these were included among the documents released Wednesday, along with Mr. Ben-Zvi’s reply, in a typed letter dated May 31, 1962. 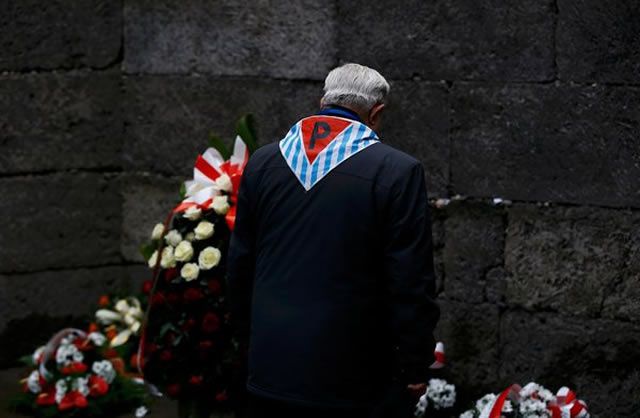 A telegram, in German, from Ms. Eichmann asked, “as a wife and mother of four children,” for her husband’s life to be spared. A handwritten note, in Hebrew, attached to the telegram by the president, contains a quotation from the Torah: “But Samuel said, ‘As your sword has made women childless, so will your mother be childless among women.’ (Samuel 1 15:3)”

In a letter typed in Hebrew and dated May 31, 1962, Mr. Ben-Zvi wrote to Israel’s justice minister, Dov Yosef, “After considering the pardon requests made on behalf of Adolf Eichmann and after having reviewed all the material presented to me, I came to the conclusion that there is no justification in giving Adolf Eichmann a pardon or easing the sentence imposed on him.”

At midnight on June 1, 1962, just days after he wrote his request for mercy, Eichmann was executed by hanging.

Mr. Rivlin, whose audience in unveiling the documents at his official residence included Holocaust survivors and people who played a role in the Eichmann case, asserted in a statement, “Not a moment of kindness was given to those who suffered Eichmann’s evil.”

“Eichmann’s application for amnesty revealed here today proves that Eichmann and his family recognized that in the state of Israel, a murderer such as Eichmann would be convicted and that justice would be done,” Mr. Rivlin said. President Reuven Rivlin of Israel, center, with some of the officials involved in the Eichmann trial at a ceremony in Jerusalem on Wednesday

For many Israelis, the 1961 trial of Eichmann — who had been captured by Israeli agents in Argentina the year before — was the first time they were exposed to the shocking testimonies of Holocaust survivors. Some early Zionists who lived in the territory before the Jewish state was established at times blamed the victims of the Holocaust for not having emigrated sooner.

Haim Gouri, a leading Israeli poet and journalist who covered the Eichmann trial, said the experience had never left him. “It was only during this trial that I understood what happened to the Jews and what happened to other peoples,” said Mr. Gouri, who was born in Tel Aviv in 1923. “These witnesses exposed with endless power the story that otherwise would have been impossible to tell.”

Fifty years after the trial, in 2011, the Israel State Archives, the repository of the country’s collective memory and many of its secrets, presented a selection of documents related to the Eichmann case. Last year, the State Archives released documents proving that Vera Eichmann had visited her husband in prison about a month before he was executed. But the newly released documents had never been shared publicly.

Eichmann’s role and influence in the Nazi machine has been the subject of historical debate. David Cesarani, a historian of 20th-century Jewish life who died last year, wrote a biography of Eichmann that cast him as a committed subscriber to Nazi ideology, rebutting the author Hannah Arendt’s famous appraisal of him as a banal bureaucrat who simply followed orders.

Eichmann’s letter pleading for his life is not likely to settle that argument.

In the letter requesting a presidential pardon, Eichmann wrote, “It is not true that I was personally of such a high rank as to be able to persecute, or that I myself was a persecutor in the pursuit of Jews.”

He continued, “I declare once again, as I did in the presence of the court: I detest as the greatest of crimes the horrors which were perpetrated against the Jews and think it right that the initiators of these terrible deeds will stand trial before the law now and in the future.”

By then his fate was sealed.