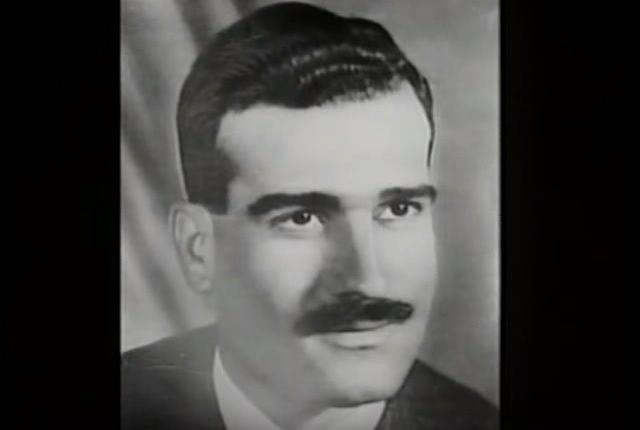 Nadia Cohen, the widow of the agent, who was executed by the Syrian government nearly 51 years ago, told Israel Radio on Monday that Dagan had been in contact with the Americans several years ago, including after the Syrian civil war broke out, in several attempts to retrieve Cohen’s remains.

Dagan, a retired major general in the IDF, passed away on Thursday at the age of 71 after a battle with cancer, and was buried Sunday with military honors in a ceremony attended by the nation’s leaders and the rank and file of the intelligence agency he led from 2002 to 2011.

During his tenure, the Mossad reportedly carried out a number of decisive and dramatic operations abroad, including the assassinations of top Hamas and Hezbollah operatives in Dubai and Damascus respectively, according to foreign media reports.

Mossad agent Cohen was put on trial and executed by the Syrian government for espionage on May 18, 1965, after he successfully infiltrated the Syrian government under the alias Kamel Amin Thaabet for four years. The intelligence conveyed to Israel during that period was credited by then-prime minister Levi Eshkol with greatly assisting Israel’s victory during the Six Day War. Nadia Cohen unsuccessfully made several appeals to the Syrian government to release his remains. In 2008, a former bureau chief of late Syrian leader Hafez Assad claimed that no one knew where Cohen was buried.

“The grave was changed after a day or two,” Monjer Motsley said. “We were scared that Israel would send forces to take away the body.

“It is difficult to find Cohen’s bones,” he added. “Assad promised to return Cohen’s bones, but when he asked about it security officials told him: ‘Sir, we don’t know where the grave is,’ so he couldn’t promise.”

At the 50th anniversary of his death in May 2015, then-Mossad director Tamir Pardo said Israel has “an obligation” to bring the body of Cohen to Israel from Syria for burial.

“Eli’s legacy, ‘Our Man in Damascus,’ will last forever. It remains our obligation to bring Eli home, to bury him in Israel,” Pardo said at the event, referencing the title of a book about the legendary spy.

Addressing that memorial, Nadia Cohen also appealed to the Israeli government to retrieve her husband’s body from Syrian soil and “bring him home.

“Do not forget where Eli lies. He is not with us,” she said. “I ask, on this special occasion, that you do all you can to bring him home, to the country for which he fought, and paid for with his life.”