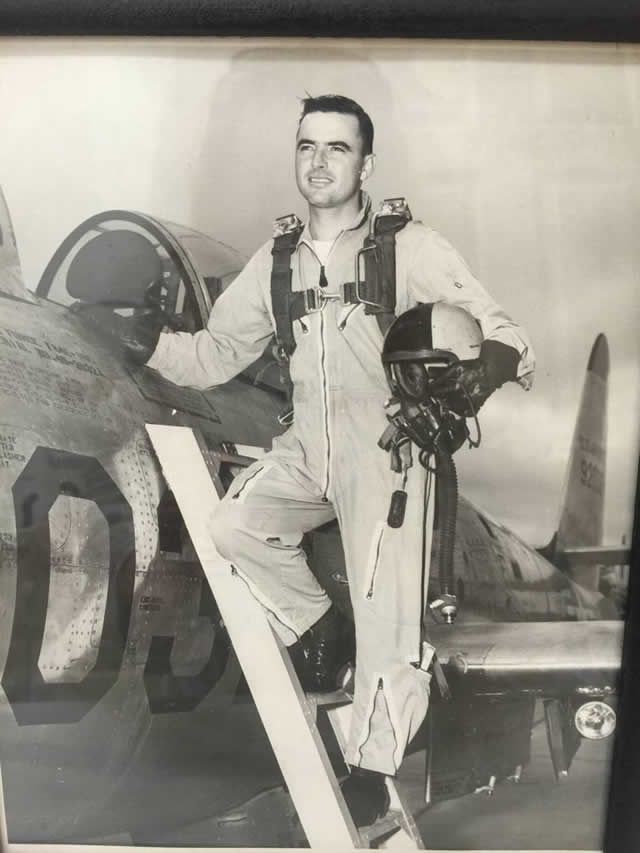 Maj. Gen. Don Howard Payne was a 37-year Air Force veteran whose military career took him all across the globe. But when he had to pick one place to retire, he knew where to go: He came home to Garland.

Payne, 88, died July 15 of complications due to a heart attack at Medical Center of the Rockies in Loveland, Colo. He was three days shy of his birthday.

Services are scheduled for 11 a.m. Saturday in the Memorial Chapel at Restland Funeral Home, 13005 Greenville Ave. in Dallas. Friends may come at 10 a.m.; burial will be after the service.

His parents, Harry Tillman and Gladys Payne, were popular Garland locals who owned the Payne Drug Store and lunch counter, which was "sort of a hang-out," said Payne's daughter, Victoria Clary of Fort Worth.

Payne met his future wife, Elsie Marie Payne, when he was in elementary school, Clary said. She moved across the street from him, and they were sweethearts ever since.

After he graduated from high school in 1944, Payne enlisted in the U.S. Army during World War II, said his son, Robert Payne of Carrollton. Payne was never deployed overseas, but he helped from back home.

He attended Texas A&M University in Arlington, now the University of Texas at Arlington, for a short time. He left after being admitted into the U.S. Military Academy at West Point, said his son, Don Payne Jr. of Sunnyvale.

Payne graduated from the academy in 1950. While there, he kept up his relationship with his childhood sweetheart.

"They were writing love letters all throughout West Point," Payne Jr. said.

They married shortly after he graduated. Payne was soon deployed to Japan and then Korea, where he spent almost a year during the Korean War. Payne later was selected to be on a team at the Pentagon that was  involved in determining how to protect the U.S. during the Cuban Missile Crisis in the early 1960s, his daughter said.

"It was a pretty important job he had there," Payne Jr. said.

Payne was inspired to join the military by a high school friend, Bill Armstrong, who had gone into the Air Force, and they later attended West Point together. After Armstrong was killed in the Vietnam War, Payne rallied to have a local elementary school named after him.

Payne's military career took him and his family all over the world and country. Some of his favorite places to live were Hawaii and Germany, Payne Jr. said.

Payne held various tactical command positions win the U.S. and abroad throughout his career, including in Cam Ranh Bay during the Vietnam War.

"He disagreed with war. He didn't like our politicians getting us into war," he said. "He was willing to go to war, but he didn't want anyone else to have it."

"He wouldn't talk much about his war time," he said. "He said those were exciting times."

Clary recalled her father leaving for work each morning in his flight suit. They would always share the same exchange: She would tell him to bring back a little piece of the cloud for her, and he would tell her he would.

He held various leadership positions in the military, including commander of operations and intelligence for the Pacific Air Forces and commander of Keesler Technical Training Center in Mississippi, one of the nation's largest training bases at the time.

"He liked being a leader, and he was kind of a natural at it," Payne Jr. said. "He handled large organizations pretty well."

He retired in 1982 at the rank of major general and moved back to Garland.

Payne loved to dance, and in retirement he and his wife frequented a local dance club where they enjoyed ballroom and country dancing. He also served on the board of directors of Garland Summer Musicals.

Payne Jr. said that when he was a child his father enjoyed taking him and his mother to musicals. "He loved theater," Payne Jr. said.

In addition to his daughter and sons, Payne is survived by his wife, Elsie Marie Payne of Garland and eight grandchildren.

Memorials may be given to Parkinson’s-related charities.