The Willy Wonka and the Chocolate Factory and Blazing Saddles star has passed away at the age of 83. Gene Wilder 's dedication to the magic of his most famous character, Willy Wonka, drove him to keep his battle with Alzheimer's disease a secret, his family have confirmed following his sad death.

It was announced Monday that the 83-year-old had passed away in a statement issued by his nephew Jordan Walker-Pearlman.

Revealing the actor had chosen to keep his Alzheimer's secret so that children who knew him as Willy Wonka would not equate the whimsical character with an adult disease.

The statement read: “It is with indescribable sadness and blues, but with spiritual gratitude for the life lived that I announce the passing of husband, parents and universal artist Gene Wilder at his home in Stamford, Connecticut.

“It is almost unbearable for us to contemplate our life without him.” His nephew added: “We understand all the emotional and physical challenges this situation presented we have been among the lucky ones - this illness-pirate, unlike in so many cases, never stole his ability to recognise those that were closest to him, nor took command of his central-gentle-life affirming core personality.

"The decision to wait until this time to disclose his condition wasn’t vanity, but more so that the countless young children that would smile or call out to him “there’s Willy Wonka,” would not have to be then exposed to an adult referencing illness or trouble and causing delight to travel to worry, disappointment or confusion.

"He simply couldn’t bear the idea of one less smile in the world."

The touching message was signed off "Gene's Kid". 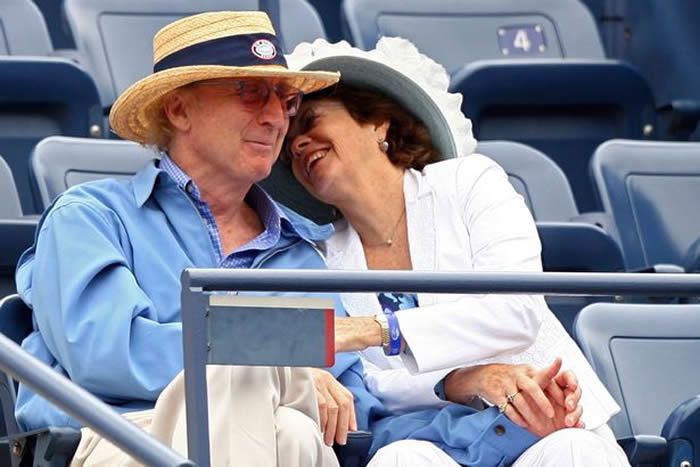 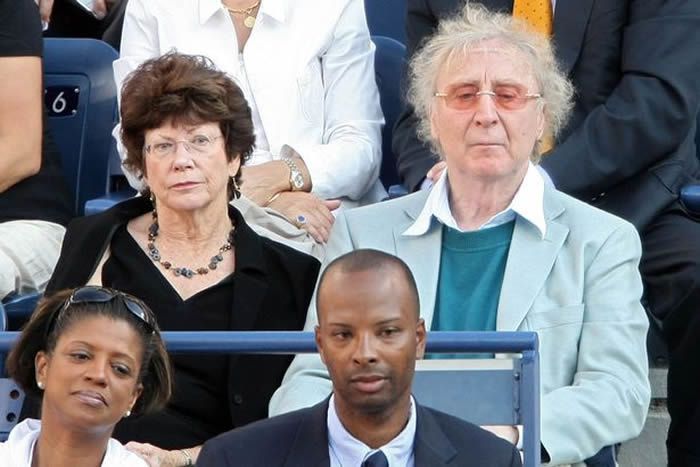 He is survived by his fourth wife Karen Boyer, who he married in 1991 and his nephew, Jordan Walker-Pearlman who himself has become a director.

His sister Corinne died in January this year.

He also has a daughter, Katharine, whom he adopted in 1967 when he married her mother Mary Joan Schute.

The news of his death has prompted an outpouring of grief from Hollywood with his friend Mel Brooks leading the tributes.
The director said: “Gene Wilder - one of the truly great talents of our time. He blessed every film we did with his magic & he blessed me with his friendship.” Rob Lowe wrote: “Gene Wilder as one of my earliest heroes. Blazing Saddles, Willy Wonka, are CLINICS on comic acting. Sad to hear of his passing.”

Russell Crowe said: “I saw Blazing Saddles 7 times at the cinema with my school friends . George St. Cows outside. Gene Wilder, you were a genius. Rest in Peace.”

Oscar-nominated Juliette Lewis added: “Thank you for the beautiful words”. Richard Pryor and Gene Wilder in See No Evil, Hear No Evil

The frizzy-haired actor was often cast as characters who showed signs of neurotic or hysteric behaviour.

“My quiet exterior used to be a mask for hysteria,” he told Time magazine in 1970.

“After seven years of analysis, it just became a habit.”

Twice nominated for an Oscar, his glittering career faltered after the death of his wife Gilda Radner, who he starred alongside in The Woman in Red, which left him devastated.

Friends say he never really got over her passing from ovarian cancer in 1989 and Wilder only worked infrequently after she died.

He married again in 1991 to Karen Boyer.

He returned briefly to television in the US with the sitcom “Something Wilder,” in 1994 and won an Emmy in 2003 for a guest role on “Will & Grace.” Gene Wilder and Cleavon Little in Blazing Saddles in 1974

Born Jerome Silberman in Milwaukee, Wisconsin in June 1933, he began acting at the age of eight when his mother was diagnosed with rheumatic fever.

The family’s doctor told the then schoolboy to "try and make her laugh” to take her mind off the pain she suffered.

After studying drama for two years when he turned 13 his mother Jeanne Silberman felt her son's potential was not being fully realised and sent him instead to Black-Foxe, a military institute in Hollywood.

Following his graduation after studying Communication and Theatre Arts at the University of Iowa, he was accepted at the Bristol Old Vic Theatre School in Bristol in 1955.

But his time in the UK was short lived after he was drafted into the army the following year.

He adopted Gene Wilder for his professional name at the age of 26, explaining, "I had always liked Gene because of Thomas Wolfe's character Eugene Gant in Look Homeward, Angel and Of Time and the River. And I was always a great admirer of Thornton Wilder.” Teri Garr and Gene Wilder in Young Frankenstein in 1974 It saw him awarded the Clarence Derwent Award as most promising newcomer but more importantly brought him to the attention of Mel Brooks.

When Wilder performed with the director’s future wife Anne Bancroft in Mother Courage it became the start of a long and famed friendship between the two men.

It led to the actor being cast in the 1967 film The Producers, in which he played the hysterical Leo Bloom, an accountant lured into a money making scam by a theatrical producer played by Zero Mostel.

Directed and written by Brooks, the film brought Wilder an Oscar nomination as best supporting actor spring-boarding him into more Hollywood roles. Gene Wilder in Will and Grace Gene Wilder in Will and Grace

In 1971 he stepped into the shoes of Willie Wonka.

Based on the children’s book by Roald Dahl, Willy Wonka and the Chocolate Factory was not an immediate hit but became a children’s favourite over the years. Now established in Hollywood Wilder achieved further stardom in two other Brooks comedies, both in 1974.

Western spoof “Blazing Saddles” and a wacko adaptation of Mary Shelley’s famous book entitled “Young Frankenstein,” in which Wilder portrayed the mad scientist with his signature mixture of hysteria and sweetness both enjoyed box office success.

"He simply couldn't bear the idea of one less smile in the world": The family statement in full

It is with indescribable sadness and blues, but with spiritual gratitude for the life lived that I announce the passing of husband, parent and universal artist Gene Wilder, at his home in Stamford, Connecticut.

It is almost unbearable for us to contemplate our life without him.

The cause was complications from Alzheimer's Disease with which he co-existed for the last three years. The choice to keep this private was his choice, in talking with us and making a decision as a family.

We understand for all the emotional and physical challenges this situation presented we have been among the lucky ones - the illness-pirate, unlike in so many cases, never stole his ability to recognize those that were closest to him, nor took command of his central-gentle-life affirming core personality. It took enough but not that.