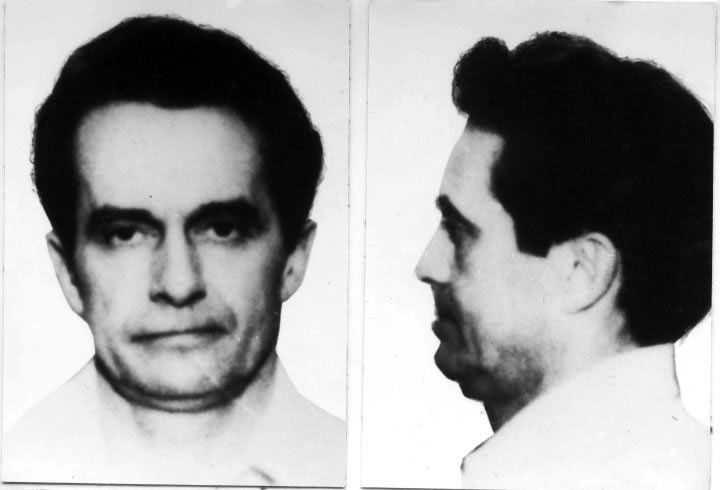 When investigators picked through the tan split-level house on Maplecrest Drive, a textbook suburban street in Dartmouth, Mass., 60 miles south of Boston, they found something that wasn’t supposed to be there. Inside a closet, there was a secret door. Through the door was a small room. In the room, they found a walking cane.

The search last year shot momentum back into the long-stalled hunt for Donald Eugene Webb. A dog-loving jewel thief with roots in New England’s mafia circles, Webb was wanted in connection with the 1980 killing of Gregory B. Adams, a small-town Pennsylvania police chief, in the longest-running cold case involving a slain officer in U.S. history.

Late last week, local and federal authorities were back at the Maplecrest address, a home owned by Webb’s ex-wife. This time police dug through the backyard, eventually uncovering human remains, according to the Boston Globe.

On Friday, the FBI announced the body was Webb’s. The identification puts investigators closer to understanding how Webb was able to stay hidden for nearly four decades, even while on the FBI’s “Ten Most Wanted” list for a record-setting 25 years.

“For almost 37 years, the family of Chief Adams, and the citizens of Saxonburg have been awaiting news of Donald Eugene Webb’s whereabouts,” Harold H. Shaw, the head of the FBI’s Boston office, said in a statement Friday. “Although it’s unfortunate Mr. Webb will never be brought to justice to pay for his crimes, we’re hopeful the family can find some closure in knowing that this alleged murderer has been located.”

Webb was, according to his FBI wanted poster, a “career criminal and master of assumed identities.” A former butcher, car salesman and vending machine repairman, Webb had also spent time in the Navy before being booted out with a dishonorable discharge, MassLive reported. He operated mainly as a jewel thief up and down the East Coast, part of a group of thieves known as the Fall River Gang, according to the Herald News. The outfit allegedly knocked over jewelry stores, then fenced the goods through the Patriarca crime family, the Providence, R.I.-based mafia running criminal business in the Northeast at the time.

Webb was a flashy personality, according to the FBI, known as a “lover of dogs” and as “a big tipper.” He also evidently had a sense of humor: His own name — “Don” — was tattooed onto the web of his right hand. Don Webb — get it?

Investigators have long speculated that Webb was casing potential heist targets when he was piloting a white Mercury Cougar through Saxonburg, Pa., on Dec. 4, 1980. About 3 p.m., Webb was pulled over in the small town northeast of Pittsburgh by Adams, the town’s police chief.

Although he was only 31 at the time, with a wife and two sons younger than 2 at home, Adams was actually in Saxonburg to avoid the kind of threat Webb represented. Raised in western Pennsylvania, Adams had worked as a police officer in Washington, D.C., until the murder of his partner during a traffic stop pushed him to swap urban crime-fighting for small-town police work in 1973, according to the Pittsburgh Post-Gazette.

When Adams encountered Webb in Saxonburg, the hustler had an open arrest warrant in New York for attempted burglary. Whatever prompted the encounter, at some point the men struggled in the parking lot of a store. Adams was badly pistol-whipped over the face. He was then shot with his own revolver twice in the chest. A nearby resident reported hearing gunfire from two weapons. Two blood types were found at the scene. Adams died while an ambulance rushed him to a hospital. Investigators later determined that the police chief and suspect had fired at each other. The shooter left behind a .25 handgun and had also ripped the radio out of Adams’s patrol car before fleeing.

It didn’t take long for police suspicion to lasso around Webb. At the scene of the shooting, investigators discovered a fake driver’s license bearing the name Stanley Portas — a dead man, specifically the deceased first husband of Webb’s then-wife. Blood at the scene matched Webb’s type. A white Mercury Cougar was discovered in the parking lot of a Rhode Island motel two weeks after Adams’s murder. Blood matching Webb’s was in the car and “indicated he had been shot in the leg,” the Post-Gazette reported. Within weeks, an arrest warrant for Webb was issued in connection with Adams’s murder, and the alleged killer was placed on the FBI’s “Ten Most Wanted” list. Eventually, the reward money for information on Webb rose to $100,000.

But the case remained static until this year. In April, Adams’s widow, Mary Ann Jones, received a phone call from the FBI. “It was the first time I had heard from the FBI in a long while,” she told the Post-Gazette. In the call, an FBI agent informed Jones that investigators had searched Lillian Webb’s home in 2016 in Dartmouth and had found something interesting: a secret room that locked from the inside, and a cane.

“He told me they found a secret room and there was a cane in that secret room,” Jones told the paper. “Since Greg had shot [Donald Webb] in the leg, it all made sense. They must have built that room for Donald Webb to hide him there. It all adds up.”

In a statement, the FBI said it learned that Webb died in 1999.

The FBI, however, wouldn’t go into specifics with Jones about why agents had searched the house or the next move. The agent did mention he felt the secret room was not part of the original construction, and in late June the Post-Gazette confirmed with the local planning department that there were “no indications in municipal records that anyone secured a building permit to add on legally to the house.”

Jones didn’t wait for the answers to come to her: Instead, she filed a lawsuit in June against Webb, his wife Lillian, and the couple’s son, charging wrongful death and conspiracy.

Lillian Webb declined to talk to reporters when news of the lawsuit broke last month, and she also has not publicly commented on the body’s discovery. It remains unclear how Webb’s remains affect that legal situation, but it does seem like criminal charges are not in the offing for Donald Webb’s family.

On Friday, after Webb was identified, the Boston Globe reported that his wife received immunity in exchange for her cooperation. The Massachusetts Attorney General’s Office also told the paper the search of the property was part of an ongoing illegal gambling investigation.

Adams’s widow, however, remained adamant that the people who hid Webb for all those years should bear responsibility. “She aided and abetted a man that was wanted for murder,” Jones told the Globe. “Seriously, bury a body in your backyard? It’s still so incredible.”

There was some muted satisfaction in the small town that lost its chief. “The biggest question in the history of Saxonburg has been answered,” said the current police chief, Joseph Beachem. “While the hurt will continue, at least doubt about what happened that day has been eliminated.”