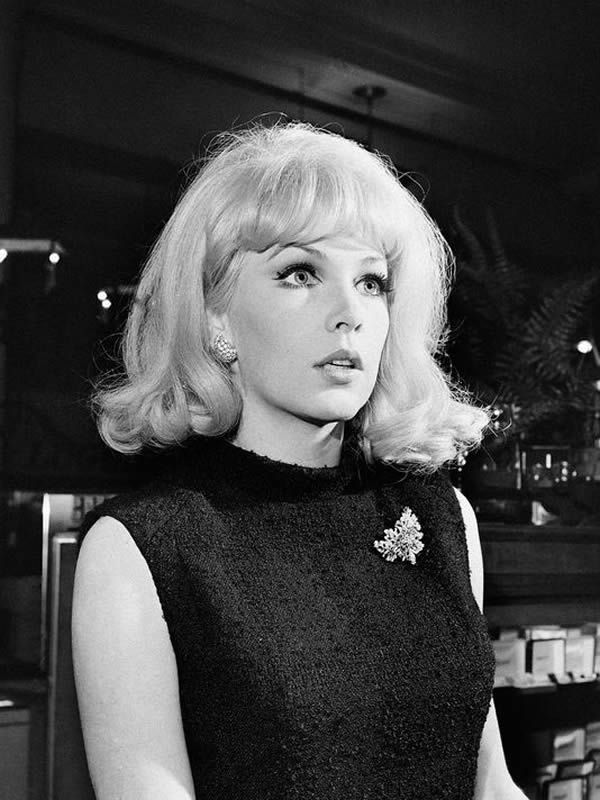 Actress Stella Steven (1959 Playmate), seen in this 1968 photo, is one of three Mississippi women who were Playboy Playmates. Missy Cleveland (1979) and Ellen Stratton (1959) were the other two. Stratton went on to be the First Playmate of the Year (1960).(Photo: Jack Kanthal, AP)

Consider you’re Ellen Stratton of Marietta, Mississippi, and you’ve been chosen to be the Playboy Playmate of the Month — for December 1959.

You have got to admit that the woman had to have chutzpah. Her reasons for posing for the centerpiece are her own, but she had to have been a strong, independent individual.

There was no luck in trying to contact Stratton, now 78. Playboy magazine was emailed for assistance. The magazine's public relations people appreciated the interest, but couldn’t help with current contact information at this time.

Think about it. 1959. It was a man’s world. This was a time when women were still stuck in the confines of society — literally and figuratively. Have you ever seen one of those bras from the 50’s, not to mention the girdles?

The suffragists who had fought so hard for the vote seemed to be just a note in history as women had fallen back into the role of subservient homemaker. These women, many of whom were at this point college educated, had lost their voice somehow.

The feminist movement was on the horizon, but was in its infancy at best. Some Mississippi women chose to break from usual decorum, going beyond education and traditional work experience.

They were the Magnolia State's Playmates.

There were actually three Mississippi beauties who broke with convention to grace the pages of Hugh Hefner’s Playboy magazine.

Stratton, went on to become Playboy’s first Playmate of the Year in 1960.

In that same year, another Mississippi-born blond hit the centerfold pages of Playboy. Stella Stevens, born Estelle Eggleston in Yazoo City in 1939, was Playmate of the Month in January 1960. She also appeared in additional Playboy pictorials.

For those who aren’t movie buffs, Stevens has had a long, successful movie and television career. She too, is 78.

Amanda “Missy” Hodges Cleveland came into the world in Jackson on Christmas Day 1959. Playmate Missy Cleveland hit the pages of the magazine in the spring, being Playmate of the Month for April 1979.  She passed Aug. 14, 2001 due to an adverse reaction to prescription medication.

As for being a Playboy Playmate, it’s not the path for everyone or what many people might have chosen, but bravery comes in many forms. Merriam Webster defines chutzpah “supreme self confidence.” There's something to be said for that.