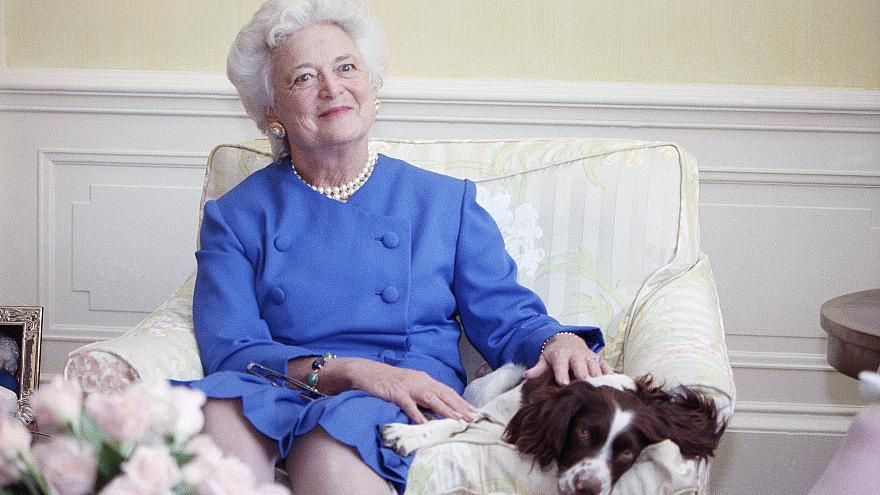 Barbara Bush, the matriarch of an American political dynasty spanning decades who was the second American to be both the first lady and the mother of a president, died Tuesday. She was 92.

Her death was confirmed by Jim McGrath, a spokesman for the Bush family.

A family spokesman said Sunday that Bush wouldn't seek any further medical treatment after a series of recent hospitalizations.

Bush was married for 73 years to the nation's 41st president, George H.W. Bush, and was the mother of the 43rd president, George W. Bush; another son, Jeb, is a former governor of Florida. She was considered an asset on the campaign trail, known for her wit and her emphasis on family.

In the White House, beginning when her husband was vice president under President Ronald Reagan in the 1980s, she championed a push to raise national literacy, and expanded her efforts as first lady and supported the cause the rest of her life.

Bush described her literacy work as "the most important issue we have" and often said literacy was tied to other struggles families faced. She became the honorary chairwoman of the Barbara Bush Foundation for Family Literacy and helped to promote literacy events across the country.

Bush was an energetic advocate for volunteerism, including causes such as homelessness, AIDS, the elderly and school volunteering programs.

"I hope people will say, 'She cared; she worked hard for lots of causes,'" she told The Christian Science Monitorin 1989.

The only other woman to have been the wife and mother of a president was Abigail Adams, whose husband, John Adams, was the nation's second president, and whose son, John Quincy Adams, the sixth.

Barbara Bush, born in New York in 1925 in Flushing, New York, was the third of four children of Marvin Pierce, later the publisher of Redbook and McCall's, and Pauline Robinson Pierce. She was a distant cousin of President Franklin Pierce and the poet Henry Wadsworth Longfellow.

She was 16 when she met George H.W. Bush at a dance, according to her White House biography. The pair were engaged a year and a half later, right as Bush was sent to war as a Navy torpedo bomber pilot. When he returned, the two married in 1945, two months after she dropped out of Smith College in Northampton, Massachusetts. George H.W. Bush, then a Republican candidate for the U.S. Senate, and his wife, Barbara, at his campaign headquarters in Houston in June 1964. Ed Kolenovsky

The Bushes were the longest-married couple in presidential history (Jimmy and Rosalynn Carter were married one year later), and had six children: George, Robin, Jeb, Neil, Marvin and Dorothy.

Robin died young, succumbing to leukemia before her fourth birthday.

"Because of Robin, George and I love every living human more," Bush said according to the White House.

Bush disclosed that she was suffering from an overactive thyroid ailment called Graves' disease during her time at the White House. Her husband also developed the disease not long after, prompting a Secret Service investigation into the water at the White House and other locations that the two had frequented. 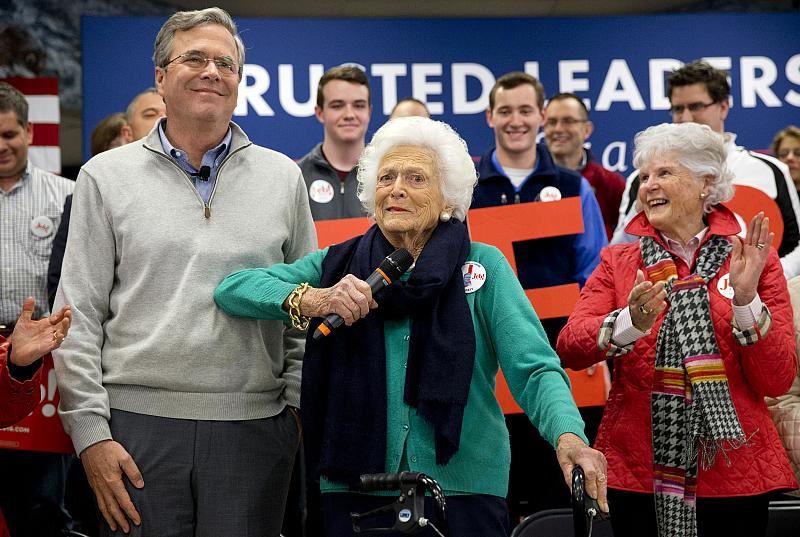 Bush was often described as "everybody's grandmother" for her sharp but comforting demeanor and her prematurely gray hair.

"I think people don't feel threatened by me," she told The Christian Science Monitor. "Nobody is going to hold me up to their wife or their husband, or I think people know I'm fair and I like children and I adore my husband. ... I think people think it's nice to think you really love your husband and your children and your dog.''

Her tart side emerged during the 1984 campaign, when Reagan and her husband were running for re-election. Criticizing attempts by Rep. Geraldine Ferraro, the Democratic vice-presidential nominee from Queens, New York, to cast herself as a champion of the working class, Bush memorably said she and her husband were proud of being financially successful, "not like that $4 million — I can't say it, but it rhymes with rich." Bush later apologized.

This month, Bush updated her college classmates in the Smith College alumnae magazine.

"I am still old and still in love with the man I married 72 years ago," she wrote, adding: "All of our children are working and serving others in their own way, along with my 17 grandchildren. I am very proud of them," she wrote.

But in 2013, when NBC News asked her about the prospect of whether Jeb Bush should again run for president, Bush replied: "We've had enough Bushes" in the White House.