Former US First Lady Barbara Bush died April 17 at the age of 92. A family statement says she died in the evening with her family beside her. These photos are a few of the highlights of her life. First lady Barbara Bush poses with her dog Millie in 1990. 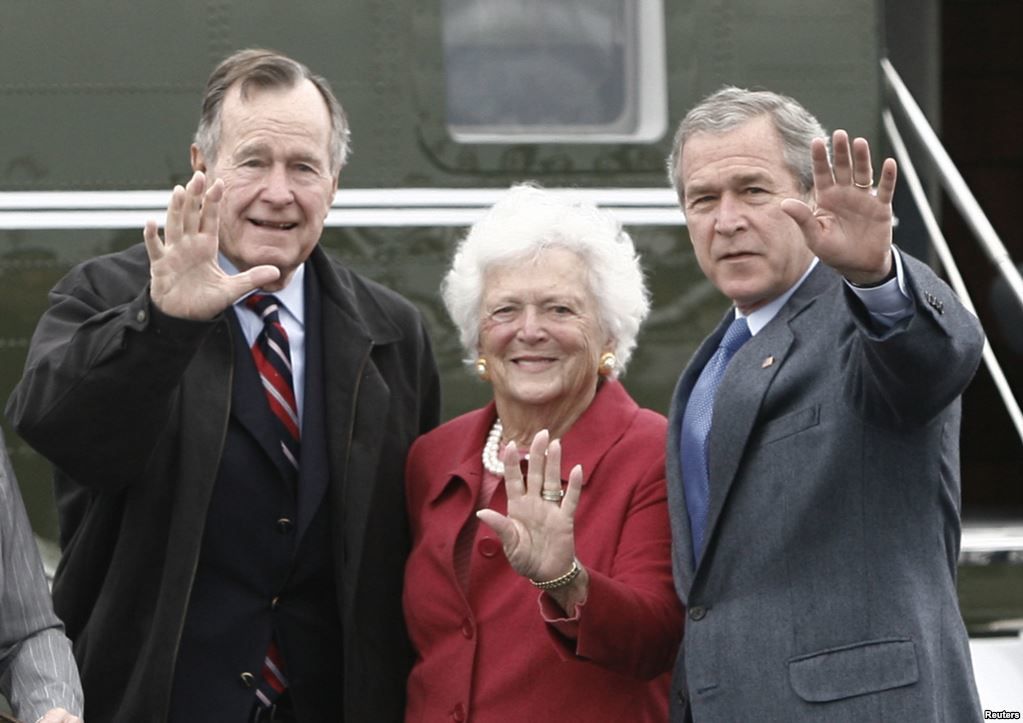 In this 1964 file photo, George H.W. Bush sits on couch with his wife Barbara and their children. George W. Bush sits at right behind his mother. Behind couch are Neil and Jeb Bush. 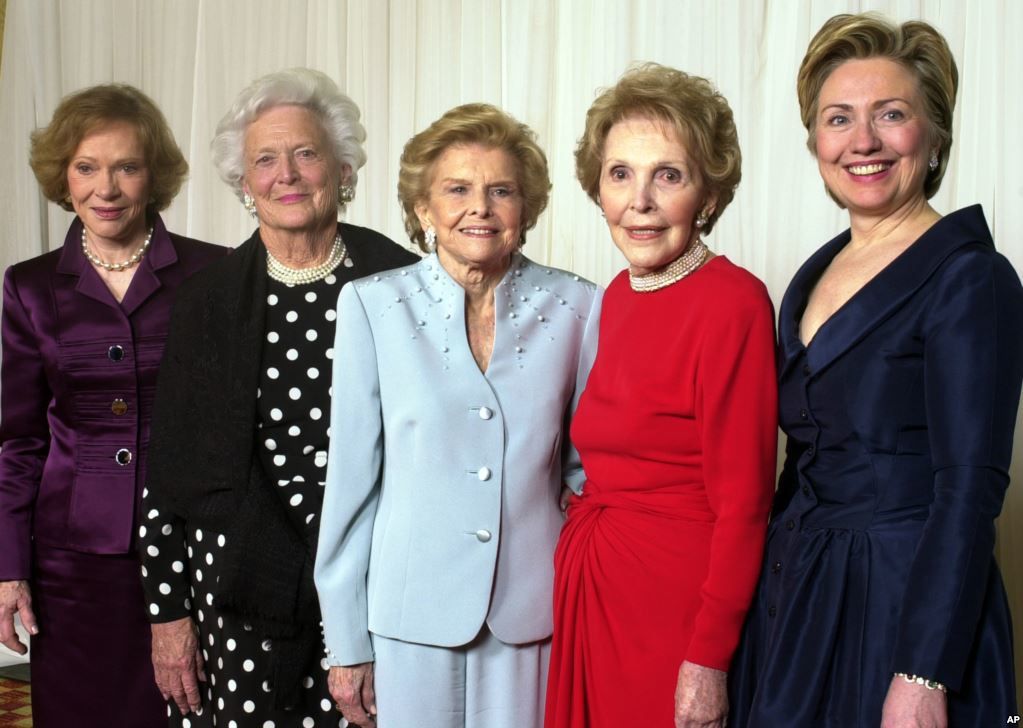 In this Jan. 17, 2003 file photo, former first ladies get together for a group photo at a gala 20th anniversary fundraising event saluting Betty Ford and the Betty Ford Center in Indian Wells, Calif. In this Nov. 19, 1992 file photo, first lady Barbara Bush greets first lady-to-be Hillary Clinton upon her arrival at the White House in Washington. 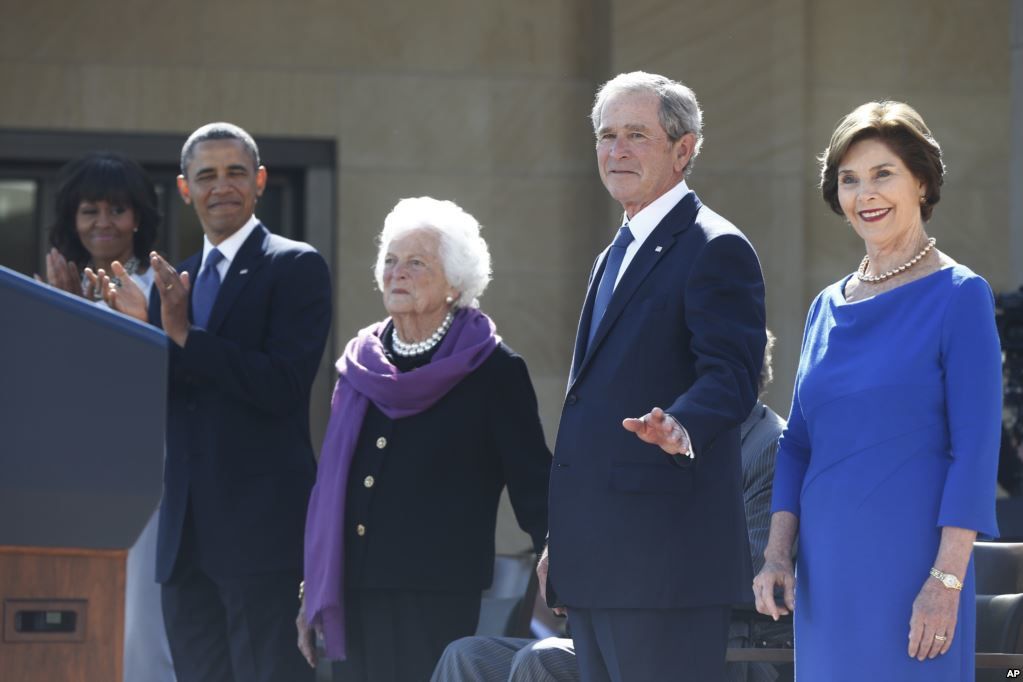 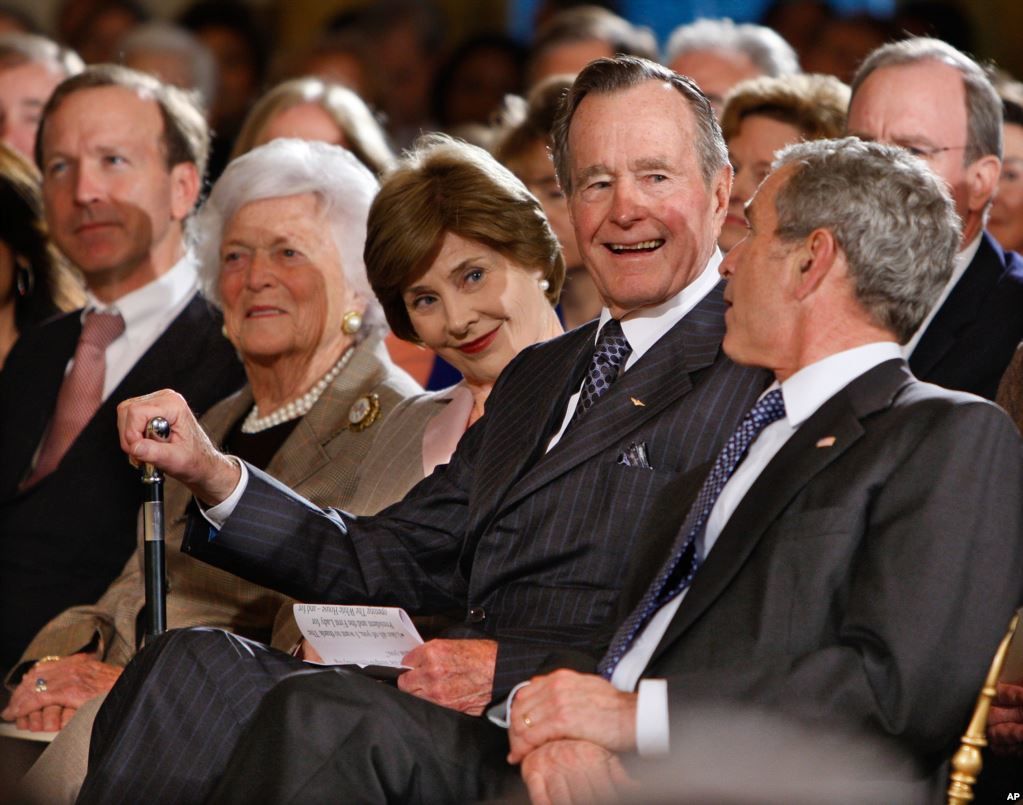 Former President George H.W. Bush and wife, Barbara, wave as they arrive on the field for a coin toss before the NFL Super Bowl 51 football game between the Atlanta Falcons and the New England Patriots, Feb. 5, 2017, in Houston. Former first lady Barbara Bush uses a walker as she leaves a luncheon at the Kennebunk River Club on her 90th birthday, June 8, 2015, in Kennebunkport, Maine.