But Holocaust victims will have voice in court 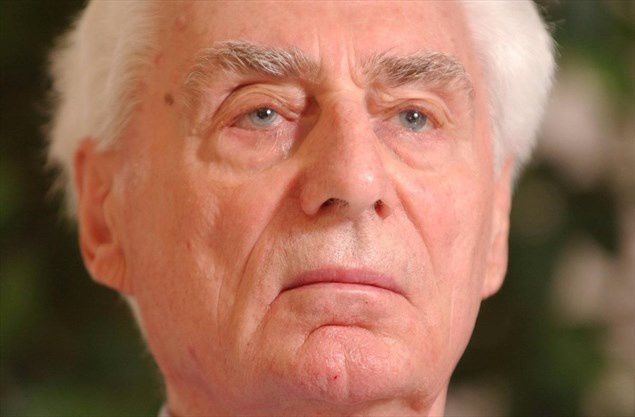 File photo of Helmut Oberlander talking about a federal court ruling that reverses an earlier ruling that would have stripped him of his Canadian citizenship and deported him, accusing him of war crimes during WWII. At 94, Helmut Oberlander is too infirm to answer more questions about his wartime service with a Nazi death squad, his lawyers say - Mathew McCarthy , The Record file photo

WATERLOO — At 94, Helmut Oberlander is too infirm to answer more questions about his wartime service with a Nazi death squad, his lawyers say.

Age has degraded his memory. The retired Waterloo developer can no longer reliably recall what was just said to him, or recall wartime events with precision.

"In other words, he cannot be questioned," his lawyers say in court documents, citing a psychological assessment conducted on Oberlander in 2016.

Informed of this, the government has persisted in its 23-year legal odyssey to revoke his citizenship. But as Oberlander's voice falters, other voices are growing louder in a race against time to secure justice from the Second World War.

On May 2 in Federal Court, the Jewish organization B'nai Brith will join the long-running Oberlander case to argue for Holocaust victims.

"In many ways the special interest or particular expertise of B'nai Brith is that of the 'voice of the dead'/victims of Nazism," Judge Michael Phelan ruled March 22, in granting the organization intervener status.

"This is a unique perspective deserving of acknowledgement by the court in a case related to involvement in SS death squads. No one else can speak for the victims."

Intervener status means B'nai Brith can make legal arguments when Oberlander asks the court to overrule the most recent revocation of his citizenship, last June.

"We welcome the opportunity provided by the Federal Court to demand justice on behalf of the victims of the Holocaust," Michael Mostyn, chief executive of B'nai Brith Canada, said in a statement.

"Moreover, as both Holocaust survivors and perpetrators grow increasingly elderly, we must ensure that justice is done before it is too late.

"Our national integrity requires that Canada's openness and tolerance not be cynically exploited as a safe haven for war criminals and genocide collaborators."

Four times the government has stripped Oberlander of citizenship, after a court found he lied about his Nazi service in immigrating to Canada after the war. Taxpayers have spent $2.1 million and counting on legal bills to prosecute him.

Oberlander, an ethnic German born and raised in Ukraine under Soviet rule, served as a decorated, low-level interpreter in a mobile death squad that murdered at least 23,000 civilians, mostly Jews, between 1941 and 1943.

He has denied lying or killing anyone. No evidence has been presented to a court that he personally participated in war crimes.

Supporters point to this in arguing he's been the victim of an unfair prosecution that began in 1995 and has been sustained by four prime ministers.

There will be no witnesses or testimony in court May 2. Rather, lawyers will make arguments for a judicial review of the latest citizenship revocation.

Three previous times, Oberlander has been the loser at this legal stage. Three times he's appealed the ruling against him and gone on to win.

If he loses this time there's a wrinkle. He no longer has an automatic right to appeal, but must seek permission to appeal.

The government will argue it followed the law in revoking his citizenship. Previously, courts have told the government it failed to consider the duress Oberlander may have been under, or his level of complicity in the squad's murderous activities.

Other words that leap from Oberlander's written submissions include Star Chamber, secret tribunal and abuse of process.

If the government succeeds in stripping Oberlander of his citizenship and begins deportation proceedings, Oberlander would still have other legal challenges available to him, Poulton said.