When we talk of Nazi Collaborators we are not usually referring to Jews. When we think of the Holocaust, we often imagine that the Germans were solely responsible for the identification and deportation of Jews and others to the death camps. The truth, however, is that a number of Jews worked under the Nazis and helped to identify thousands of their fellow men for deportation to the death camps.

The Nazi collaborators on this list either volunteered to help the Nazis or were forced to trade the lives of hundreds or thousands of their fellow Jews for their own lives and the lives of their families. Greed, self-preservation, and hate are the main reasons for the actions these individuals took. 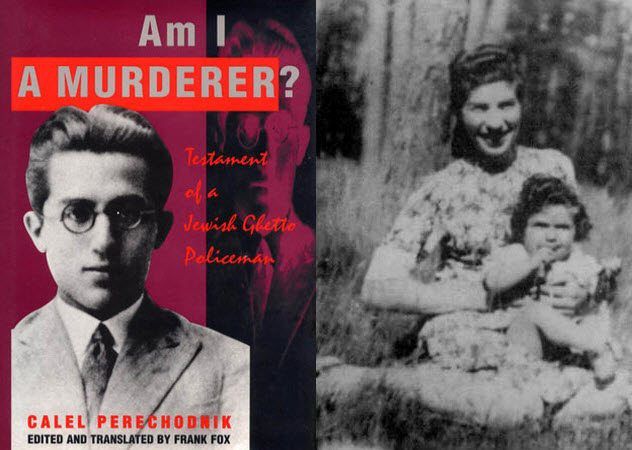 Calel Perechodnik is the author of Am I a Murderer? Testament of a Jewish Ghetto Policeman, which is from his memoirs about his life after joining the ghetto police in Otwock. He may seem like a victim of circumstances, but that does not change the fact that he worked on orders of the Nazis and contributed to the deaths of fellow Jews and even his wife.

Perechodnik joined the ghetto police because he thought it would save him and his family from the death camps. It was also a way to provide food for his family.

But according to his memoirs, he developed a hatred for the Jews and himself, blaming them for the way they were treated. He said that other nations hated the Jews because they claimed to be a chosen race. When Perechodnik deserted the Ghetto Police, the Nazis captured and executed him. Jozef Szerynski did not like being a Jew. After fighting in the Russian army during World War I, he tried to distance himself from the Jews by changing his birth name from Josef Szynkman to Jozef Andrzej Szerynski.

During World War II, he was appointed the head of the police in the Jewish Ghetto of Warsaw. The Gestapo charged him with identifying Jews for deportation to the death camps.

Szerynski executed his duty without any hesitation, leading thousands of men, women, and children to the Treblinka extermination camp. In August 1942, just a month after he had begun his assignment, an attempt was made on his life by a member of the Jewish underground. But Szerynski survived. Adam Czerniakow was born in Poland and worked as an engineer for most of his life. When the Nazis took over Poland, he was appointed head of the Warsaw Jewish Ghetto. Czerniakow headed the 24-man Warsaw council that was charged with the identification and capture of Jews for deportation.

Czerniakow also recommended the appointment of Jozef Andrzej Szerynski as head of the ghetto police. Under direct orders from Nazi bosses, Czerniakow oversaw the daily deportation of 6,000 Jews.

According to The Warsaw Diary of Adam Czerniakow, he tried his best to plead for the exemption of orphans but to no avail. It is said that his wife and thousands more were held hostage to ensure that he executed his duty. Overwhelmed by the pressure, he committed suicide using cyanide. Czerniakow left a note to his family saying that suicide was the right thing to do. Chaim Mordechai Rumkowski was a Polish Jew appointed by the Nazis as the head of the Jewish Council of Elders in Lodz Ghetto. There, he was the most influential and powerful man. He even made his own currency called Chaimki with his face on it.

Referred to by some people as “King Chaim the Terrible,” Rumkowski personally oversaw the handover of more than 20,000 children, elderly, and sick Jews to the Nazis for deportation to the extermination camps. He is remembered for his speech, infamously named “Give Me Your Children.”

Rumkowski, however, did not survive the Holocaust. In August 1944, he and his family ended up in Auschwitz. There, he was beaten to death by fellow Jewish inmates for the role he played in the deaths of thousands of children and elderly. 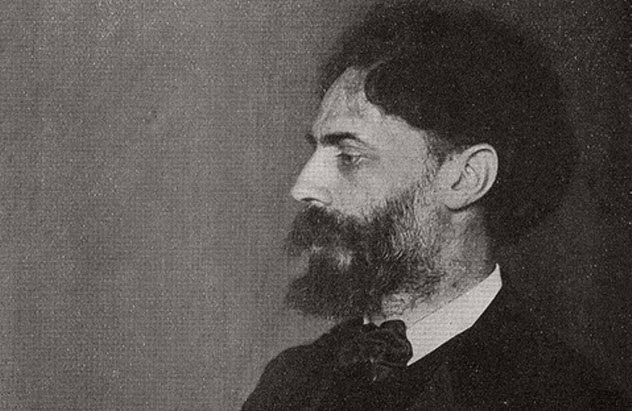 In his biography, Alfred Nossig is described as a man with a brilliant mind who studied law, science, and art. He encouraged Jews to try to assimilate as Polish citizens. But when he discovered that the Poles did not want to accept the Jews as Polish, Nossig became a Zionist.

Among the documents found at his home after the execution were a Gestapo identity card and a list of Jews engaged in anti-Nazi activities. It is believed that the identity card made it easy for him to get access to his Nazi bosses without being arrested and deported. At the time of his death, he was 78 years old. Abraham Gancwajch was an all-out supporter of the Nazis. He believed they would win World War II, so he encouraged his fellow Jews to join the Nazis as a survival tactic. A member of the Warsaw Ghetto Council, he tried to take over from Adam Czerniakow but failed.

Gancwajch formed a notorious gang called Group 13, also referred to as the Jewish Gestapo. The things they did are so despicable that even fellow Nazi Jews like Czerniakow described Gancwajch as an evil, ugly man who would do anything for a life of luxury.

Gancwajch was known for engaging in smuggling activities and other illegal businesses that helped him live like a king within the Jewish Ghetto. The Nazis let this go on as long as he continued to fight the Jewish resistance for them.

The Underground Jews sentenced Gancwajch to death but were never able to execute him. It is not clear how he met his death, though it is believed that he died in 1943. 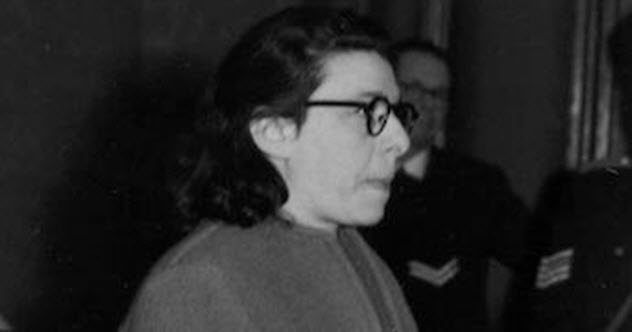 The Nazi collaborators weren’t always men. Ans van Dijk was born to Jewish parents in the Netherlands. There, she lived a fairly normal life until the invasion by the German forces. At the height of the Nazi operations, she was arrested. But she was released on the condition that she would help the Nazi Intelligence find other Jews in hiding.

Van Dijk infiltrated the Jewish resistance and pretended to help families and individuals escape or obtain false papers. In reality, she would just deliver them to the Nazis for deportation. She executed this duty without any favor, going as far as trapping her brother and his family.

At the end of the war, van Dijk was arrested in The Hague, where she had moved and was involved in a lesbian relationship. In June 1945, she was charged with 23 counts of treason. She pleaded guilty to all charges and was sentenced to death.

Van Dijk tried her best to avoid the execution. She appealed the sentence and converted to Christianity, but all that failed. In January 1948, van Dijk was executed by firing squad. She is believed to be responsible for the deaths of 85 Jews and the arrests of 145. Some scholars still regard her as a victim. Stella Goldschlag was a paid “catcher” for the Nazis. She had studied in a Jewish school and lived in the Jewish ghetto. Therefore, she knew a number of fellow Jews who were hiding underground in Germany.

Peter Wayden, her biographer, describes her as charming and beautiful. With her blonde hair and blue eyes, she hardly looked like a Jew. According to her biography, Goldschlag was arrested with her parents as they tried to leave Germany. She was tortured until she agreed to help catch fellow Jews in hiding.

The Nazis knew how much she loved her parents and that she would do anything to keep them alive. But it is also recorded that she was offered 300 reichsmarks as payment for every Jew she caught. Even after her parents were sent to a concentration camp, she continued to catch Jews for the Nazis.

Goldschlag used her good looks to gain people’s trust. She would offer them food and accommodations, only to hand them over to the Nazis for deportation. It is estimated that she helped to catch close to 3,000 Jews.

The Germans named her “blonde poison.” After the war, she served 10 years in prison, converted to Christianity, and became an outspoken anti-Semite. Goldschlag committed suicide in 1994 by jumping out a window. Rolf Isaaksohn offered to work as a catcher for the Gestapo. He bragged that he could fill a whole train with Jews for deportation. After he married fellow catcher Stella Goldschlag, they were even more effective together than the Gestapo at arresting Jews in hiding.

Isaaksohn had a talent for forging documents. This brought many Jews to him for assistance, and he would easily hand them over. This is a man who actually loved betraying his own people, and many Jews lived in fear of Mr. and Mrs. Isaaksohn.

According to Peter Wayden, who wrote about the couple, the Isaaksohns were very innovative in the way they would get Jews in hiding. It didn’t even matter if these people were childhood friends. All told, Isaaksohn caused the deaths of over 2,000 Jews. 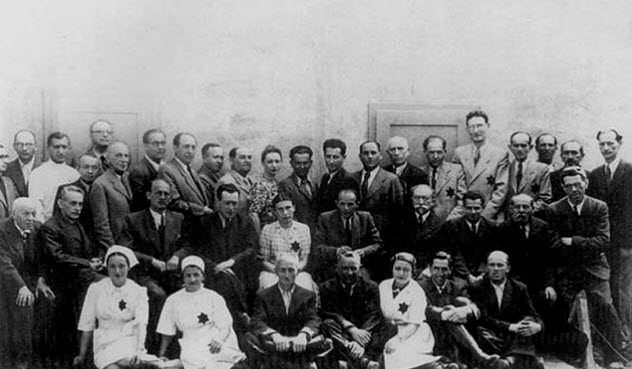 In his book Nightmares: Memoirs of the Years of Horror Under Nazi Rule in Europe, Konrad Charmatz described Moshe Merin as impulsive and unstable. Merin volunteered himself to the Nazis when they invaded Poland and presented himself as the leader of the Sosnowiec Community Council.

The Nazis installed Merin as the leader of the Central Office of the Jewish council in East Upper Silesia, which put as many as 100,000 Jews under him. Merin believed that he could save the lives of other Jews by following the orders of the Nazis. When he was asked to choose 25,000 Jews for deportation, he gladly did, arguing that at least he had saved a greater percentage.

Working with the Jewish Ghetto Police, Merin fought the underground resistance and personally signed the execution warrants of those arrested. His actions, however, did not save him. Merin died in 1943 in Auschwitz, where he had sent fellow Jews to be killed.