SECRET tapes recorded by Omarosa Manigault Newman have also revealed that Donald Trump cracked an awkward joke during West Wing talks about the death of four US soldiers. 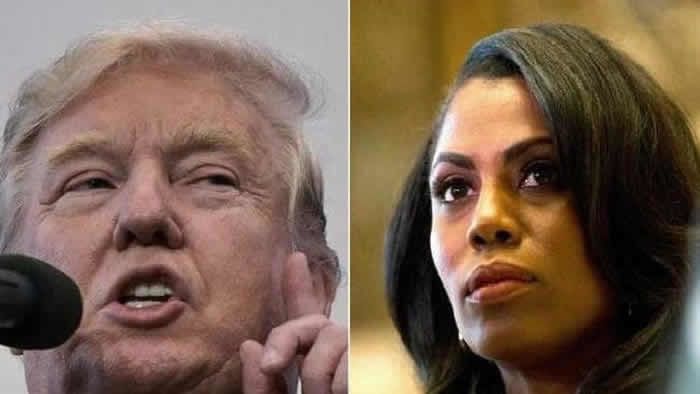 A SECRET West Wing recording taped President Trump joking during a White House meeting while speaking about four US soldiers who died in a terrorist ambush in Niger.

The president starts speaking about how his success on terrorism led to foreign fighters relocating to Africa.

“And that’s how these young people get attacked. And they got attacked by 50 real fighters,” Trump said - referring to the army special operations soldiers who were ambushed by militants.

The room erupts in nervous laughter.

Ms Manigault Newman claims the recording and other conversations aired were proof that President Trump was unfit to lead.

“Here it is, Donald Trump raw showing you just how unhinged and inappropriate he is, talking to junior staffers about something so serious,” she said.

According to the New York Post, Ms Manigault Newman spoke about the tapes on The View on Monday (local time). Before she was fired by chief of staff John Kelly, Ms Manigault Newman was the highest-ranking African-American working in the White House.

Ms Manigault Newman told The View, that he has taken desperate measures to shut her up. “He has sicced his entire legal team on me. They want to shut me down,” she said.

But, she added: “I’m going to keep on fighting.”

In another aired recording Trump is heard accusing Hillary Clinton of colluding with Russians before the 2016 presidential election.

“I think Hillary is getting killed now with Russia. The real Russia story is Hillary and collusion,” the president said in this instance.

“Somebody told me it was $US9 million they spent on the phony report. Yeah, someone just said she’s far worse for the country than we thought, she didn’t know her own campaign was spending nine, did you see?” he said, referring to money paid to Fusion GPS, which hired British ex-spy Christopher Steele to prepare a damaging dossier on Mr Trump.

“Nobody knows who spent. I heard it was $5.7 [million], now they say it was $9[million]. It was spent through a law firm so that way they can’t trace it. The reason they used a law firm, you don’t have to give any papers,” he continued.

Former Trump aide Omarosa Manigault Newman to @TheView: "I was in a toxic relationship with Donald Trump and I regret that I was so complicit. You know, Hillary Clinton was robbed, and I was...a co-conspirator in that robbery." https://t.co/VDtM4fBhBd pic.twitter.com/tukXDao6Zr

“It’s definitely illegal and it’s illegal from a campaign financing standpoint. So the whole Russia thing I think seems to have turned around. What do you think, Sarah?” he asked spokeswoman Sarah Huckabee Sanders.

The comments came during a meeting of the White House press team and echo other public statements in which he accused Mrs Clinton of being in cahoots with the Kremlin.

Ms Manigault Newman also claimed that Mrs Clinton “was robbed” in the 2016 presidential election and that she’s speaking out now because she felt complicit in what she called a robbery.

Asked if she knew who wrote an unflattering op-ed about the president published a week ago in The New York Times, she pointed the finger at Vice President Mike Pence’s chief of staff, Nick Ayers, without offering evidence.

A day earlier, the former Apprentice star told US TV network MSNBC that she and other White House staffers and family members used a special hashtag to communicate when Mr Trump was acting more “insane” than usual. “Whenever he did something that was just so insane and so crazy and unhinged, when he would flip positions from one hour to the next, we’d just hashtag it ‘TFA’ and keep moving. I’m a little embarrassed to tell you how often when I went through my text chains from the White House I saw the hashtag,” she said.

The hashtag referred to the “25th Amendment,” which includes a section that allows the vice president and a majority of cabinet secretaries to declare a president “unable to discharge the powers and duties of his office.”

She repeated the allegation on The View. 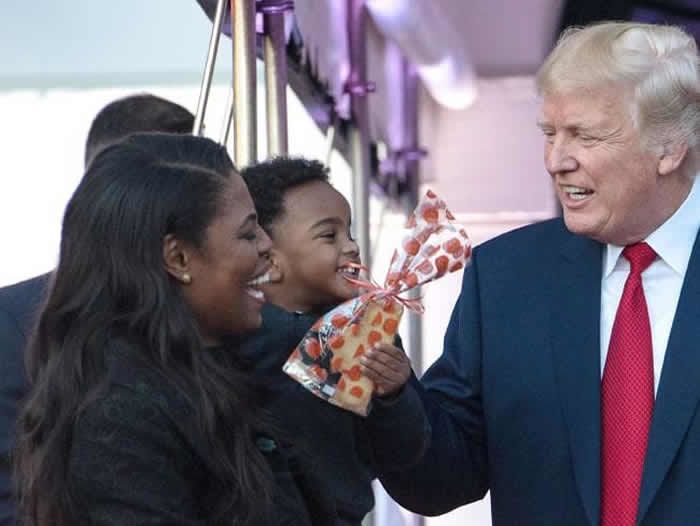 “It was the way we coped and the way we would deal with his flip-flops. In the morning he would take one position. By the afternoon it would be something completely different. The way we coped would be — and I’m embarrassed to say this. We would use the orange icon.”

“Everyone, even the media, knows she has no credibility. The idea this ever happened is completely ridiculous and just further shows that she will say and do anything to try and be relevant,” Ms Sanders said.

Ms Manigault Newman has also claimed that Mr Trump used a racial slur on the set of his reality show.