Meet the new mob — same as the old mob.

Thirty-three years after John Gotti carried out his audacious hit on crime boss Paul Castellano, which flouted Mafia rules and brought a wave of devastating prosecutions under the Dapper Don’s brash reign, New York’s five crime families have reverted to their old-guard ways.

No more press conferences or TV appearances. No more weekly meetings with capos at favorite restaurants or social clubs. No more shootouts between warring factions. No more wire rooms for taking wagers.

Instead, gangsters try to keep their heads down and earn as they’ve done for decades, with drug dealing, loan-sharking, running strip clubs and protection rackets and skimming from union construction jobs, cops and prosecutors say. Bookmaking is still a lively trade, but most of it is done online using offshore accounts, not at smoke-filled gambling dens.

Crimefighters say the new old way is aimed at avoiding police scrutiny and preventing turncoats from selling out their fellow wiseguys.

“Everybody’s a rat,” said an ex-NYPD detective who continues to track mob business. “You can’t trust anybody anymore.”

Lieutenants and soldiers avoid gathering in groups so as to be less vulnerable to the wiretap or surveillance photo. And with suspicion permeating all activity, families have turned to veteran, low-profile leaders, including geezer gangsters Carmine Persico, 85, and John “Sonny” Franzese, 101, who hated Gotti’s gabby flamboyance. All these years later, those two are calling the shots for the Colombos, albeit from jail in Persico’s case. (Franzese got sprung last year.)

This more careful approach to La Cosa Nostra — this thing of ours — has the Mafia looking to bounce back.

There’s no clearer sign of the times than the leadership change in the Gambino family, which was once dominated by John Gotti’s outsized exuberance. The late Gotti’s jailed brother Peter remained in charge till 2015, but they have a new boss in Frank Cali, who according to one law-enforcement source is the exact opposite of the Teflon Don because “no one ever sees him.”

‘Everybody’s a rat. You can’t trust anybody anymore.’

Cali, 53, who lives in Staten Island and has deep ties to Sicilian wiseguys, infused the family with “zips” — hoodlums from the old country — and bulked up its heroin and OxyContin business. But he avoids regular sitdowns with his capos, a tradition John Gotti embraced, preferring to communicate less frequently with a select few of his top people.

Even the recently released Gene Gotti, John’s 71-year-old brother, who spent 29 years in jail for heroin dealing after the feds caught him blabbing on tape, may have trouble challenging Cali’s rule. “He is everything over there,” said a gangster in Italy who was recorded raving about Cali’s standing in New York, the feds said.

He’s also kept his nose relatively clean. Cali has just one criminal conviction: a federal extortion charge in 2008 involving an attempt to shake down a trucker working at a proposed NASCAR race track in Staten Island. Though hit with 80 counts that also netted 62 other alleged hoods and associates, Cali did just 16 months in prison.

“The Gambinos are running smoothly — gambling, pills, construction unions, etcetera,” one law-enforcement official told The Post. “The last thing they want is someone to put them back in the papers and on TV.”

Secrecy is key to the success of the Genoveses, the biggest and most powerful of New York’s five families.

They engage in the same activities as others — loan-sharking, extortion — but it’s common for their soldiers to not even know the full names of the bosses they work for or other criminal associates, experts say.

In January, the feds busted Joseph “Joe C” Cammarano Jr., the boss of the ultra-cautious Bonanno family, on charges of murder conspiracy, extortion, drug dealing and loan-sharking. The 58-year-old godfather, a Navy vet whose underboss dad died in jail, had taken the reins of the operation three years ago, vowing to revive the organization.

He and his crew of cronies, including Pete Rose’s former bookie, constantly fretted over rats in their ranks, prosecutors said, following a tide of turncoat testimony over the years, starting with FBI mole Joe Pistone, aka “Donnie Brasco,” and ultimately including boss Joseph Massino.

The Luccheses also got hit last May, when current boss Steven “Wonder Boy” Crea got busted on racketeering and murder charges, along with 17 other family members or associates, including Crea’s son, Steven Crea Jr.

Despite those takedowns, there’s still plenty of money to be made among the bent-nose set. Strict regulations that went into effect following the mortgage meltdown provided a nice boost to the business of street loans — fast cash at an exorbitant rate.

“Things are tight with banks these days, so if you’re running a business and need a loan, you might be willing to pay the 3 percent weekly vig,” said the former NYPD detective, referring to the usurious interest that mob lenders charge. 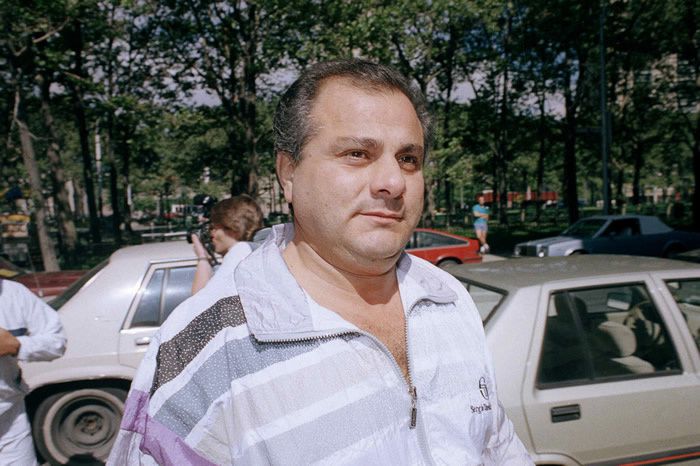 Gambling continues to rake it in.

“The Internet is an important tool for the business and a lot of them use it for Internet gambling,” mob author Selwyn Raab told Rolling Stone.

“And why not? People aren’t going to bookies the way they used to. They couldn’t compete by just having some old-fashioned bookmaking with some guy with a telephone … It’s big, it’s a lot of money.

And if you’re putting up a Manhattan skyscraper, chances are some of your construction budget finds its way into mobsters’ pockets.

That’s because Mafia honchos retain influence in the trade unions, which allows them to finagle deals in which builders pay union rates for jobs that then go to non-union workers, who are willing to take less. Wiseguys pocket the difference. They also tack on extras to every bag of concrete purchased for the project.

It helps that law-enforcement’s top priority is terrorism, not the Mafia. Following 9/11, the combined organized-crime fighting forces of the FBI and NYPD in New York went from 300 or 400 agents, down to 20 or 30, according to Raab. “When you don’t have the personnel, you’re not going to have the indictments or convictions,” he said.

Even so, old-time wiseguys lament that much of the culture of La Cosa Nostra sleeps with the fishes.

There’s very little communication among the five families, for example. Previously, when an associate or aspiring gangster was proposed for official membership, all the families had to give their OK. “Now they’re not passing the lists around to each other,” said one source. “The Colombos just made about half a dozen guys but they didn’t tell the other families.”

Many of those coming into the life aren’t of the same sturdy stuff as during the Mafia’s heyday, insiders say.

“They had to lower their standards when making people,” said another law-enforcement source, noting that fewer people are joining the mob — and many are leaving it.

They’ve also disappeared from neighborhoods that loved their lore.

“Little Italy, where you used to have all the social clubs, is nothing more than a collection of restaurants,” said Raab. “Same thing in Bensonhurst [Brooklyn]. They no longer live there and don’t have to operate there.”

And there’s less violence. If a lesson can be learned from Gotti’s bloody run or the ruinous Colombo internal war of the 1980s, it’s that murder is bad for business. Nor is there much threat of retribution, should one get caught and turn state’s evidence against former associates.

Chris Paciello, a close associate of the Bonannos and Gambinos, was responsible for putting away 70 top wiseguys, including Bonanno boss Massino, according to his lawyer, Ben Brafman. Yet Paciello, who’s dated Madonna and Sofia Vergara, is hardly in hiding. He runs a nightclub in Miami’s South Beach.

And the most infamous mob rat of all, Sammy “The Bull” Gravano, the homicidal underboss whose testimony put former best friend John Gotti in jail, is alive and well. And free as a bird.
Even with all the changes in the Mafia, some things remain the same.

“They’re still part of the fabric of New York City,” said a law-enforcement source. “They’re never going to go away.”