One of the last living survivors of the Nazi concentration camp at Sobibor, Jules Schelvis, has died. The Dutch national was the author of several books, including an internationally renowned work on the camp. A 22-year old Schelvis was deported from the Westerbork transit camp in the Netherlands in June 1943 to the Nazi concentration camp on what was then the Ukraine border in occupied Poland - and is now in eastern Poland.

On arrival, his wife and in-laws were murdered within hours, and he was one of the few sent to work. The average life span of a Sobibor inmate not sent immediately to the gas chamber was counted in weeks. He survived about five months.

Schelvis passed through a series of camps in occupied eastern Europe, among them Auschwitz, before being liberated by French troops from a camp in Vaihingen, in western Germany, at the end of the war.

Schelvis then worked to document what had happened at Sobibor, which was a satellite camp of Treblinka during the Nazi occupation. After the Second World War Schelvis established the Sobibor Foundation, which confirmed the 95-year old's death Monday. Sobibor was a Nazi German extermination camp located on the outskirts of the village of Sobibor, in occupied Poland. It lay within the territory of the General Government during the war and was part of the secretive Operation Reinhard, the deadliest phase of the Holocaust in German-occupied Poland.

During a revolt in October 1943, about 600 prisoners tried to escape and a half succeeded in crossing the fence, of whom around 50 evaded capture. Shortly after the revolt, the Nazis closed the camp, bulldozed the earth and planted it over with pine trees to conceal its location. 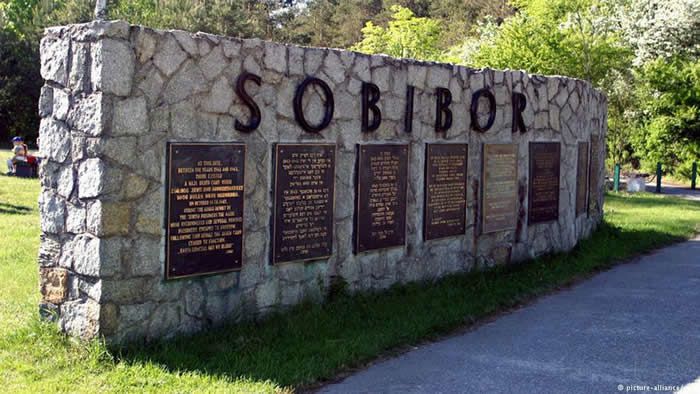 A memorial at the site of a Nazi death camp in Sobibor, Poland

At the postwar trial against the former SS personnel of Sobibor, held in Hagen two decades after the war, Professor Wolfgang Scheffler estimated the number of murdered Jews totaled a minimum of 250,000 from 1942-43. More than 34,000 were from the Netherlands. Schelvis was one of only 18 Dutch people to come back from Sobibor.

In September 2014, a team of archaeologists unearthed remains of the gas chambers under the asphalt road. But prosecutions have been rare.

In 1966, 11 former Nazi SS men were tried by a West German court for the genocide at Sobibor. Only camp commandant Karl Frenzel was sentenced to life imprisonment for his crimes. Five other defendants were given jail terms of between three and eight years. The other five were acquitted.

Schelvis was a co-plaintiff in the trial of Sobibor guard John Demjanjuk, who was found guilty in 2011 of being an accessory to the murder of 28,000 Jews.