ZIMBABWEANS in South Africa this past weekend held a belated Joshua Mqabuko Nkomo commemoration where a number of local artists provided entertainment. 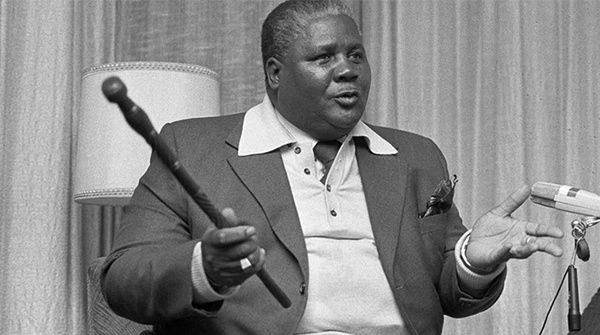 Hundreds of the country’s citizens living in the neighbouring country thronged Berea Park in Johannesburg for the event which was organised by Matabeleland Entertainment News (MEN) and sponsored by Kingdom Blue Life Insurance, a local company operating from South Africa.

Mpofu said the event has been attracting thousands of Zimbabweans each year. He appealed to Government and private sector to support such initiatives in order to unite people, heal wounds of the past and help in the country’s reconciliation drive.

“When you think of the liberation struggle, the first person to think of is Joshua Nkomo because he gave his life for our freedom. He went through many challenges but managed to rise as a unifier which is what we should strive for as a nation,” Mpofu said.

Speakers at the event encouraged Zimbabweans to be part of the country’s rebuilding exercise and plough back to their communities for development.

Mpofu said they decided to hold the event in South Africa because of the need to unite the many Zimbabweans living in that country.

“We celebrated the life and good works of our fallen hero and Father Zimbabwe Dr Joshua Mqabuko Nkomo at Berea Park through music, cultural dance and poetry.

“As a community organisation that is dedicated to bringing our people in South Africa together, MEN took it upon itself to celebrate the life of our heroes,” said Mpofu.

He said their plan is to celebrate significant dates in the country’s history.

“We want to help Zimbabweans outside the country to preserve their culture and identity. We believe we are a unique people with a unique culture that needs to be celebrated so that we instill identity pride in the lives of our children and the coming generations,” highlighted Mpofu. – @ncubeleon