A 93-year-old man will go on trial in Germany on Thursday for crimes of complicity in mass murder at a Nazi death camp during World War Two. 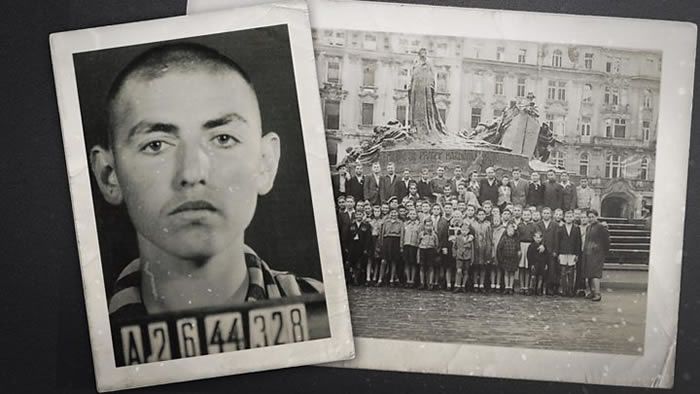 Bruno Dey is accused of contributing to the killings of 5,230 prisoners between 1944 and 1945 in the Stutthof camp in what is now northern Poland.

Mr Dey has admitted serving there and having knowledge of atrocities being carried out at the camp.

But the former guard said he was not complicit in any murders.

The trial is likely to be one of the last against a former Nazi guard.

The hearings will be restricted to two-hour sessions of no more than twice a week, because of Mr Dey's ill health.

The prosecution alleges that Mr Dey - who was about 17 when posted to Stutthof - was one of the "cogs of the murder machine".

German newspaper Der Spiegel reports that he is accused specifically of killing 5,000 people by creating and maintaining hostile conditions, 200 by gassing and 30 using a Genickschussanlage - a device for surprise executions with victims shot in the back of the neck.

The court will decide whether he "knowingly supported" the killing of Jewish prisoners in particular, as the prosecution alleges.

As he was not yet 21, Mr Dey will be tried in a juvenile court. Stutthof has been preserved as a museum

Prosecutors only opened the case against Mr Dey in 2016, after investigators found SS clothing with his name and signature in the Stutthof archives.

His trial comes after a landmark case that overturned a 1969 ruling that being a staff member at Auschwitz was not enough to secure a conviction.

Oskar Groening, known as the bookkeeper of Auschwitz. was given a four-year prison sentence for being accessory to the murder of 300,000 Jews in 2016, without evidence of involvement in a specific killing - a move hailed by Nazi hunters as a major shift.

But Mr Dey's advanced age could affect proceedings. Johann Rehbogen - also accused of complicity in mass murder at Stutthof - had his trial suspended in December 2018 after the 95-year-old was hospitalised. It is unlikely proceedings will be restarted.

Stutthof was set up in September 1939 east of Danzig - now the Polish city of Gdansk - as an internment camp in the wake of the Nazi invasion of Poland. It was officially designated a concentration camp in 1942.

It was the first such camp built outside of German borders in the war and the last to be liberated. Stutthof was liberated by the Soviet Army on 9 May 1945.

More than 65,000 people are thought to have died in the camp. Guards began using gas chambers in June 1944, while a number of forced labour factories were set up in the area to help make equipment for the Nazi war machine.

There is evidence that Dr Rudolf Spanner used fat collected from human corpses at Stutthof to make soap.